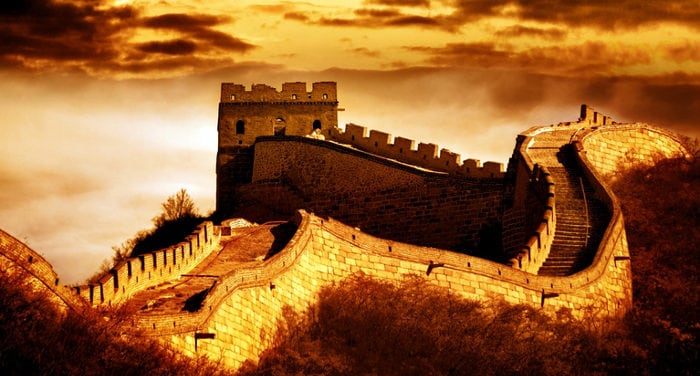 SDC – or Sapore di Cina – (“Flavour of China” in Italian language) is a portal that offers firsthand information on how to travel or work in Asia, with China as the main focuses.

Since December 2011 we have published at least one article a week (but usually more than one) and we respond to all messages left on the site.

At the moment SDC has about 250,000 readers a month. The majority of those how regularly follow us have enrolled for our newsletter, which is free. Besides the new articles that we publish, subscribing to our newsletter you will also receive via email our e-Book “Travel to China”.

To subscribe just insert your email address in the form that you find on the homepage (you have to click on the link and scroll down to see the form).

If you live in China, like to write and wish to try your hand in front of an audience passionate about China, click here to propose an editorial collaboration.

Sapore di Cina is a website that provides first-hand information about living and traveling in Asia. Below you will find the current and past authors that contributed to create the content of this website
See all articles published by Sapore di Cina

Aldo Terminiello (1989), has been writing and drawing since he was little and has done so for one year in Kunming, China where he finished his degrees in Chinese and English. The story of that year, transformed into a graphic novel, is being published on its website QinAode. He translates, illustrates and teaches English and Chinese depending on the case.
See all articles written by Aldo Terminiello

Andrea got interested in China by chance and now has already been studying the Chinese language and culture for more than six years. She loves art, cooking and traveling. Currently, she lives in Shanghai, searching for the direction of her life.
See all articles written by Andrea Lasheras

Born in Italy in 1992, he graduated in Chinese and English Language from the University of Enna Kore, in 2014. Currently, he’s a Professor of Chinese Mandarin in Caltanissetta, while he also keeps studying Japanese and Classic Chinese at the University of Torino.
See all articles written by Armando Turturici

Camilla has lived in China for three years. After an incredible experience in Lanzhou, she decided to apply for a scholarship from the Chinese government. Presently she studies in Hangzhou, at the China Academy of Art, to get my masters in art history: with a suitcase and camera in hand, always ready to travel in China or, more in general, in Asia.
See all articles written by Camilla Fatticcioni

Graduated in 2011 from Bologna, Elena is dedicated to communication, with passion and devotion in many of its forms: from writing to photography, to organizing events and developing new projects. You can contact Elena on her blog, Ojos de Muscas: Islands, Rites and Women.
See all articles written by Elena Muscas

I’m 24 years old and I’m finishing my master’s in Chinese language and translation. At the moment I live in Shanghai, and I hope to stay in China for a long time. You can find me on Linkedin
See all articles written by Gianluca Falso

Giorgia arrived in China in 2013, after graduating in Foreign Languages and Culture. She loves traveling, writing and cooking. At the moment she lives in Taiyuan, in Shanxi Province.
See all articles written by Giorgia Borza

I’m a fan of the Chinese language, books, and editorial tradition. I love to write and travel anywhere and in any way, but Asia has the priority. You can find me on Linkedin!
See all articles written by Manuel Recchia

Born in Catania in 1995, I am a fan of foreign languages, editorial translations and sports interpretation. I’ve had two study experiences in China, at Renmin University of Beijing and Nanjing University. I love China and Chinese culture. You can find me on Linkedin.
See all articles written by Marco Oliveri

Rita Andreetti lives in Nanjing, where she has a lot of fun. She loves movies, would like to speak better Mandarin. Also, she writes, travels and swims a lot. Sometimes she cooks.
See all articles written by Rita Andreetti

Graduate in Diplomacy and International Studies, she loves to travel and since 2014 she lives in Bangkok, a metropolis that allowed her to get in touch with the customs of all South East Asia.
See all articles written by Stefania Battaglia

Who we are (past contributors)

Alessandro lives in Beijing, where he’s attending a Master in International Relations at Peking University. Previously, he studied Asian Languages, Culture, and Society at Ca’ Foscari University (in Venice) and Chinese Mandarin at the School of Oriental and African Studies (SOAS), in London.
See all articles written by Alessandro Zadro

Andy is from Liverpool, England. Since his teens he’ve traveled and worked around the world, in his younger days working on yachts motor and sailing, Mediterranean and West Indies; then in the last 30 years around South East Asia working as security, usually on ships and for oil companies. His usual base is in Chiang Mai, Thailand, but he’s currently in Da Nang, Vietnam.
See all articles written by Andy Harvey

Blue Heron arrived in China in 2011. He previously worked as a “sous chef” with an Italian chef. Now he does consulting in marketing and sales and studies Mandarin at Shenzhen University. His top priority is raising his son. Raising a child internationally has its own challenges, and even it’s own label, “third culture kid.”
See all articles written by Blue Heron MacCormack

Cristiano is a teacher that lives on the gorgeous coast of Shandong. He works at the Chinese Academy of Nonsense, where he earns the money for his next trip around the world
See all articles written by Cristiano Mei

An avid football fan and lover of good food, Daniel has graduated in 2015 in South Africa and is now studying Chinese language at the Harbin Institute of Technology.
See all articles written by Daniel Schroeder

Born in 1974, I graduated in Industrial Chemistry at the University of Bologna. Driven by the passion for traveling, I’ve visited many countries in Europe, in South America and Asia. Since 2003 I have worked in various companies, mostly as quality assurance and waste management manager. I am currently in China to study Tai Chi, Chinese language and culture, living between Guangxi and Guangdong Province where, in Foshan, I work as quality, work safety, and plant maintenance manager.
See all articles written by Enrico Randi

Harley Greenberg arrived in China in 2008 as a Peace Corps Volunteer. When not teaching he would always crisscross the country and his first visit to Tibet was in 2009.
See all articles written by Harley Greenberg

Kristen Ng is a writer from Wellington, New Zealand, who writes about music, art and cultural identity at www.kiwese.co.nz. She first moved to Beijing in 2013 as a language student and currently resides in Chengdu.
See all articles written by Kristen Ng

Born in China but raised in Italy, after graduating in Architecture Luca decided to come back to his mother country to find his own way and identity. At the moment he lives and works in Shanghai as an architect. During his free time, he teaches Italian language to young Chinese people and writes short novels.
See all articles written by Luca Xu

Professional Chinese teacher and amateur cook. She dreamed of being a good housewife but she failed. She is co-founder of EsChina Space a small school in Barcelona about Chinese language, gastronomy and culture
See all articles written by Luna Zhou

Marco Neri was born in 1978. At 26 years-old he decided for the first time to seriously fall in love: the unfortunate choice was a tiger from Dongbei who to this day supports and puts up with him. Obsessed with soccer and now China, in everyday life he’s a journalist
See all articles written by Marco Neri

Marco Sugar arrived in Asia by accident and has no intention to go back to “safety”. When he thinks about doing something, he always ends up doing something else.
See all articles written by Marco Sugar

Marie is a French girl who has lived all over the U.K. and the U.S. before somehow settling down in Beijing. Her main job is to inspire people to come and experience China through internships or volunteering. She loves traveling, margaritas and learning Mandarin slang. She has embarked on a lifelong quest to sample China’s tastiest eggplant dish.
See all articles written by Marie Pilaud

Marta, or Lingwei, is a student that decided to take a break from her Italian life to live with a Chinese family in Nanjing and try to understand what the word “China” means.
See all articles written by Marta Lovisolo

Italian and graduated in International Relations. He likes to spend the summer nights, but also during cold winter evenings, watching the stars with his trusty telescope. He love music and technology and hope to inspire your curiosity about travel and what this stunning world can offer.
See all articles written by Matteo Isola

He arrived in China in 2012 for studies, and from the beginning, he hasn’t stopped exploring this magnificent country. One day he began to travel to the hidden treasures of China and forgot to go back home.
See all articles written by Nacho Garcia

Neela just wanted to leave her comfort zone when she left to work in China in 2014. But then, if it’s possible to fall in love with a country, she fell in love with China and admires South-East-Asia as well. Whenever she can, she goes back to travel to new places and deeper explore the ones she already knows in China and South-East-Asia. While traveling she is likewise writing about it on Naiveorbrave.com.
See all articles written by Neela Gerken

Nick seeks to reveal aspects of today’s Chinese society by sharing his observations of life in China without holding anything back or allowing political correctness to get in the way.
See all articles written by China Nick

Pietro has many dreams and some hope. He loves to travel and see no future.
See all articles written by Pietro Acquistapace

Richard Kronick is a long-time English teacher in China and creator of the free step-by-step course The Complete Guide to Landing a Dream Job Teaching in China.
See all articles written by Richard Kronick

Simon Stanley is a freelance writer based in Ho Chi Minh City, Vietnam. Visit his website at www.simonstanleywriter.com.
See all articles written by Simon Stanley

Sborto was a researcher who lived and worked in Beijing five years. Now he tries to share his passion for Chinese culture and gastronomy in his small academy in Barcelona, EsChina Space. Sborto created the Spanish version of Sapore di Cina
See all articles where Sborto Zhou has contributed

Taylor is from Washington, D.C. and has been living in Beijing for the past two years to confuse his friends and family. When he’s not eating street food, he occasionally does some writing and tries to marginally improve his Chinese. You can find him at Re Orient Yourself
See all articles written by Taylor Hartwell

Vanessa Anderson is a global traveller living her life passionately by experiencing different cultures around the world. She currently lives in China working as an English teacher. You can follow her alternative lifestyle at www.DivergingRoads.com
See all articles written by Vanessa Anderson