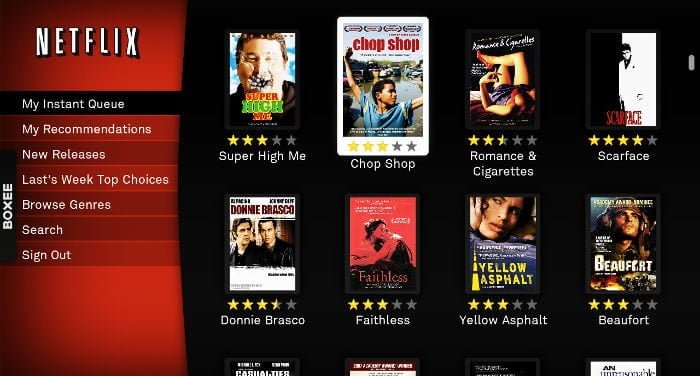 Many platforms for live streaming television, films, or series have geographic restrictions and don’t offer all of their content in every country, especially in China. This is the case with Netflix, HBO Go, Amazon Prime Video, Hulu, Sky Go and BBC iPlayer, among many more.

Using a VPN is usually the best solution to be able to enjoy these platforms without restrictions.

However, many of these platforms have started to detect and block users using proxies and VPNs.

In this article, we will explain how you can easily access geographically restricted content and which VPNs still work to access Netflix, HBO Go, Amazon Prime Video, Hulu, Sky Go, and BBC iPlayer.

One of the common problems experienced by people outside of their country is accessing geographically restricted content and specifically audiovisual content.

Popular platforms such as Netflix, HBO Go, Amazon Prime Video, Hulu, or Sky Go aren’t available in every country (for example, China), and even if they are available, their content tends to vary greatly from one country to another.

In addition, national television platforms tend to only be accessible for users within the country, or their content is very limited for users connected from other countries. BBC iPlayer is a clear example of this.

So, how can I watch my favorite TV shows from another country?

Up until now, the best solution that I’ve found is by using a VPN.

A VPN (or virtual private network) is a system designed to improve the security of your internet connection (by hiding your IP address and encrypting your information) and to access private networks (such as your work network) without being directly connected to them. Click here to find out more details on how a VPN works.

How to use a VPN to access streaming websites

Good VPN providers have multiple servers located in different countries. When you use a VPN to surf the web, the pages you visit don’t see your real IP address (because it’s encrypted) but rather the server which you are connected to.

If you, like me, have spent many years in China and you want to use Youku or watch the Chinese TV, you can also use a VPN to watch your favorite Chinese programs from your country.

What are the best VPNs that still work?

With the increasing use of systems to hide real IP addresses (such as VPNs and proxies), many streaming platforms have started to try to limit the use of these systems by their users. Because of this, currently, the majority of VPNs don’t let you access platforms such as Netflix, HBO Go, Amazon Prime Video, Hulu or BBC iPlayer.

Below, we give a list and a brief review of four VPNs that let you access these platforms:

Speed, reliability, ease of use, stability, number of servers and technical service

Price and simultaneous connections
ExpressVPN is the VPN that we usually recommend for the majority of users. It is very easy to use, it offers a service that rarely has problems even with the poorest internet connections. The few times there’re connection problems, the excellent technical service usually solves it quickly and efficiently. Definitely, a VPN for those who do not want complications.

Speed, security, own servers and the Chameleon protocol

Technical service
VyprVPN is without a doubt one of the best VPNs especially if you are interested in having the most secure connection possible as it offers its own servers, its own encryption protocol (Chameleon™) and an additional layer of security with NAT Firewall.

Simultaneous connections, ease of use, security and dedicated IPs

Price and stability
Nord VPN is one of the VPNs that offer the best features, it is very complete, fast and easy to use. However, sometimes it has stability issues and some servers don’t work very well. Although the price is a little high, its extra security and anonymity options are valuable. Without a doubt, a VPN to consider especially if you are looking for dedicated IP.

Ease of use and website
VPN Area is a high-quality VPN (stable, very fast and reliable) at a very reasonable price. Also, by being less known, your servers are less likely to be overcrowded. However, sometimes is difficult to configure without the help of the technical service and it has an outdated website. VPN Area is recommended for “for people looking for an effective alternative to the large providers.

P.S. Only VPN Area has servers in mainland China. If you want to view content from mainland China that is geographically restricted, I recommend that you read this article.

What VPNs no longer work to unblock streaming platforms

Many popular VPNs have stopped working to access the majority of the most widely used streaming platforms. Below is a list of some of them:

Are there any free options?

Some websites claim that they have been able to do it with proxies or free VPNs. However, in my experience, I don’t recommend this, as many of them aren’t capable of properly hiding your IP address, and if they do manage to work at some time, they are unstable and offer speeds that aren’t compatible with streaming.

A good VPN costs a few bucks per month and for this amount, personally I would rather have something that always works than waste my time testing various free options which sometimes work and sometimes don’t. In addition, many of these services are not registered companies. Who is going to guarantee you that this proxy or VPN is not a virus or malware?

Also, keep in mind that many free VPNs are free because they install a software on your computer which displays advertising – in the form of popups or in other ways – while you are surfing the net.

How to configure your VPN to access streaming platforms

Below, we give some recommendations to be able to use your VPN to watch movies and series on platforms such as Netflix, HBO Go, Amazon Prime Video, Hulu or Sky Go.

By default, I recommend the following:

If you’re having problems:

In general, you don’t need to do anything special to access Netflix and other streaming platforms with ExpressVPN.

It’s a good idea to do the speed test for the server that’s working the fastest to have the best resolution possible.

If you run into any problems, they tend to be resolved by closing your browser, disconnecting the VPN and trying a new server.

It’s important to ensure that VyprDNS is activated before connecting the VPN. Other than that, follow the general recommendations.

Normally you don’t need any special configuration to access streaming platforms with NordVPN.

If you have problems, it’s a good idea to erase your browser history and restart the device. In any event, the VPN’s website has very specific instructions on what to do on each type of device for each of the most popular platforms.

Even though VPNArea doesn’t tend to have problems connecting to any streaming service, optimizing the VPN for good performance can be tedious.

I recommend contacting their technical department so that they can tell you the best configuration for the platform that you want to use. They are usually very fast and efficient.

Is my VPN useful in my country?

In addition to improving the security of your internet connection (most of all on public networks) and allowing you to access services not available in your country, using a VPN has been shown to be very useful to improve streaming speeds on websites such as Netflix, where the conventional channels may be saturated by the number of users. See the video below for a detailed explanation:

Although using a VPN to access Netflix, Hulu or other streaming platforms is a habitual practice , the legality of this behavior is not clearly defined and is a subject that is still widely discussed on the internet. Do so at your own risk!

Click here to check the VPNs that we recommend!

How can I watch Netflix in China with a VPN?
Since Netflix has become very good at detecting a VPN, there are only a few VPNs that still allow you to watch Netflix from China. One of the best is ExpressVPN.
Can Netflix detect a VPN?
Yes, Netflix can often detect your VPN. When this happens, what they do is block your VPN IP address so that you can’t use that server (or that VPN) to watch Netflix anymore.

However, at the moment, Netflix can’t detect all VPNs, and there are still some VPNs that let you watch Netflix, such as ExpressVPN.