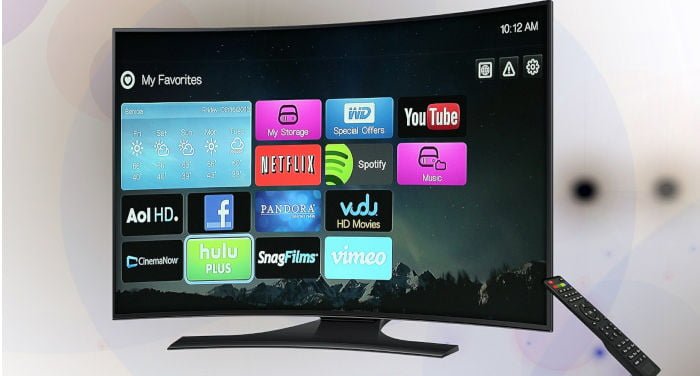 Have you ever wondered which are the best Chinese apps to use on your smartphone or tablet, to listen to music, watch movies or streaming TV series, and practice your Chinese between one work break and another or while you’re on the subway?

In this article I will propose a list of apps to you that I usually use during my daily life, highlighting the advantages and disadvantages of each.

NB: All these apps, once you’ve paid for the first month’s subscription, follow the zidong xufei 自动续费 (automatic renewal) formula, which you can easily deactivate by clicking on the app’s settings, otherwise the preestablished charges will be withdrawn from your account each month with one day’s notice via WeChat Pay or Alipay.

The first app is NetEase Cloud Music, one of my favorites. It was released in 2013 and is available on iOS, Android, Windows and Linux devices.

In the past few years it’s having more and more success particularly with youths, and – in my opinion – could be compared to our Spotify because it offers a wide gamut of not just Chinese songs, but international ones as well, with many playlists chosen by various users that are suggested daily based on your preferences.

QQ Music is a streaming music service – one of the most famous and popular in China – run by Tencent Music.

According to official estimates that were updated in January 2019, a good 323 million active monthly users were registered that take advantage of QQ Music’s musical platform, a true success story considering that the colossus Spotify currently numbers around 250 million.

You can download the app easily either from the Play Store or Baidu 百度, the Chinese equivalent of Google. When using it outside of the borders of China, there are some limitations on use due to copyright laws, and in fact, the following writing will usually appear:

With the free version, you can listen to songs (not all) with the sound quality of 128 kbit/s, sometimes even offline. Just like its abovementioned competitor, there are two Premium versions for which I will list the main features:

For both versions, the music can be listened to, and downloaded, at 320 kbit/s.

The third and last app that I’ll suggest – available for both Android and iOS systems – for streaming music is KuGou Music (launched in 2004), which according to estimates published by iResearch at the beginning of 2019, is the app with the most monthly users in China, barely surpassing QQ Music.

In this case too, it can only be used in Chinese territory, as you can infer when the get the following message after clicking the song you want to listen to:

«Yin banquan baohu, gai gequ jinxian Zhongguo dalu diqu shiyong» «因版权保护，该歌曲仅限中国大陆地区使用» (Due to the copyright, this song can be listened to only in Chinese territory), which is something that won’t happen with NetEase Cloud Music.

What makes this the most used musical platform in China in 2019 are its many services that it offers – available only by buying the Luxury version – a good 21 of them, of which I’ll now mention a few of its most extraordinary:

For new users the first-month subscription of the Luxury version costs 9 Yuan, which then automatically renews to 15 Yuan a month; the three-month plan costs 45 Yuan and the yearly one 128. For just a music only package, the monthly plan costs 7.6 Yuan, the three months 24 and the yearly 88.

This is the first of two digital radio platforms that I will speak of in this article.

This is an app, founded in 2015, again owned by Tencent Holdings Limited, through which you can listen to a good 10 types of podcast (an audio/video file accessible at all times) and radio broadcasts: from the most famous Chinese newscasts to cabaret programs, from music to comedy, from a variety of kids programs to sentimental stories, to live transmissions of CNR (China National Radio).

As soon as you download the app, you’ll be asked to choose your preferred type of audio files, then you have to register, tying it to your Weixin 微信 (WeChat) or QQ account and, lastly, you can immediately listen to what you like best.

The great thing about this app is that it is totally free and represents – in my opinion – valid support for neophytes starting to learn Chinese or maintaining it for those already in the process.

It is also possible to download the podcasts in a standard or high-quality format, and once the download is complete, you can listen to it at any time of the day.

This is a good radio platform with more types of audio files compared to the previous one. For example, among the most recurring themes are politics, literature, technology and the so-called erciyuan 二次元 (the world of video games and anime) for fans of anime, manga, and video games.

You can also read excerpts from some novels, increase your knowledge of cars or about fashion. Unfortunately though, for many podcasts, in order to get the most out of them, you’ll have to pay and can only listen to them in China.

I think it’s also interesting to suggest the section waiyu 外语 (foreign languages) with the options of practicing in English, Japanese and even Italian, for which I’d suggest the following program shuoshuoshuo yidaliyu 说说说意大利语 (let’s speak Italian!)

This is without a doubt one of the best apps for podcasts out there, available for both the Android and iOS systems. In my opinion, in comparison with the other two apps, I just described, this one is most complete.

You can choose from thousands of podcasts and novels read by famous Chinese interpreters; in particular, in the section jiaoyu 教育 (instruction) you can find material about politics, economics, history and even psychology, such as 5 fenzhong xinlixue 5分钟心理学 (5 minutes of psychology) for example, which you can comfortably listen to where you want by clicking on this link.

A very interesting section – but impossible to understand if you don’t have minimal language skills – is the one that is completely dedicated to yueyu 粤语 (Cantonese) with podcasts on soccer, economics and music.

Apps for movies and TV series

This is the best app and platform to watch streaming movies and TV series, the equivalent of the American Netflix, which counts a good 500 million monthly watchers. It was founded in 2010 in Beijing, and these days is starting to take off even in Europe.

It’s available for Android, iOs and Pc systems, the last being something I strongly recommend because it is more comfortable and easy to use. You can find all sorts of movies and TV series, even those that have just come out in theaters with high-quality video and subtitles (great support for those who are not native Chinese).

I recommend the Premium version because with the free version you can only see some movies. The cost of a subscription is 58 and 198 Yuan respectively for the three month and annual plans, for Android and Pc with an automatic monthly renewal fixed at just 15 Yuan.

If instead, you have an iOS system the price goes up a little bit from 68 Yuan every three months to 248 each year, with a renewal of 19 Yuan a month.

The only defect of this app is that for the majority of movies or TV series that it contains and for which you need a Premium subscription, they can only be used if you have an IP in China, though the problem can be resolved through a VPN with a server, again, in the country of China.

If you’ve lived even a short time in China, there’s no way you’ve never heard of Youku, the equivalent of Youtube. In fact, in this app – available for Android and iOS – you can find quite a few amusing videos, TV series, sketches, a wide section of tutorials on video games and much, much more.

As a platform similar to Youtube, each user – after registering with a WeChat account (as usual) or cell phone number – you can upload your own videos and subscribe to channels you like the most.

Obviously, to have access to all the audio/video files you need to buy the Premium package, which for new users costs 9.9 Yuan for the first three months and then goes up to 15 for the fourth one onward. For the half-year plan the price is currently 64 Yuan, while the yearly one is 118. Hurry though, because the current promotion is only valid for a limited time.

The third app – available for Android and iOS – which I strongly recommend (they have 900 million monthly users) for those who find themselves in China for study or work and want to watch movies or any video material that’s not just Chinese but international – without having to use a VPN – is definitely Tencent video.

This is the most complete of the three because, in it, there’s not only a wide array of movies – the rest is a collaboration with the most important Chinese television stations (Jiangsu, Beijing and Dongfang TV station) – and American and Chinese TV series (The Flash, Game of Thrones and Arrow), but also shows about cooking, fashion, fishing, gardening (and much, much more!) for a total of about 60 sections, many of which unfortunately require payment.

For that reason I can tell you that the free version is more than sufficient – note that there’s a section called huoguo shipin 火锅视频 (lit. hotpot videos) very similar to what is offered by the now popular Douyin 抖音 (TikTok) – but if you want to get the most out of the Premium version (suitable for use on smartphones, iPads, and PCs, you can connect up to three devices) you’ll have to pay 12, 40 and 118 Yuan respectively for the first month, three months and a year because the renewal is automatic for 15, 45 and 178 Yuan.

If though you want to connect a fourth device – in this case the TV – I recommend that you subscribe to the Super Premium version, whose prices for one month, three months and a year respectively cost 22, 78 and 268 Yuan with an automatic renewal of 30, 88 and 348 Yuan.

Even though it’s an app that’s of lesser quality than the previous ones, this is one of my most recommended. Since 2012 it has signed an agreement with Youku, and for this reason, it can also be called Youku Tudou 优酷土豆.

In it you can found lots of short amateur videos (similar to Youku) – which are constantly being updated – on nature, travel, sports (and not just that), but also TV series, films, and documentaries. The latter though, cannot be seen completely unless you buy the Premium version.

The app is actually free, but – in my opinion – there are too many ads lasting an average of 45-60 seconds that make navigating rather slow, and at times, annoying. For some videos and movies, an IP in China is required, and therefore can’t be seen in foreign territories.

You can buy the Premium version for 9.9 Yuan a month for the first 3 months (with a renewal of 15 Yuan a month), 64 Yuan for the half-year plan and 198 for the annual one.

Attention: this app doesn’t support payment through WeChat Pay, but rather only with Alipay or the virtual credit option Mayi Huabei 蚂蚁花呗 (Ant Credit Pay).

Born in Catania in 1995, I am a fan of foreign languages, editorial translations and sports interpretation. I've had two study experiences in China, at Renmin University of Beijing and Nanjing University. I love China and Chinese culture. You can find me on Linkedin.