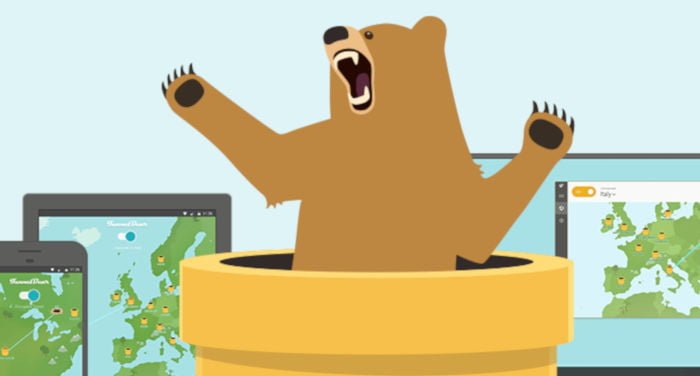 This article is divided in 2 parts:

Tunnelbear – The best free VPN for China (in our opinion)

TunnelBear is without a doubt one of the best free VPNs on the market. It’s a secure VPN with a clear privacy policy that doesn’t put ads or malware on your devices (which is very common among other free VPNs).

However, if you want a VPN with good performance in China or to get around geographic restrictions (for example, to watch Netflix), we recommend that you choose one of the premium VPNs that we recommend in this article on the best VPNs for China (updated monthly).

Trial period or guaranteed money back: 500Mb free per month

Free: TunnelBear gives you 500 MB per month for free. In addition, it’s one of the only low-cost or free VPNs that doesn’t compromise your privacy or security.

Easy to use: Its apps are very easy for everybody to use.

GhostBear: Despite being a low-cost VPN, it offers the possibility of obfuscated connections, which prevent the connection from being identified as a VPN, which is very useful for getting around geographic restrictions and censorship. However, it’s not as powerful as other VPNs, as for example, Tunnel Bear won’t let you watch Netflix.

Speed: As tends to be the case with cheap VPNs and those offering free services, this greatly affects the VPN’s performance, as they can’t maintain a lot of servers and the majority tend to be saturated with users.

Performance in China: In addition to its poor performance, TunnelBear doesn’t offer the possibility of using OpenVPN on iOS devices, which is currently the only protocol that usually works in China. There are much more stable and faster VPNs for China.

App simplicity: Despite the fact that the app is very easy to use, for advanced users, it might seem too simple, as you can’t customize practically anything.

External audits: TunnelBear states that it was the first VPN to be subject to external auditing to demonstrate that it doesn’t participate in the doubtful practices that are very common among VPN providers (especially free VPNs), such as selling bandwidth and browsing data, offering low security levels or even installing malware. The audit carried out by Cure53 found a few vulnerabilities that were later corrected, which seems to indicate a credible and rigorous audit.

It’s clear that TunnelBear makes sense if you choose the free subscription with a one-time use of the monthly plan if you run out of data before the month is over. Remember that you have to cancel the subscription if you don’t want to use the unlimited data plans, as otherwise you might be automatically charged for the renewal.

Who do I recommend this VPN for?

In my opinion, Tunnel Bear is recommendable for people that want to use their VPN in a very limited way, such as for sending WhatsApp messages, as in this case, you don’t need a lot of speed and the 500 MB for free should be more than enough for one month (unless you send and receive photos and videos all day). 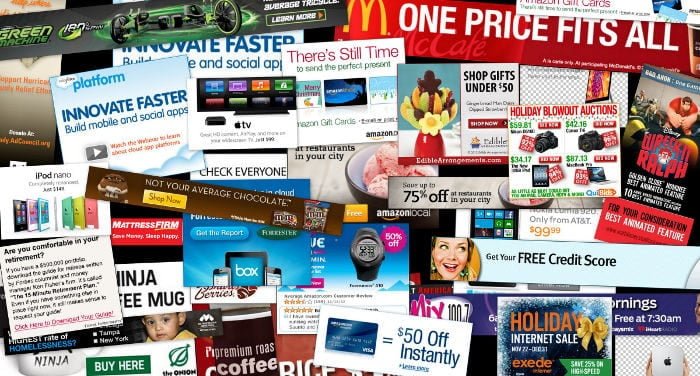 6 reasons to avoid most of free VPN

In this second part of the article, I expose 6 reasons why you should avoid using most of free VPN.

Offering a VPN service is not free

This is the main reason why you should never trust a free VPN.

To offer a free VPN service, is it necessary to have servers in various countries. For example, ExpressVPN has more than 1,000 servers located around the world. The cost, whether to maintain or rent them, is high, and can amount to thousands of dollars for each server, depending on the volume of the traffic they are able to withstand.

Unless you believe that someone is going to be so generous as to spend thousands of dollars so that you can use a free VPN, the questions is: where does the money to offer a free VPN come from?

While I imagine that there are thousands of ways to make a profit off of a VPN, in the following sections, you will see some of the methods that the most famous VPNs use to make money.

Some companies sell their users’ bandwidth

As I said at the beginning, maintaining servers isn’t exactly cheap and because of this, some VPNs have designed a system to lower costs; that is, using their users as servers (converting them into a botnet), which is similar to what Tor does. Some VPN providers have even been revealed to sell your bandwidth to other companies. This has two basic problems:

Below, I have added an extract from the FAQ of one of the most famous VPNs (it is even recommended by CNN and Business Insider):

X is a Peer-to-Peer VPN community, where users help other users make the web global again. This means that X redirects traffic through other nodes (Peers) in its network, as opposed to routing via expensive servers.

Some companies collect and sell your internet use data

In 2013, Facebook bought a free VPN app for 120 million dollars, and other companies have followed in its footsteps. Why? The reason is very simple: what these apps or software do instead of providing you with a secure connection is to collect all of the information on your use of apps, web pages visited, what you buy online, etc. This information is very valuable and they use it either to sell to other companies or for their own benefit.

If you read the privacy policy of almost all free VPNs, you will find sentences similar to this one:

They are basically saying that they will use your information for whatever they want.

Some providers modify the web code to show ads

This is another one of the ways to make money off of VPNs, although this is a practice that is much more common with proxies (it is estimated that around 25% of proxies do it).

I am sure that almost everyone has downloaded at least once a free software that filled your browser with ads, and the only way to get rid of it was to wipe your computer clean. While VPN software can be a little more sophisticated, some of them will do similar things. Below, you will find an excerpt from the privacy policy of one of those VPNs:

X may share anonymous data with third parties, including their affiliates, advertisers and current and future business partners. X can use anonymous data collected for the administration of websites, advertising and other promotional purposes, and may share said information with diverse affiliated and non-affiliated entities to those ends. It may also establish agreements with external companies, which permit the personalization of advertising and marketing messages to users while they use X, and these external companies may access the anonymous data collected from users.

This basically says that they will collect all of your information to sell it or to show you advertisements while you use it. So, be careful about the VPN software you install, because this isn’t very far off from malware.

One of the most common uses of VPNs is to improve security when browsing the internet. If this is your case, don’t even consider a free VPN, because as you have seen in the previous sections, free VPNs aren’t exactly secure.

To conclude, if you want a VPN that is actually secure and efficient, just pay for a good service.

VPN services can be used by scammers

Using a VPN means that you are redirecting all of your web traffic through a server controlled by the service provider, which means that this provider has access to everything you are doing. This is basically a paradise for scammers, who can collect bank information, access to user accounts, etc.

While to date I haven’t heard of any large-scale scams via VPN, you should still be careful with websites whose legality is unclear. My recommendation is that before installing anything, you check out their privacy policy to see if they are a serious company and to see what you are accepting by using their services. If they don’t have a privacy policy or a similar document, simply close the webpage, as they are scammers.

In any case, it is more and more common to report VPNs for inserting malware (malicious software) into users’ devices.

If you want a secure and fast VPN that doesn’t sell your browsing data to third parties, I recommend that you read our comparative review of three excellent VPNs that we currently recommend. You will see the difference!

If you are still convinced to buy a free VPN, before downloading any VPN check out Tunnelbear.

It’s one thing to make a VPN work in the United State or Europe, but it’s another thing to make it work in China (or another country with internet restrictions). In China, the difference between good VPNs and others is very obvious, as for a VPN to offer good service in China, it is essential for it to have good servers and good encryption protocols.

Even many paid VPNs don’t work or don’t work well in China, and offer speeds that are incompatible with any use, such as having a Skype conversation or watching a YouTube video.

If you are in China or another country where there are internet restrictions and you are using a free VPN, you will have realized that often it is torture every time you want to look up something on the internet. Do yourself a favor and invest 8 USD per month for a good VPN and stop losing time every time that you connect to the internet.

Sapore di Cina is a website that provides first-hand information about living and traveling in China and Southeast Asia. The content of this site is a collaborative effort of several authors to ensure the information provided is up to date. You can read the about us page to know more.