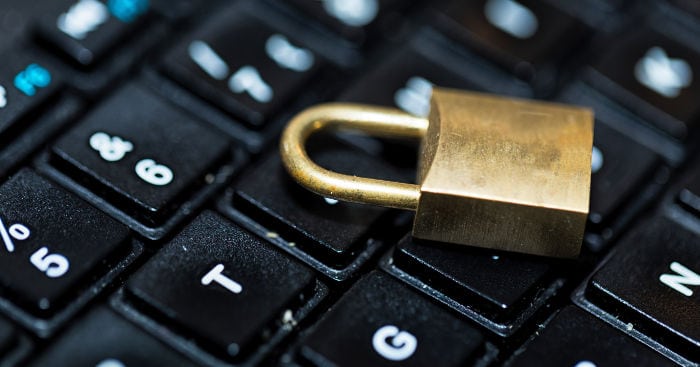 This article aims to explain in a simple and clear way what VPNs, proxies and Tor are, as well as the differences between them. The article is intended to be understandable for any person, and because of this, it may contain oversimplifications and opinions.

Important: Not all VPN services are the same. If you want to know what the best three VPN providers are in our opinion, click here.

A VPN or Virtual Private Network, to put it shortly, consists in connecting to a public network as if you were connected to a private network. In other words, it is a system that allows you to connect to a public network (for example, a free wifi network in an airport) as if you were connecting to your company’s computer. This stops you form being able to be located and greatly improves the security of your connection.

What does this mean? Mainly two things:

What is a proxy?

To put it very simply, a proxy is a computer that directs all of your connection through itself in such a way that it acts as an intermediary between the internet and your computer (or telephone). The result is that for practical purposes, it will look like you are connecting to the internet from the proxy (the computer that directs your connection) and not from your computer. There exist many different types of proxies, but they can generally be categorized into two types:

Finally, there exist different types of proxies depending on the services they offer:

Tor was created as a non-profit organization to help internet users maintain their anonymity. While the system is somewhat too complex to explain here, to put it simply, we can say that it works in a way similar to a proxy but with a particular difference: instead of directing traffic through only one server (or computer), it uses a network of volunteers, directing traffic through multiple servers that are constantly changing, making it difficult to determine the origin of the connection.

Obviously, while it is more difficult to trace than a proxy, this complex system makes browsing much slower.

To use it in the most simple way, you download the Tor browser or the Firefox add-on. However, using Tor involves certain risks, which I specify in the last section. I don’t recommend using it unless you know what it involves.

Comparison between VPNs, Tor and proxies

In this section I will compare the three services based on their most common uses:

While theoretically, the three systems allow to avoid the blocking of web pages such as Facebook, Twitter and YouTube in countries such as China and Iran by hiding your real IP address, on a practical level, proxies are the lest effective. Proxies are without a doubt the least robust system and are normally unable to overcome internet restrictions.

When they are able to overcome these restrictions, their services are very unsatisfactory and are quickly identified by the government and blocked. While Tor is much more robust than a proxy, it works slowly and many governments are trying to ban it, which means that in addition to not ensuring that you will get around censorship, it is possible that you will be put into the line of sight of the government whose censorship you are trying to avoid.

For this use, a quality VPN normally offers the best services in terms of reliability and connection speed, although they are not infallible.

The majority of people who use these systems to avoid geographic restrictions use them to view video content that is only available in one country, such as online television channels or platforms such as Netflix or Hulu. Because of this, it is necessary to have a system that offers good connection speeds.

While proxies should normally offer better services to this effect because they are not encrypted, in the majority of cases they are useless, as websites can easily detect the origin of the connection and as a result, block their content. In addition, many proxies offer slow and unstable connections due to the saturation or low quality of their servers.

To this effect, Tor offers much more stable connections which are difficult to trace, and because of this, it does not usually have problems avoiding geographic restrictions. However, Tor is relatively slow, which does not make it the best system for this type of use.

Finally, in my opinion, VPNs offer the best solution, as they combine a robust system for hiding the origin of your connection with speeds compatible with streaming. However, not all VPNs have the same services.

In fact, the majority of cheap or free VPNs offer bad connection speeds (similar to proxies), which makes choosing a good VPN crucial in being able to enjoy video content without restrictions.

In general, this is the aspect that causes the most confusion. It is one thing to browse anonymously and another thing to have a secure connection. That is, making it hard for you to be identified while browsing (anonymity) is very different from preventing unauthorized third parties from viewing your use of the internet.

The risks of using a VPN

As I mentioned earlier, not all VPNs are the same, and not all companies offer you the same guarantees. So, be very careful when choosing a VPN. My recomendation is to avoid free VPNs or those that are offered at excessively low prices. Click here to learn more about the risks of using a VPN.

Finally, keep in mind that VPNs are designed to improve your internet security, but not to help you commit illegal or criminal activities. In the end, they are companies that are subject to the law in the country where their servers are located, and the government in question can request that they provide your data to them.

The risks of using proxy servers

While some proxies are run by legitimate companies and do not include hidden services, many articles warn of the numerous risks of using proxy servers. Many studies show that there are a large amount of proxies that work to collect your personal and browsing information (to sell it to third parties), install malware in your browser to show ads, as well as other serious things.

The risks of using Tor

While Tor as a system is theoretically the best system for obtaining a practically anonymous connection, on a practical level, it has several security and anonymity risks that cannot be omitted.

With respect to security, while Tor does not provide improved security on public networks, its greatest risk is regarding what are called “exit nodes,” which are the last computer or server that directs your traffic. The problem is that this “person” (who you don’t know) can easily see what you are doing on the internet and as a result, can do what they want with this information without you being able to ask them for explanations.

This weakness, as indicated by numerous articles, is being used by hackers to take advantage of the least protected users.

The other big risk of Tor, especially for people who want to avoid internet use restrictions in countries such as China, is that Tor has been widely used by political dissidents, journalists and even worse, by criminal organizations.

This is the reason why many governments have Tor in their sight and intend to identify and monitor all of its users. If you use Tor (especially if you are not an advanced user), instead of navigating anonymously, it is possible that you will end up earmarked by the government as a potential criminal, and as a result, everything you do on the internet will be analyzed.

To conclude, before using these services, be aware of the risks that they involve and study them well before making your decision.

Is a VPN better than Tor?
Let’s say that it depends on your goals. If you just want to mask your IP to access YouTube, Facebook, Instagram or other blocked websites in China, then a reliable and fast VPN is probably better.

The reason is that Tor is slow and you also risk sparking the attention of government agencies, as Tor provides much more privacy and can therefore be used for illegal activities.

Should you use a VPN with Tor?
In our opinion, if you just want to access blocked websites and apps, it’s probably better to just use a VPN, as it’s faster.
Which is faster a VPN or a proxy?
A good VPN is usually much faster than a good proxy, as VPN technology is much more robust and reliable, generally speaking.
Which is safer, a VPN or a proxy?
A good VPN is usually safer than a proxy. Also, many proxies are well known for collecting users’ personal data and browsing history, with the goal of selling this data to third party companies.
Do I need a proxy with a VPN?
No, you don’t need to use a proxy in addition to your VPN, assuming that your VPN works well.