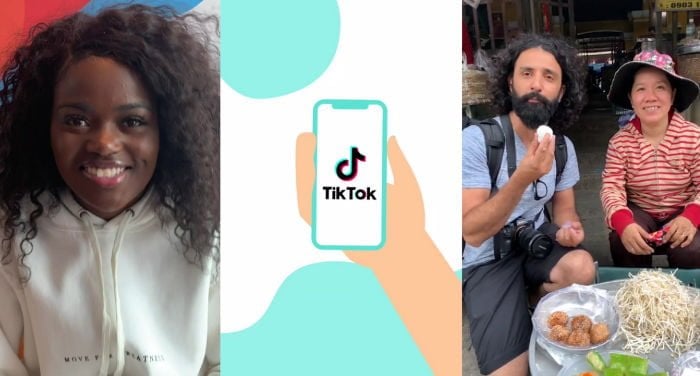 Well yes, even though TikTok is a 100% Chinese app (the “original” name is Douyin, 抖音), it is blocked in China.

Let me explain: TikTok has two versions, one exclusively for use in China, and one for the rest of the world.

If you find yourself in China you can download and use the Chinese version, Douyin without a problem, but it is in no way interconnected with the international version, which you won’t be able to download.

The reason is that Chinese laws are very different, so the company that owns Douyin and TikTok thought well about resolving the problem like this.

So, if you already have a TikTok account before arriving in China, once you enter the country it will no longer work. You can open a new account with the Chinese version, but you’ll be given a completely new account, and even your feeds will be different.

But all is not lost…

How do I access the international version of TikTok from China?

To access TikTok, or almost any app blocked in China (Facebook, Instagram, etc.) you’ll need a VPN that works in China, such as those that we’ll talk about in this article.

What is a VPN?

A VPN is an app (if you install it on your cell phone) or a program (if you install it on a pc) which, without going too much into the technical details, will mask your IP address and allow you to access web pages or apps, even in countries where they are blocked, such as China for example.

Note that a VPN will not offer you internet access; to connect to the internet you’ll always need a wifi connection (for example at home or in a hotel) or a SIM card with data access.

Rather, once you’re connected to the internet, you can activate your VPN to improve the security of your connection and/or access apps and web sites that would be inaccessible, without the help of a VPN.

Which VPN would you recommend for China?

This is an important question considering that the majority of the VPNs don’t work in China. At the moment, here at SDC we recommend ExpressVPN, for the following reasons:

How should I prepare before I arrive in China?

If you want to use a VPN in China and are not an expert in information technology (or just don’t have too much time to lose), then our advice is to download and install the VPN app that you choose before arriving in China.

First of all because Google Play is also blocked in China, so if you have an Android device and arrive in China without a VPN, you’ll find yourself in a situation where you won’t be able to download any apps (at least not using Google Play).

The situation is not much better if you have an iPhone since many apps are blocked and not available from China.

So it’s much better to act ahead of time and install the VPN a few days before entering the country.

If you’re reading this article too late, or are already in China and haven’t yet installed a VPN, you can read this article to understand how to download a VPN from China.

The procedure is a little bit more difficult but certainly not impossible!

How can I login to TikTok from China?

The only thing that changes, regarding another country is that after connecting to the internet you have to activate your VPN. If in the past it wasn’t such an easy thing to do, these days, with the most common VPNs all you have to do is open the app and click on the activation button.

Once the VPN is activated and works, you can then access TikTok and other sites blocked in China.

Important: TikTok checks your cell’s SIM card at startup and if you are using a Chinese SIM it will block the access.

To use TikTok with a Chinese SIM card you must follow these simple steps:

Alternatives to TikTok in China

As was already said at the beginning of this article, the most obvious alternative to TikTok is Douyin, or the original version (and in Chinese) of the app!

Here are some other apps that aren’t blocked in China (they’re all Chinese):