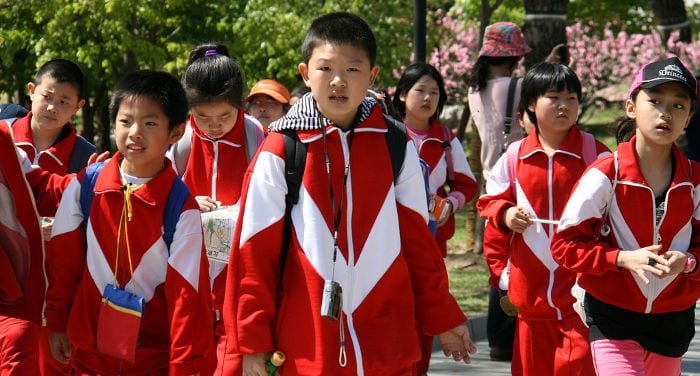 “All the children of the Gaomi region have come into this world thanks to the care and wisdom of Wan Xin’s hands, the only midwife in the area. Hers is a natural talent that in a short period of time transformed her into the beloved keeper of the secrets of maternity.

But when, halfway through the Sixties, the party worried about the demographic explosion and decided to take action, Wan Xin became the strict vestal of politics for birth control imposed by the regime, and applied herself to practicing abortions and vasectomies with the same zeal with which she brought new lives into the world.

With the passing of time, the campaign for demographic control acquired a characteristic of violent repression of which Wan Xin herself couldn’t escape: in a dramatic chase, a woman gave birth on a raft in the middle of a river to save her baby’s life.

When in the early Nineties the regime relaxed their grip, Wan Xin saw the motives and ideals that she believed in and that kept her conscience quiet crumble.

Until, in a dramatic night, when returning home she got lost in a swampy area: the croaking of the frogs reminded her of the children that were never born, the cold bodies of the animals like small aborted fetuses, surrounding her, covering her, moving her to rethink her entire life.”

Family planning in the People’s Republic of China (RPC)

By family planning we mean the planning of having offspring, and it refers to surgeries done to reduce the birth rate.

Jihua shengyu 计划生育 “family planning” (known internationally as the “One Child Policy“), in China, is a policy that controls the population of the People’s Republic of China, to keep it from reaching levels even greater than they are today (let’s remember that the Chinese population has greatly surpassed one billion.)

The present policy of the aforementioned national planning – already part of the basic national policy – mainly has the purpose of delaying marriage (even preventing it), thereby limiting the resulting number of births, all designed to counter an increase in demographics. This reform has always been seen as controversial by other countries because it violates human rights.

The background of this policy is found in 1949 with the founding of the People’s Republic of China. Mao Zedong 毛泽东 introduced various policies in favor of the birth rate: economic subsidies for births, prohibition of abortions, prohibition of sterilization and contraceptive methods. Thanks to these policies and a first phase of general well-being, in the course of a few years there was an actual boom in the number of births, which rose considerably.

In December 1954, Liu Shaoqi 刘少奇 gathered the State Council to discuss the very serious problem regarding the births and how to control them. A year after Liu Shaoqi’s talk, the Central Committee of the Chinese Communist Party was in favor of an “appropriate” control of the number of births.

Three years later, the Central Committee and the State Council enacted a directive on promoting family planning which proposed controlling the number of births in urban and densely populated rural areas.

In 1957, legal abortion became accessible to all. In December 1973, the policy of wan xi shao 晚稀少 was determined which consisted essentially in encouraging the population to hold off on marriage and, naturally, pregnancy; it foresaw, moreover, stretching out the time interval between one child and another and considerably reducing the number of children.

Overpopulation was by now considered a real obstacle to development and modernization. Five years later, in October 1978, the Central Committee of the Chinese Communist Party approved a report from the State Council which foresaw couples having two children maximum and a minimum interval of three years between births.

In January 1979, Chen Muhua 陈慕华 “asked” the provinces, municipalities and autonomous regions to develop a local, self-governing regulation for family planning. Since then, illegal births were severely punished. In the second half of 1979, the necessity of reducing the maximum number of children allowed grew ever closer.

This implementation took place effectively, with the exceptions of Yunnan 云南, Qinghai 青海, Ningxia 宁夏 and Xinjiang 新疆, where they were allowed two children. In almost all of China, the famous one child policy was officially enacted.

The word balinghou 八零后 is very popular today in China, which can be translated as “post Eighties” and designates young Chinese who were born during the Eighties: the generation of only children who were born after the start of the one child policy.

This expression also encompasses a series of issues related to the life, growth, scholastic formation and cultural development of this social group.

The onus that these only children were forced to bear was very, very heavy. Think of all the hopes and expectations that parents placed on their only children in such a numerous society where there are ever fewer doors of opportunity that are always growing tighter.

It’s not strange, in fact, that families are willing to pay good money on private teachers on every subject so as to give their child a more competitive education.

Still seeing scarce results due to different factors, in May of 1991, the Central Commission of the Chinese Communist Party and the State Council decided to drastically strengthen family planning, enacting a strict and rigorous control on the growth of the Chinese population.

Despite a huge effort on implementing these policies, in 2010 the fertility rate in China still remained the lowest in the world.

In November 2013, to take on the serious problem of the fertility rate, the State Council decided to implement a policy where couples made up of only children could have two children. This didn’t have the success that was hoped for, so in 2015, 39 demographers from 21 universities and research institutes in China presented a new proposition for the liberalization of a second child and the abolition of restrictions on citizens.

On October 29, 2015, the Eighth General Committee of the Chinese Communist Party decided that every couple could finally have two children, abolishing the one child policy.

Before 2015, the most common situations that allowed for the birth of a second child were the following: Whenever the first child was incapable of growing healthy due to a genetic disability; whenever a remarried couple had just one child; whenever the couple was made up of only children; whenever the couple lived in the countryside and only had a daughter.

An important note, the ethnic minority of farmers and shepherds of Xinjiang 新疆 and the minority farmers of Qinghai 青海 could even have three children, as was the case in the agricultural and pastoral areas of Tibet 西藏.

To preserve the one child policy, they made great use of forced abortions; there were, in addition, many cases of infanticide. Below are the percentages of the contraceptive methods used according to statistics from 2012: intrauterine tools 54%; feminine sterilizations 29%; condoms 10%; male sterilization 5%; oral contraceptives and injections 1%; other 1%.

Before 2002, those who violated the law were punished with a very high fine. From September 1, 2002, citizens who illegally gave birth to an “extra” child were required to pay a fine known as “social support”, calculated on the basis of the local per capita income and set by the various provinces and regions. In Shaoyang 邵阳, a family didn’t pay the quota they owed and the local authorities impounded the baby in response.

The main problems caused by the one child policy

International conventions and accords clearly demonstrate that family planning MUST necessarily be carried out only with the individual’s consent. The Teheran declaration in 1968 established that parents have absolute freedom to decide on how many children they want and to enjoy fundamental human rights from the moment of birth.

Family planning has had an enormous impact on the Chinese population structure in many aspects, not just on the national economy, but also the fertility culture and national and social security. Old age is becoming an increasingly serious problem, the fertility rate is really low and the gap between the birth of males and females is decidedly high, since most prefer a baby boy over a girl. Family planning has reduced the Chinese population by 400 million.

Even the dictionary of continental China today has been “renewed”: the one child policy has caused a twisted family structure, known as 四二一 “four two one” (four grandparents, two parents and one child), in which young couples must bear a very heavy burden.

The focus of relationship responsibilities between parents and children (just think of the Gaokao exam) and the solitude in infancy has translated into a strong psychological pressure on Chinese children today.

Moreover, presently there are 37 million more Chinese men than women: such a great imbalance can bring about great social problems in the next two or three decades, since in “modern” society women have the right to turn down marriage.

And what if an elderly couple lost their only child prematurely? This would present a reproductive impossibility on the part of the elderly couple.

The phenomenon of “black babies”

To avoid the heavy fines and negative consequences, many Chinese parents decided to not register their second children with the Registry Office during the one child period. These second and third children, raised without documents are the so called hei haizi 黑孩子 “black babies”.

Not having been registered with the Registration Office means they don’t have the famous hukou 户口 which allows the Chinese to be identified on the basis of the area where they live.

Not having the hukou means not having access to health insurance, to free education, a regular work contract, the right to receive an inheritance or get married. Naturally, the hei haizi have for the most part been female. In the last 4 years, the Chinese government has granted about 14 million people (such as the hei haizi, the homeless and orphans) a hukou so that they can enjoy the rights that they didn’t have access to before.

The possible future consequences on the future of Chinese society

It is certain that, with the one child policy, there has been a consistent aging of the Chinese population. In the countryside, moreover, where there’s a great need for labor and a farming workforce, they often resort to selective abortion, deciding to go forward with the pregnancy only if the ultrasound shows that it’s a boy.

The number of children born in China last year shows that the second child policy – in effect since January, 1 2016 – is rather effective. In 2016 there were more than 18 million babies born in China, according to the National Commission Health and Birth Control. 18 million children corresponds to an increase of 11.5% compared to 2015.

Again in 2016, the number of second children born in China represents 45% of total births. According to a demographic study, the new policy will result in a population peak of 1.45 billion in 2029, compared to the 1.4 billion they would have reached in 2023 if the one child policy had remained in effect.

Possible incentives to resolve problems caused by the one child policy

Doctor Therese Hesketh, professor of Global Health at the University College of London, recommends two potential governmental provisions that could support the aging of the population:

Naturally it isn’t easy to resolve all the problems caused by this policy and it will certainly take time. What would you suggest to the Chinese government?

I wish to thank my dear friend Dr. Marco Asarisi, for the information contained in this article that he has kindly provided me.