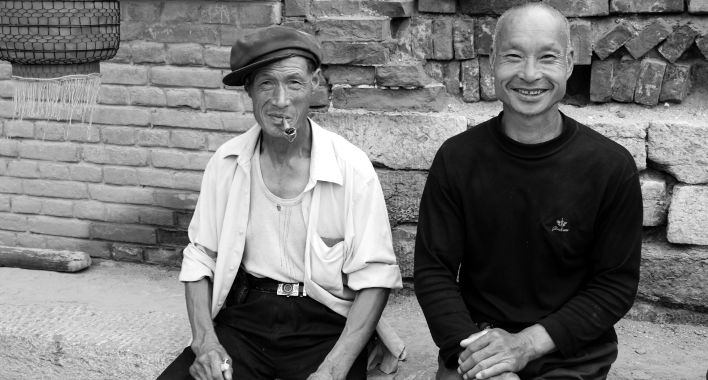 This article was born last week after I went to a private gynecological hospital in Beijing.

The fact is that at the doors of this luxury hospital (beside the bathroom that was, as usual, awful) hang up the panels with the specialization of each doctor.

Given my mixed feelings of boredom and curiosity I went around reading a bunch of them. And I was quite surprised when I stumbled upon the following one:

I suddenly thought about 兄弟 (Brothers), the novel of Yu Hua.

I read Brothers in 2010, just before moving to China. It was my way to knowing a bit more of this country through its literature. When I read it I thought that the author’s intention was to describe the Chinese society through exaggeration. I was wrong. Today I came to the conclusion that the reality of the Middle Kingdom easily overcomes my fantasy.

What is Brothers about?

Brothers is the story of two half-brothers, Li Guangtou and Song Gang, who have a totally different character and will choose to react in a quite different way to the dynamic and fast changing Chinese society.

The novel starts when the guys are still children, just before the Cultural Revolution. It then keeps going through Deng Xiao Ping era and the Olympics of 2008.

The novel recounts modern Chinese history through the life of the two brothers, with a special attention to the transformation of Liu, a fictitious Chinese town that suits quite well the majority of Chinese rural towns. 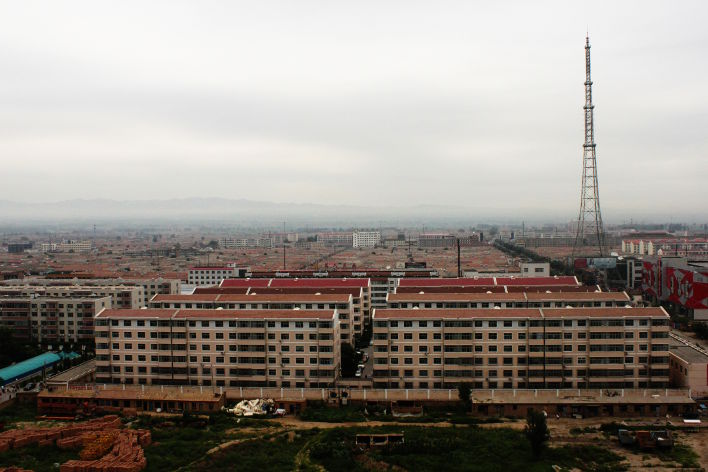 Liu Town. Well, in fact is Yu Town in Hebei Province (河北蔚县). However it could very well be one of hundreds “Liu Town” that there are in China.

The worst of the book

If you start to read the book, the descriptive style of Yu Hua could easily put you off. In my opinion the first part, that is till the end of the cultural revolution, is there only to put the main characters into the right context.

However, if you make it through it, you’ll enjoy a second part rich of social criticism and dark humor.

I must also say that many people enjoyed the first part, which tells about the crazy stuff happened during the Cultural Revolution. Personally I think that this period, which destroyed a good chunk of the Chinese ancient culture, isn’t so useful to understand modern China.

Conversely, I’m convinced that the period that followed the revolution and the first years of the economical open up of China, are the years that had the biggest impact on the China that we see today.

The best of the book

My favorite part of the book is when Liu town citizens decide to organize a beauty context only opened to virgin girls. So now you’ll understand while the “hymen reconstruction surgery” triggered this review.

Describing the beauty context, Yu Hua is able to criticize the hypocrisy and the corruption that pervades the current Chinese society.

How the novel was received

Brothers was well received by the international critics; probably because of its acute vision of Chinese society and its ability to uncover some of the less known parts of modern Chinese history. A topic that white devils happen to love!

Conversely, in China Brothers was criticized with the pretext that the author published false facts that make the country ashamed with the only purpose of making money.

If this wasn’t enough, the novel was criticized by the right wing because of its negation sight of capitalism and by the left wing because of the way the Cultural Revolution is presented. For me this is a clear signal that the novel goes to the hearth of Chinese problems.

To who I recommend this novel?

As soon as I landed in China I had to take part to a meeting with the European Ambassador, who gave us his “famous” advice:

“Don’t go to the dark side of China”

Brothers introduces you exactly to this part of China, a side that many Chinese people still refuse to acknowledge.

The best merit of Yu Hua was that, through the exaggeration (well, as I said the reality isn’t far from the novel…), achieves to make funny of the worst sides of China’s transformation.

Thus I believe that Brothers can benefit anyone that would like to learn more about Chinese society without getting too depressed.

Did you read the novel? How did you like it?

[Photo Credits: The first photo was done by my friend Florian Hudelist, thanks Flo!]