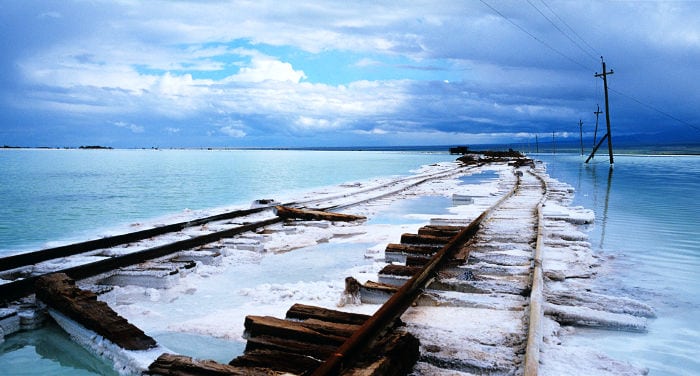 This article is a practical travel guide for visiting the Qinghai province, one of the most interesting provinces in China due to its natural beauty and cultural diversity. In it, you will find:

The information in this article comes from personal experience and sources that are mainly written in Chinese. Despite this, it may contain errors due to the fact that the information available tends to be hard to come by and is often contradictory (especially when it comes to transportation).

Basic information on the Qinghai province

Qinghai is located in the northeastern region of the country and is one of the least populated provinces (after Macao and Tibet), despite being the fourth largest in the country. The majority of Qinghai is located on the Tibetan plateau and is surrounded by the provinces of Xinjiang, Tíbet, Sichuan and Gansu.

After Xinjiang, Qinghai is the province with the largest population that does not belong to the Han ethnicity. The 36 ethnic minorities in Qinghai make up almost half of its population, and the largest of these are Tibetans, the Hui, the Tu, the Mongols and the Salar.

Historically, Qinghai has been quite a conflictive area, where different ethnic groups have attempted to establish control over the trade routes connecting eastern China with Central Asia and Tibet. Over its history, the domination of the area has alternated between Tibetans, the Han, the Mongols, and the Hui and Salar Muslim ethnicities. In fact, before the establishment of the People’s Republic of China, Qinghai was governed for more than 30 years by various Muslim-ethnicity generals responsible for the uprising against the Qing Dynasty and the defense against the Tibetan invasion.

Last of all, you should keep in mind that apart from the cities of Xining, Haidong and Golmud, the remainder of the territory is only occupied by small, relatively isolated towns.

Qinghai is one of the most remote areas in China, which has allowed its ethnic minorities to better maintain their identity faced with Han conformist pressure, in addition to preserving its natural beauty.

Despite the fact that tourism has grown significantly over the past years, the province has not been massified and it is still possible to enjoy the natural riches and original culture without too much interference from the tourism industry, which tends to happen in many parts of the country.

Another benefit of the province is the possibility of getting to know Tibetan culture and the plateau without needing to request special permits, as is the case in Tibet and certain areas of Sichuan.

Last of all, Qinghai Lake may be one of the most spectacular natural environments in China. It’s a humongous salt lake (the largest in China) located at more than 3,000 m altitude.

When to visit Qinghai

Qinghai’s climate is very harsh in the winter, with temperatures that can go as low as -20°C and -30°C during the night in many areas. Between April and October, temperatures are tolerable, although they can drop significantly during the night (around 0°C). In addition, between February and April, strong winds and sandstorms are common.

The best time to visit Qinghai is during the summer (from June to August) when temperatures are pleasant during the day and cool during the night. Without a doubt, Qinghai is an ideal place to escape from the suffocating summer temperatures in the majority of the main Chinese cities.

Places to visit in Qinghai

Qinghai is a huge province with numerous places to visit. In this section, I will give the details on some of the most famous of them: 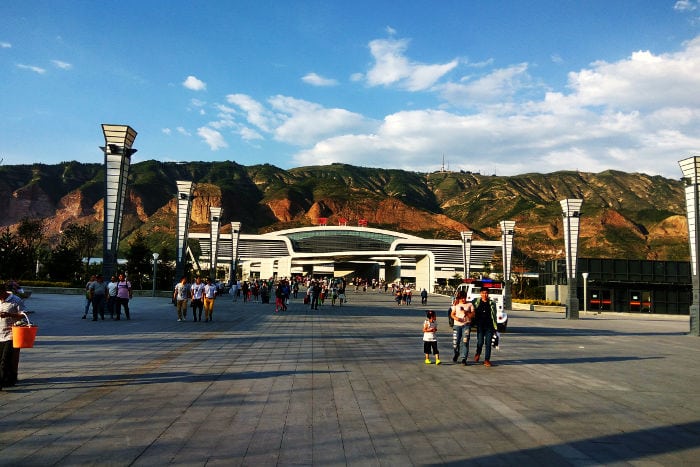 Xining is the capital of the Qinghai province, and with more than two million inhabitants, it is the largest city on the Tibetan plateau. Historically, Xining has been an important trade center and essential military spot on the Northern Silk Road. Currently, Xining continues to be a very important transportation center, and it is the first station of the mythical Qinghai-Tibet railroad, which allowed to connect the Autonomous region of Tibet with the remainder of China.

Xining is also an important religious center for both Muslims and Buddhists, because of which the
Dongguan Mosque and the Ta’er Temple stand out.

Despite all of this, as a city, Xining isn’t particularly interesting for tourists, as it’s a modern city that isn’t very different from other Chinese centers.

Xining is very well connected with the remainder of the country by both train and airplane.

Xining does not have very many hotels where foreigners can stay, and has almost no hostels.

My recommendation is to stay near the Dongguang Mosque, as it is easy to access from the train station, offers interesting food (especially roast lamb and hot pot) and is one of the best places in China to observe the daily life of the Hui ethnic minority. 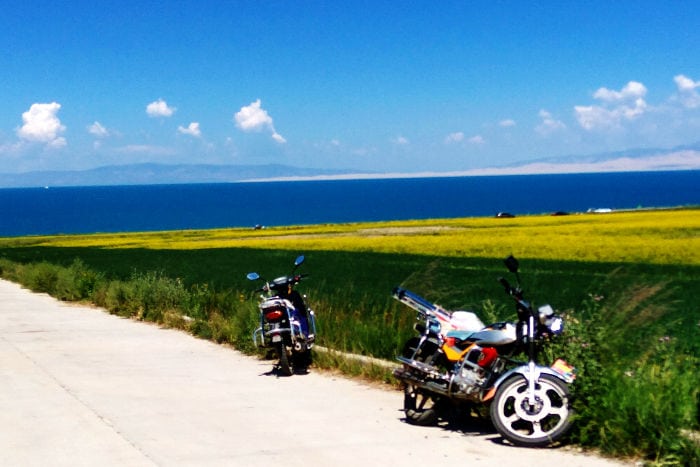 Qinghai Lake is the largest lake in China and is an emblematic place for Mongol and Tibetan ethnic minorities, as can be seen in the songs of the famous Mongol-ethnicity band HAYA (哈雅乐团).

Below, we give details on some of the places that you can visit at Qinghai Lake:

Sun and Moon Mountain (Riyue Mountain) is not located right on Qinghai Lake in the strict sense, but the majority of the tourism buses heading that way will also stop there, as it is halfway between Xining and the lake. The mountain is a famous tourist attraction, given that it appears in classic Chinese literature. It’s a pretty place, but it’s not worth spending too much time there.

Erlangjian Scenic Spot is a tourism complex on the banks of Qinghai Lake but it isn’t worthwhile entering the facilities. It’s a lot better to rent a bicycle and explore the surrounding area, which is filled with yellow canola flowers in the summer.

In this area, all of the paths to access the lake are private, and because of this, you will have to pay the not-very-friendly Tibetans that watch over the way (you should bargain down the price). At the lake, you will be able to ride yaks to take a photo (you have to pay).

If you have time, it’s recommendable to spend the night in the area, as the return trip from Xining can be a bit heavy. There are numerous places to stay, including the possibility of spending the night in a Tibetan yurt.

Located in the northeastern part of the lake, Bird Island is a very beautiful natural area that’s perfect for observing the huge diversity of migratory birds in the area. 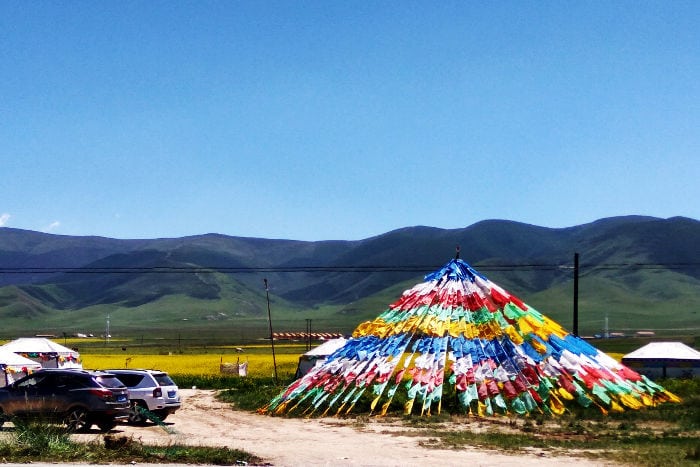 It’s a tourist area, so it won’t be difficult to find lodging, although there can be some problems in providing accommodations for foreigners.

Lake Chaka is located approximately 300 km from Xining in the Haixi Mongol and Tibetan Autonomous Prefecture. The lake receives its name from a small town located 9 km from it which was an important location on the former Silk Road.

Chaka Salt Lake is undoubtedly one of the most beautiful natural areas in Qinghai. Located at 3,000 m altitude, it’s a lake of naturally crystallized salt that constitutes one of the largest and oldest salt mines on the planet (it has been being exploited for 3,000 years).

How to get there:

There are three options to get to the lake from Xining:

It’s important that you make sure that entry to the lake is permitted before going, as in the past, it has been closed to the public due to the damage caused by tourism pressure.

In Chaka, there are no places that can legally provide lodging to foreigners. The closest place to stay is in the city of Ulan 80 km away. However, you might be to find lodging in Heimahe, which is closer.

The lake offers spectacular views and can be traveled on foot or via the tourist train (a former merchandise train). In addition, you’ll be able to view giant sculptures made of salt and the particular salt flowers. Don’t forget to bring sunglasses, as the potent reflection of the Qinghai sun can be particularly damaging.

Also known as the Switzerland of the East, Mount Zhuo’er offers spectacular views of the plains of the Tibetan plateau. The natural reserve is located approximately 300 km to the northeast of Xining.

Located approximately 200 km from Xining, this national park is famous for its red colored rock formations and abundant forests. It is also worth highlighting the Buddhist temple located at the peak of one of its mountains and the numerous caves with Buddhist statues within them.

How to get there: Take the bus in the direction of the city of Kanbula (坎布拉镇) at the long-distance bus station in Xining (长途汽车).

This nature park is where the three large Asian rivers of the Yellow River, the Yangtze River and the Mekong River are born. In addition, it’s one of the largest natural reserves in China and is the one that has the largest concentration of alpine animals.

Menyuan Rape Flower Scenic Spot (门源油菜花): If you are a fan of fields of yellow canola flowers, this is the best place to observe them.

Tongren (同仁): This is a small, majority-Tibetan city that’s famous for its temples and is a good place to go hiking.

Golmud (格尔木): This is the second largest city in the province and the last important stop on the railway that connects China to Lhasa. Golmund is famous due to the fact that it’s surrounded by 20 salt lakes and is a city whose economy is based on mining. On July 25, the famous Horse Festival is held. 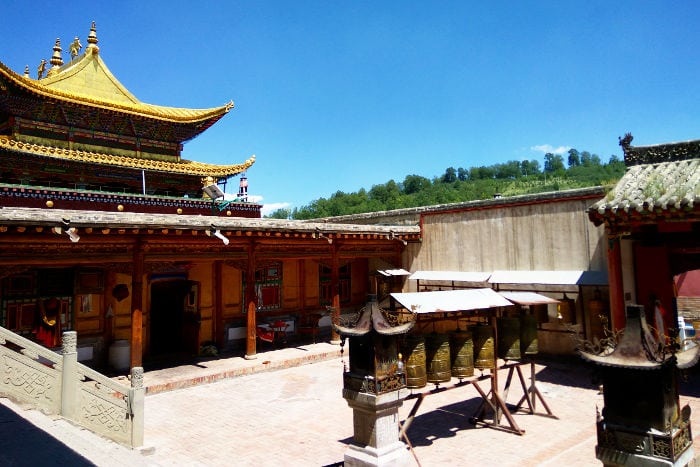 One of the pavilions of the Ta’er Temple in Xining

That’s all for today. I hope that you find this guide to be useful, and if you have any questions or suggestions, don’t hesitate to leave a comment.