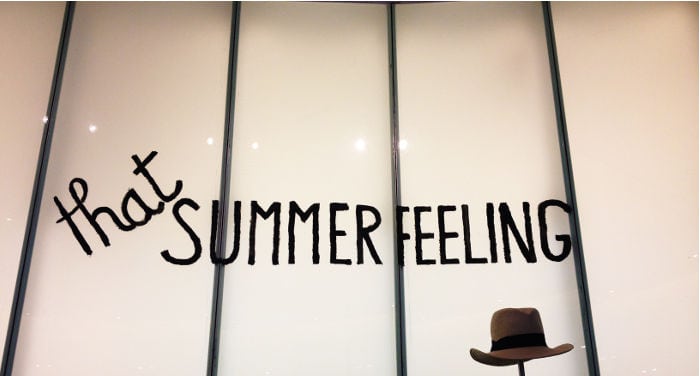 Not long after touching down in my U.S. hometown of Portland, Oregon, for the summer, I ended up in a conversation with a doctor from New York City who had recently moved to my beautiful Northwest city. I asked her how she was getting on in our unique little metropolis. She said, “Everyone is too nice here.” I thought, is it possible to be too nice?!?

She continued to explain, “Sometimes I want to walk my dog down the street, with my morning coffee, without having to say ‘hello’ to every person I pass. I mean, even the homeless guy that lives on my block says ‘have a good day’ every morning!” I thought, “Wow, our friendly American doctor has culture shock.”

One of the crazy things about coming from a country that is as spread out as the U.S. or China is how culturally diverse it is from one coast to another. That doesn’t stop the rest of the world from generalizing about the culture of the these two geographically large countries.

But the truth is if you spend time in a few different regions you realize that both of these countries have a multitude of different cultures, and that not all Americans are fat, and not all Chinese are rude.

“Bing!” I just had a WeChat epiphany.

So, I got on WeChat’s “People Nearby” and started “friending” people. I ran into some Chinese Americans, a nice Vietnamese woman, but almost everyone else was Chinese. This was the first time in four years I was actually excited that WeChat hadn’t caught on in the United States.

I’m sure some of these people wondered if I was working a scam, or a stalker, but many people actually responded. I had some great “chats” and even made some new friends.

The number one thing the Chinese expats liked about the U.S. was the air quality and general cleanliness of U.S. cities. Which, of course, is one of the biggest complaints from expats living in China.

In my adopted city of Shenzhen the air quality is actually pretty good compared to other first-tier Chinese cities. And even though I am happy that the Shenzhen city government is dedicated to a “greener” city, it pales in comparison to Portland and almost any U.S. city.

Speaking of green, let’s talk trash. No, not about Angelababy’s new Adidas Jade shoes, I mean the stuff that can’t seem to find its way into a trash bin in Chinese cities. Expats in China are constantly baffled by, one, the poor planning in waste management for huge cities, and two, the lack of respect Chinese people have for their own neighborhoods when they throw trash on the ground instead of a nearby trash can.

Expats are not the only ones who notice this. Many Chinese are asking the same question. In fact, recently a Chinese couple actually complemented my friend’s 6 year old boy on using the trash can! So you can imagine that that is one of the things that impressed our Chinese visitors here in the U.S., “[In China] some [Chinese] mainlanders are rude and not well behaved”.

Other things that came up as positives living in the U.S. were that it is “quiet”, “overall quality of life is better”, “the university education has more variety”, and “people are mostly polite and respectful”.

I have traveled all around the United States and I have seen some pretty dirty places. I have lived in places that are not so quiet. And I have run into more people than I care to count that are not so polite or respectful. That said, I have to agree that generally all of what my new Chinese friends say is true.

Coming from America we are taught from a young age that “freedom” and “citizens’ rights” are the most important things in society, and that American style democracy is the best way to ensure that the people are represented. So, I found it curious that only one Chinese expat mentioned this idea of freedom, “I will live here forever… I can do whatever I want… Here [I can] be more myself.”

The other topic that hardly came up was the relative freedom of the internet in the U.S. In China, the daily headache that is “The Great Firewall” is the number one issue for expats. And it, second only to craft beer, amazing wine, great coffee, and fabulous food, is the thing I enjoy most about being back in the States. However, the Chinese expats barely even mentioned it, even though they are all on FaceBook, which is blocked in China.

Of course not all that glitters is gold. It took a while for the Chinese expats to open up about the negatives of the United States. I got the sense that because I am American, they didn’t want to insult me, or their host country. However, some of them finally did.

Many of the people I interviewed said that the most “shocking” thing about America was “all homeless people.” Portland, unlike many American cities is extremely tolerant of the homeless, and so for a small city has a large percentage of homeless. However, I don’t believe that this was actually all that “shocking” since the Chinese news apparatus is constantly knocking the U.S. for its “homeless problem.”

In China, if you ask expats about the relative safety of living there they almost all will say that they feel “very safe.” One women told me, “I love how safe it feels! I haven’t thought about safety in ages… I can literally walk in the street in the middle of the night and not worry.” That’s not to say that there is no crime, or that you shouldn’t always be aware of your surroundings, but yes, all-in-all China feels safe.

Chinese in the United States apparently don’t feel the same sense of safety as the expats in China. Some of this stems, again, from the Chinese media, but again, there is some truth to that story, “…when we were in NYC my friend was robbed.”

Although crime in most American cities is at an all time low, there is the sense that if you walk down the wrong street things could go badly. Also, the Chinese expats, along with much of the international community, feel generally “unsafe” because of our gun control laws.

I asked all of the Chinese expats if they ever felt singled out because they are foreign. A Portland State University student said, “People can be mean,” and went on to say “People say American[s] does not like Asian people”. One women told me, “[Americans] don’t talk to us, because we don’t know English, not much.” Another student said, “Sometimes some people are rude just because you have different skin color or you have an accent.”

I had a University student from Detroit tell me, “…we went downtown…and a black guy yelling at us saying ‘fuck you all’. Of course I said the same to him…I [not] scare of him at all. You know I’m from Detroit”.

The irony is the western expats in China say the same thing on any given day.

I found the language barrier intriguing, because I believe that it is one of the main points of cultural misunderstandings. So, I asked whether they have many American friends. Almost all said “no” or “not many.” One student said he was in a running group and was kind of friends with some Americans.

I asked a student who has been in the U.S. for 3 years if she practices English with Americans. She said she doesn’t know any, so she just practices with her Chinese friends who speak English better than she.

In China I find that, with the exception of dating and marriage, many expats tend to hangout together in the same way the Chinese in the U.S. do. However, I happen to take Mandarin at a Chinese University, and many of the Chinese students there will bend over backwards to help you practice Chinese, especially if you reciprocate.

But China will always be home

When I asked why, she said, “[Portland, OR is] boring… like in China, people like to go out at night. When turn night [in Portland] people like to stay at home”. Clearly we are hanging out at different places in Portland!

Most of the Chinese expats see China as having greater job opportunities, “no matter what service or product you provide you can always find a huge number of customers.” And of course they miss family and friends, and speaking and thinking in their native tongue. “I video chat with [family] almost every day.”

I have a passion for food, so I asked if they missed their regional cuisine. The answer was a resounding, YES! I asked if they had found any good Chinese restaurants in the cities where they live, and they almost all said “no,” and I have to agree, American Chinese food is not really Chinese. Although I have been told by some Chinese American friends that big cities like L.A., Chicago, and New York have authentic Chinese food.

Besides air quality the only other deterrent that was mentioned about returning home was “too many people, it’s crazy to take a subway in Beijing or Shanghai.”

I wish my new friends luck while they are in the United States. Living abroad can be difficult, especially if you don’t befriend the natives. However, if you embrace where you live, and keep yourself from pining for home daily, then it can also be a grand adventure!

Blue Heron arrived in China in 2011. He previously worked as a "sous chef" with an Italian chef. Now he does consulting in marketing and sales and studies Mandarin at Shenzhen University. His top priority is raising his son. Raising a child internationally has its own challenges, and even it's own label, "third culture kid."