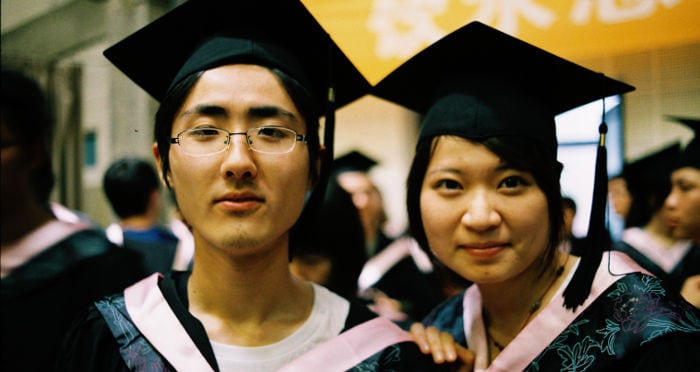 Note: this is a satirical story and therefore may be rather offensive. If you think that you will find it offensive, this will surely be the case, so don’t read any further.

In the past months, I have had a lot of problems getting a good night’s sleep. This is the first time in my life that something like this has happened to me, so I’m completely obsessed with knowing the reason.

In the beginning, I thought that my insomnia was to blame on my neighbor, who was training to be the starring actor in the Chinese remake of Indiana Jones.

Each morning around five, I wake up all of a sudden, thinking that something has gone wrong in the conflict between Japan and China over a handful of islands in the middle of nowhere and that the Japanese have started to bomb Beijing. I wake up, take a look out the window, and I see him with his whip. I can’t believe that this god-damned whip manages to make so much freaking noise. Compared to it, New Year’s fireworks seem like nothing but a noisy kid’s toy.

After a while, I manage to get back to sleep again, and at six, I wake up once again with the feeling like I got drunk and fell asleep in a club. But no, it’s only the little old ladies of my neighborhood who are practising the dance moves of Gangnam Style (and who of course have brought the biggest speakers that they have).

Only one thing is going through my head:

“Fuck, you don’t have anything to do all day, can’t you let me sleep half an hour more?”

After a few rainy days during which my neighbors are unable to disturb my sleep, I realize that they are not my problem.

During those two nights, terrible nightmares shook my sleep. Finally, I understood everything: I am suffering from post-traumatic stress disorder due to continuous exposure to China’s third gender!

As we discussed in the previous post Chinese Sex symbol (What are Chinese women are looking for), China’s third gender is the derogatory way in which Chinese men refer to a Chinese woman with a PhD.

Why am I writing this?

Maybe because insomnia has made me watch too many movies which always tell me to share my traumatic experiences with other people to overcome post-traumatic stress.

Yes, I’m using you as my therapy.

Before we get started…

The first time that I heard the phrase “China’s third gender” was when I was still working in my country. Two of my colleagues and Chinese friends loved making jokes on the subject. I truly didn’t understand their jokes… Until I arrived in China:

On my first day of work, I enter my office, and a ton of rural nerds welcome me, one of whom catches my eye.

The only way of describing her which I can come up with is an angry bull.

Even though I have tried to avoid at any cost entering into any dangerous situation with angry bull, I haven’t been so lucky. In fact, I haven’t been lucky at all, because I think she got a crush on me.

I know, you must be thinking: what’s so terrible about a Chinese girl falling in love with you?

Here are my most traumatic experiences with China’s third gender: 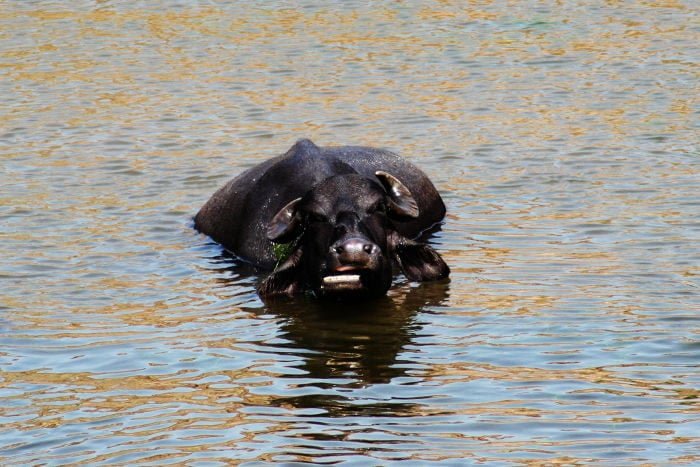 It’s quite common in China for bosses to organize trips for workers with everything paid by the company / organization. These trips have two purposes: the first is to give workers the feeling of being part of a big family and to encourage team work. The second, in my opinion, is another bonus (such as housing or food) which the company gives you to compensate for low salaries.

It’s my first trip with my co-workers, everything is going well, albeit a little boring considering my ability to communicate in Chinese is still very poor. On the way back home, the angry bull decides to show her stupid co-workers how good her English is, so she sits beside me.

Even if her English is better than that of my other colleagues (who are incapable of putting two words together) she still has huge problems with having a normal conversation. With the best of intentions, I try to give her face in front of her colleagues, starting with an easy conversation, so that she can feel proud of her English:

“Where are you from?”

“I am from the Henan Province,” she responds with a strange look on her face.

“Ah, people say that it’s a beautiful city.” At this time, it was the only city I knew in Henan (luckily enough).

“I heard that the university there is quite pretty. Did you study there?” Uh oh, big mistake.

“That university is a piece of shit!!! I studied in Beijing!!!” she continues, screaming.

I look at her, and her eyes are bloodshot and her face has gone completely red from anger. She starts to raise her fist… but there are a lot of witnesses, so it looks like for the time being, she’s going to spare my life.

Two hours on the bus fearing that a storm of punches could start at any moment. This is a good way to start my work experience in China, don’t you think?

Later, I understood that for a proud student at one of the best universities in China, the mere fact of insinuating that she had studied in a provincial university and therefore, a second-rate institution, is a grave offence.

I’m a biologist and the majority of my work happens in a laboratory, even though we also have a big office full of computers in which we are supposed to analyze data or read articles. In reality, it’s the perfect place to weasel out of work when you don’t feel like it.

When I started to work, they put me in a corner completely surrounded by boxes of products bought on Taobao. I was very happy to have my “personal space” protected from the curious glances of my co-workers and it was the perfect place to do nothing after all.

After the first six months, my boss comes up with a plan to reduce my procrastination time to a minimum, and moves me to in between the Chinese sex symbol (also known as the Chinese Steve Urkel) and the angry bull.

As the perfect student that she is, the angry bull is always too busy to go to the canteen to eat (it takes two minutes to get there and one to get your food), and every days asks some co-worker to bringer her the food.

The same thing always happens. I sit in front of my computer, I open Facebook, and I start to think of an intelligent comment to post on my wall and immediately the angry bull appears, sits down, opens the plastic bag (which contains her food) and starts to eat. Oh my god!!!

I have been in China enough time to not even notice when people nosily clear their throat or make noise while eating. But seeing and hearing the angry bull eat is indescribable. I have never seen someone so anxious to eat in my life. I can only compare this noise to the sound of a pig eating after a two week fast, but that would be too mean, for the pig, of course.

In the event that the angry bull has already eaten, my boss prepared the final attack.

I sit in front of the computer, open the SDC page to answer your questions or comments and all of a sudden Steve (yes, the sex symbol) appears, and starts to cut his nails.

I have to say that this is not something that particularly disgusts me, but have you ever tried to write something hearing the sound of click, click, click…? It’s completely impossible!

The most incredible thing of all is the growth rate of Steve’s nails, considering he cuts them once or twice every day.

Ever since then, when I close me eyes, I start to hear these terrible sounds.

In the horrible author’s photo for this post, you can see that I have short hair. However, when I arrived in China, I had quite long hair and would put it up in a Japanese Samurai style bun.

It’s an apparently calm day and after a few hours of tiring work in the laboratory, my hair has become a mess. So I let my hair down, just like in the Pantene advertisement, to tie it back up again. All of a sudden I hear:

“You look like an Elf,” angry bull says to me while preparing her sexiest pose.

I turn around, I look at her, and I shit myself from fear…

“I have seen this look before… It’s the same as that hungry look when she’s facing the bag full of food!!”

“Shit, don’t tell me that Chinese people eat Elves too!!”

I could continue to recount in eternum my stories but I don’t want to bore you, and more importantly, I don’t want to further make fun of the poor girl whose only wrong is that of being a model student who has left her femininity behind on the way.

Even though many Chinese women with PhDs are apparently normal girls, just as in any place in China, there are some girls who have sacrificed their physical appearance in exchange for their professional success. These girls are the women which Chinese men have used as the example to create “China’s third gender” and can in this way justify their insecurity when rejecting women who have a higher level of education than them.

This subject is discussed much more extensively in the final part of this story, where I talk about the Shengnu or left over women.