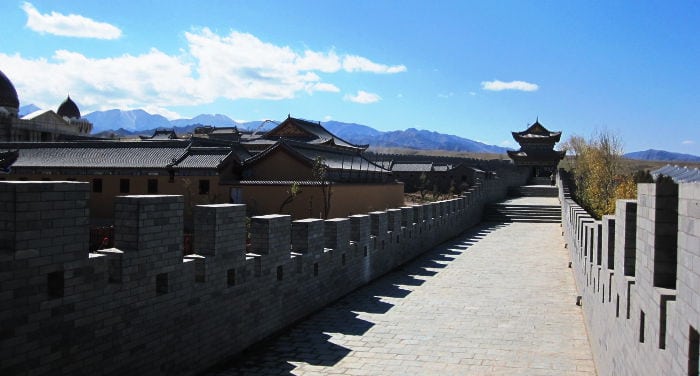 Three months ago, I started to learn a bit more about China’s ancient history as a part of writing the article on travelling to the Henan Province, as I sometimes do. At one point, I started to branch out and ended up reading articles about other things: first of all on the Silk Road, and from there, Sino-Roman relations and in the end, I ended up finding a curious article on a lost little town called Liqian.

Today’s article discusses this little town, where history is mixed with legends as well as political and economical interests, something which happens all the time in the middle kingdom.

Liqian (骊靬), currently known as Zhelaizhai (者來寨), is a small rural town in the Gansu province on the edge of the Gobi Desert. Liqian is located at more than 300 km from Lanzhou, the capital, and more than 60 km from the closest city, which is called Jinchang (金昌市).

This lost town in western China became famous thanks to a theory formulated in the 40’s by the Chinese history professor at the University of Oxford, Homer H. Dubs, who attributed a Roman origin to it.

Before explaining Professor Dubs’ theory/story, I would like to briefly present its main actors:

The Romans: I don’t think they need to be presented.

The Chinese: of the Han dynasty: Do I need to say anything more?

The Parthians: Also known as the ancient Persians, they formed a powerful empire which bordered on the Roman Empire and Han China, and because of this, controlled the Silk Road.

The Xiongnu: A confederation of nomadic tribes known in the west as the Huns, which extended across all of northern China including Mongolia, Manchuria, the south of Siberia and part of the Chinese provinces of Xinjiang and Gansu.

This is how the story goes (my version):

Around the year 58 B.C. the richest man in Rome, Marcus Licinius Crassus, who formed part of the Roman triumvirate with the no less illustrious Gaius Julius Caesar and Gnaeus Pompeius Magnus, decided to start a war, without the authorization of the senate, against the annoying Parthians who were making a killing on the trade on the Silk Road. In other words, Crassus wanted to kill the intermediary.

Crassus launched a powerful army of around 50,000 men towards Mesopotamia. What Crassus didn’t expect was that the Parthians had an army of horseback archers which was very effective against the Roman legions. The result of the war was a massacre and one of the most humiliating defeats of Rome. The Parthians killed 20,000 Roman soldiers, including Crassus and his son, and captured 10,000 more in what is called the Battle of Carrhae.

The destiny of the 10,000 legionnaires which were taken prisoner remains a mystery, and because of this, they are called the Lost Legion. Nonetheless, it is believed that they were sent to protect the eastern border of the Parthian Empire (in what is now Turkmenistan).

The Lost Legion, which had been enslaved and forced to protect a border which was very far from home, had the luck to be captured once again by the Xiongnu who disputed the region with the Parthians and were enlisted into the ranks of the powerful Hun army.

This is how, according to Dubs, the Lost Legion reappeared twenty years later (in the year 36 B.C.) in the Battle of Zhizhi between the Chinese and the Xiongnu in what is now the Gansu province. Chinese chronicles talk of the capture of strange soldiers, long-time veterans and who fought perfectly organized into a “fish scale formation” which Dubs thinks is a reference to the testudo (or tortoise) formation typical of Roman legions. The foreign soldiers captured by the Chinese were deported and settled in some place near the current town of Liqian.

This is how the poor legionnaires, after being beaten and captured by the Parthians, relocated to the other end of the world, recaptured and recruited by the Xiongnu and captured for the third time by the Chinese, decided to dedicate themselves to something else and founded the town of Liqian. 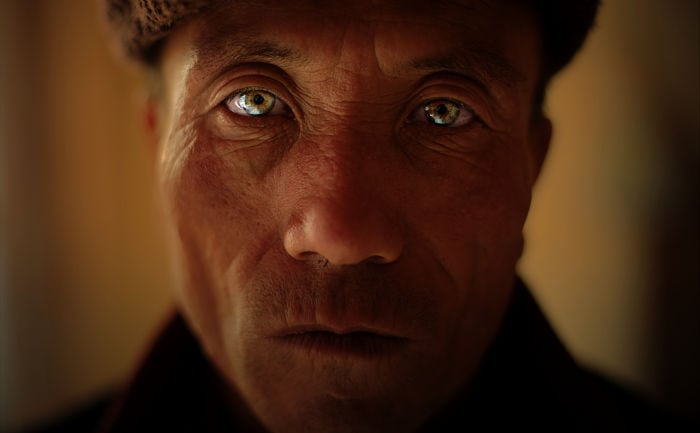 What the theory is based on

Dubs’ theory is based on, aside from both Chinese and Roman chronicles, the particular physiognomy of some of the inhabitants of this small town (like the person in the photo), who at times present Caucasian characteristics such as green eyes, pointed noses, raised superciliary arches or blonde hair (you can do a Google search for “Liqian people” to see more examples). In addition, Dubs believed that the name “Liqian” could be the transliteration in Chinese of “legio” (legion). Liqian was precisely the name that the Chinese used in this era to designate the unknown Romans who bought many of their luxury products.

In addition, Chinese archeologists tried to back up Dubs’ theory, after finding around one hundred skeletons, some of which had heights greater than 1.80 which dated to over 2,000 years ago.

Is the theory true?

Many recent studies have been dedicated to trying to demonstrate that this theory is false. In fact, recent genetic studies seem to rule out the hypothesis of a Roman origin.

Furthermore, it is not strange that Caucasian characteristics appear in the population in this region, as the Silk Road favored interracial marriages, but even more important is the fact that the original population of the region (much older than the Romans and the Han dynasty), is known to have been nomads with Caucasian characteristics, as indicated by the Tarim Mummies. The fact that no objects of Roman origin have been found to date also detracts from the legitimacy of the theory.

Personally, I think that it is an elegant theory which has given the inhabitants of Liqian something to be proud of;  take a look at these photos. Apart from this, it has created an economic development in the area, attracting some lost tourists. Therefore, where’s the harm in declaring Liqian the town founded by the Roman Lost Legion?

Do you want to know more?

Besides the links you can find in the article, you might be interested in reading the historical novel Empire of Dragons written by the Italian author Valerio Massimo Manfredi which is inspired by these hypothetical historical facts.

In addition, the author Ben Kane, in the second part of his trilogy The Forgotten Legion called The Silver Eagle, makes references to these poor legionnaires lost in China.

That’s all for today! I hope you liked this story!