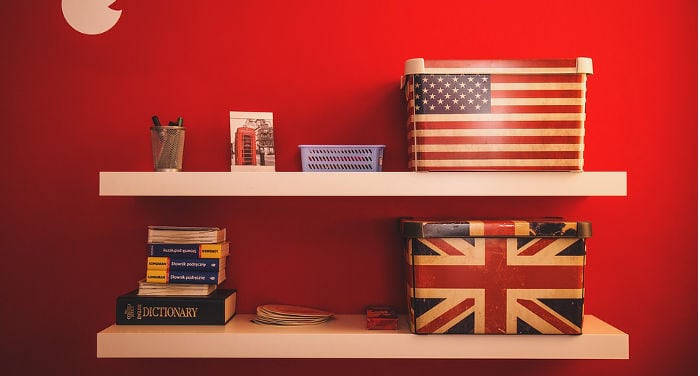 As a straight white male born into a comfortable situation on the East Coast of the United States in the late 20th century, I thought I had a pretty decent understanding of my privileges; that is to say, all of them.

If you were to line up every human being who’s ever lived in order of how fortunate they were from the word go, I’d be in front of 99.99999% of them. I started the game of life with all the cheat codes enabled, and I thought I understood all the factors that went into that.

Then I came to China.

Turns out, there’s a whole other facet to my privilege that I’d never truly understood before: being a native English speaker.

Those of you who had to learn English as a second language are doubtlessly rolling your eyes and/or laughing right now at the incredible obviousness of that statement. But I promise you, a whole lot of Americans and Brits have no clue how lucky they are, and I’m going to do my best to enlighten them a bit here. Starting with…

When English is your native language, you can go anywhere

Every sign at the airport tells you where to go. Every customs form is easy to fill out. Every ATM makes it easy to get your money no matter where you are. Menus help you understand what your food options are; stores describe their products in a way you can easily understand. Think about how stressful traveling already is. Now imagine you have to LEARN CHINESE to figure out where your gate is.

Americans too often look at confused (especially Asian) tourists and chuckle as they confusedly look around trying to figure out where to go, what to do, and generally what the hell is going on. It’s easy to forget that’s because they’re struggling to comprehend an incredibly crazy and unfamiliar language while also navigating their way through a new place. This leads me to…

Everyone everywhere is endeavoring to learn your native language

There are at least 1.5 billion people learning English worldwide, roughly 5 times the number of native speakers.

And guess where a huge portion of those students live?

China has an utterly impossible-to-meet demand for ESL teachers

Learning English here isn’t like learning a few words of Spanish in middle school. It’s not even like me pursuing my dream of speaking fluent Chinese across the world because I was lucky enough to study it in college.

No – in China, being able to pass English competency tests is a fundamental part of getting into the right schools, getting the right jobs, and generally achieving the statistically unachievable Chinese Dream. Every kid in every school has to have an English teacher, and if you read my last article, you know they sure as hell aren’t all going to be native-speaking foreigners.

The numbers are clear; China’s demand for ESL education would be pretty crazy even if they did everything in their power to recruit as many good teachers as possible. But – and regular readers will probably be depressingly unsurprised by this – they don’t. Between the increasingly xenophobic visa policies, racism, terrible environmental problems, and rampant corruption, it’s a lot harder than it needs to be to get qualified people to come live here.

For the average Chinese school, the ability to properly recruit and vet qualified people to teach English classes is slim to non-existent. Most companies will happily hire a native English speaker and fly them across the world without ever so much as skyping with them.

They’ll break laws to set them up with a work visa and apartment before ever seeing them teach a class. Forget TESL certificates – they’ve hit the jackpot if they manage to get an American or British college grad who’s good with kids. Outside of the serious international schools, there’s little to no accountability or standards.

Let’s be clear: this hurts everyone

Chinese students obviously suffer because they don’t have access to the education they need to succeed. Their parents often waste their money on substandard classes. Qualified teachers with advanced degrees and real training come here and quickly realize very few people draw any distinction between them and the hungover jackass who has no idea what he’s doing but happens to be white and American.

And finally, the rest of the world has to deal with an increasingly wealthy, powerful, and globally significant China that still suffers from an incredible deficiency of competent English speakers. That’s not an insult; it’s just a fact. Between the “memorize-first” education system and the utter lack of proper instruction, China’s investment-reward ratio on English communication has got to be one of the highest in the world.

I’d argue that the overall goal here should be to make China more appealing (or at least less unappealing) to foreigners. This shouldn’t be hard – we’re talking about CHINA here. It’s one of the oldest and most interesting places on the planet. For centuries, it’s been the gold standard of “exotic” travel.

On top of that, Mandarin is taking off in Western higher education – do you have any idea how many bright young college grads would welcome a chance to come here, work on their Chinese, teach some classes, and generally have a cool worldly adventure?

But even once you get past the “scary” factors (smog, authoritarian regime, dog meat, etc.), the sad fact is that China is still fundamentally walled off – both figuratively and literally – to foreigners.

Look, I get it. There’s a very real set of sensitive historical circumstances that drives the modern Chinese wariness of Westerners (see: Century of Humiliation, Opium Wars, etc.), but this is a brave new globalized world we live in; you gotta meet us halfway, guys.

Without wishing to overly glorify my own homeland (particularly now, seen the president we got), the USA didn’t get richer and more powerful than every other country on earth by accident – it’s been welcoming the best and brightest from around the world for years. An imperfect system to be sure, but something that’s at least worth taking a look at.

More specifically, schools simply must give the good teachers already working for them more input. It’s far too common for management to have zero interest in anything a foreigner has to say, whether that concerns hiring standards, student recruitment, or even marketing.

Classes are too often put together with little to no placement requirements, and I’ve too often watched as schools hire new people from 7000 miles away without an interview only to find out that they’re completely incompetent or worse – something a simple Skype chat with a native speaker would have prevented.

So if China (the abstract entity) is somehow reading this, here are my actionable points for you to save money and improve your English:

In the meantime – if you’re a native English speaker, consider coming to China! There’s great food, travel is cheap, and you’ll be able to pay for Black Lung treatments with all the extra money you make!

Taylor is from Washington, D.C. and has been living in Beijing for the past two years to confuse his friends and family. When he’s not eating street food, he occasionally does some writing and tries to marginally improve his Chinese. You can find him at Re Orient Yourself