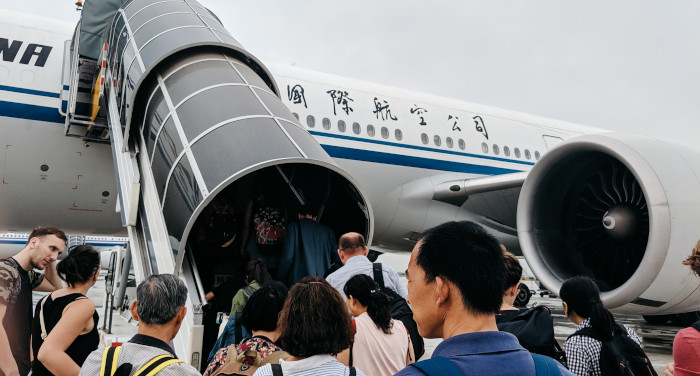 To say that China is a *bit* homogenous is something of an understatement. If you’ve never been here, allow me to briefly bore you with some statistics:

There are nearly 1.4 billion people living in the People’s Republic of China. Of those, well over a billion (roughly 93%) are Han Chinese, and the vast majority of the remainder is comprised of Chinese ethnic minorities.

The census data from 2010 claimed there were around a million foreign residents. Even if that number has doubled in the past 6 years, we’re still talking about something like .001% of the total population.

The point is, even in a globalized 21st Century China, foreigners are still so rare as to be statistically insignificant. Historically speaking, this has – with the notable exception of the Tang Dynasty – pretty much always been a pretty walled off (literally!) and mysterious place to the rest of the world.

Unfortunately, today’s Chinese have something of a love/hate relationship with foreigners; on the one hand, everyone’s curious to learn more about them and wants a good supply of native English speakers to hire as teachers. On the other hand, there’s always been a strong sentiment of “Us Vs. Them” here – even foreigners you like are still forever 外国人 (waiguoren), or “outside the country people.”


As a result, the visa system here has always been a little wacky at best; but it looks like the CPC is doing their best to amp up the madness by introducing a new system of foreigner “grading.”

According to the announcement on the State Administration of Foreign Experts Affairs website, they intend to separate foreigners into three categories of acceptability: A (cream of the crop executive-types), B (professionals), and C (try not to slam the door on your way out). The announcement uses the phrase “鼓励高端、控制一般、限制低端,” which basically means “encourage the high-end, control the ordinary, restrict the low-end.”

The criteria for this supposed grading practice are as follows:

According to the government, this process is meant to streamline the work visa system and make it easier for (acceptable) foreigners to work in China. Rather than getting any snarkier about it, let’s consider the two basic sides here.

On the one hand, the cons:

This feels like typical anti-foreigner propaganda nonsense that’s meant to appeal to xenophobic Chinese the same way Donald Trump appeals to Americans who are scared of Mexicans. China’s desire to simultaneously enjoy the benefits of being a globalized world power while continuing to shut out the rest of the world is questionable at best and dangerously farcical at worst. I know China has never exactly been a nation of immigrants, but come on; the world is supposed to be moving forward, not backward, guys!

Then there’s the issue of needing foreign teachers, which will follow into category C of the grading system. Hundreds of millions of Chinese kids are expected to reach at least some degree of English fluency by their parents, their schools, and their future employers; yet the country continues to roll out nonsense like this.

When you make it harder and harder for young intelligent postgrad kids to come here and teach English, you’re driving up the price any given native English speaker can command as a teacher. And while that’s fine and dandy by me, I can’t help but think that a lot of children’s futures as members of the international community are being sabotaged by the effect this has on the quality and availability of ESL instruction.

On the other hand, the pros:

Have you tried getting an American work visa lately? It ain’t easy, and there’s no doubt we openly prioritize the professional and the highly-educated. I’m not about to start equating the immigration policies of China and the U.S., but I understand that every nation can decide for itself what kind of borders it wants to have.

In a world where – sorry to keep bringing him up – Donald Trump is routinely screaming about deporting 11+ million people and banning an entire religious group from entering America, perhaps I shouldn’t be so quick to judge China trying to introduce a little quality control into the mix.

Furthermore, I would be lying if I said the foreigner community here is made up of entirely China-loving scholarly types who just want to spread knowledge and be productive members of society. I’m routinely saddened by interactions with – and stories of – people who openly couldn’t care less about their students or job and brag about how easy it is to take advantage of their foreigner status both professionally and personally.

Owing to its “other side of the world” status and low cost of living, China does attract a lot of people who just want to run away from their problems back home. A thinning of their ranks wouldn’t be the end of the world.

I don’t think the Chinese are necessarily wrong for wanting to take a closer look at who comes here for work, but I’m having a hard time imagining that this A-B-C grading system is the way to go about it. When every kid and his dog needs an English teacher and native speakers make up something like 1/1000th of a percent of the population, perhaps it would be better to focus on attracting more of the foreigners you want rather than trying to label and cull the tiny basket of deplorables.

At the end of the day, it probably doesn’t matter: this isn’t the first time the CPC has made a broad sweeping declaration like this about foreigners, and it won’t be the last. Companies with access to the right stamps and papers will still be able to hire whoever they want; foreigners attempting to skirt the qualifications will still be dependent on the guanxi of whoever happens to be filing the application. For better or worse – as with many things in China – real reform tends to take a back seat to big flashy announcements that end up going nowhere.

Now if you’ll excuse me, I need to go study for the HSK 5 test so I can get more brownie points…

Taylor is from Washington, D.C. and has been living in Beijing for the past two years to confuse his friends and family. When he’s not eating street food, he occasionally does some writing and tries to marginally improve his Chinese. You can find him at Re Orient Yourself