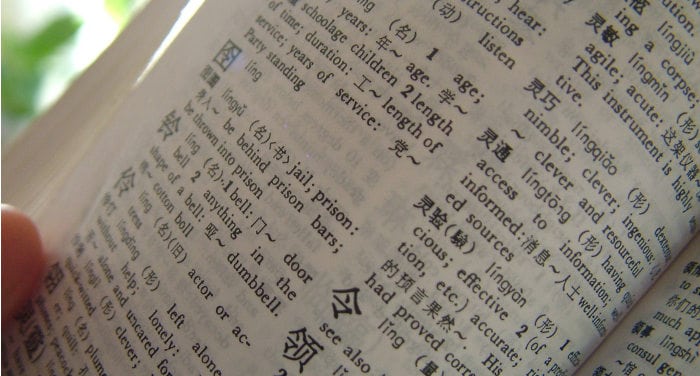 According to many students of the Chinese language, the particle le (了) is among the most difficult Chinese grammatical particles to master. 了is not an element to represent the past tense (like many think); it is a particle that does not have a meaning or a concrete term. In structural terms, 了 can show up in two different positions within a phrase.

When 了represents a change of situation

了 placed at the end of a phrase indicates a change of situation or a new condition. In this case,了 becomes a modal particle.

It began to rain (the particle 了 implies that it wasn’t raining before and at the moment of the wording it is).

Here are some other examples:

我决定不跟他说话了。
Wǒ juédìng bù gēn tā shuōhuà le.
I decided not to speak to him anymore.

Note that the adverbs yǐjing (已经) and dōu(都) when used with the value of “already/by now”, can be omitted without affecting the meaning of the phrase.

When the verb followed by the perfect particle 了 is found in a subordinate sentence – which depends on the principal one – one can derive that the there is an existing relationship between the action expressed in the subordinate sentence and that which is expressed in the main sentence. When the second action takes place immediately after the completion of the first, the particle 了 is used to indicate its completion.

In the principal phrase you’ll find the adverb (就) “then” to underscore the consequence between the two actions. Jiù (就) also implies a certain immediacy.

The construction with jiù 就 can also refer to the future.

The imminence of the action

There are particular constructions that allow for the expression of imminent action, or something that is about to happen:

When the action took place in the past

When one indicates an action that took place in the past, we must use méi (没), without the particle 了, as you saw in the examples above. Méi (没) is, moreover, the only adverb that can negate the verb yǒu (有) “to have/to be there”.

他没有钱。
Tā méi yóu qián.
He doesn’t have any money.

When yǒu (有) is negated by méi (没) , assuming the value of “not to have/not to be there”, you can omit yǒu有.

他没钱。
Tā méi qián.
He doesn’t have any money.

他没钱了。
Tā méi qián le.
He no longer has any money.

According to some scholars, the particle 了 comes from the character liao (了) which means “to end, conclude” and the two syllable word liao jie (了结), which means, to the point, “to bring to an end, to conclude, to finish” but also “to be deceased”.

Although these characters (with this function) are now considered archaic, it is worth mentioning them since, most likely, it is from these ancient meanings that we get the current function of 了: the mark of the perfect aspect of the verb, that is the realized aspect (and for which is ended) of the verb.