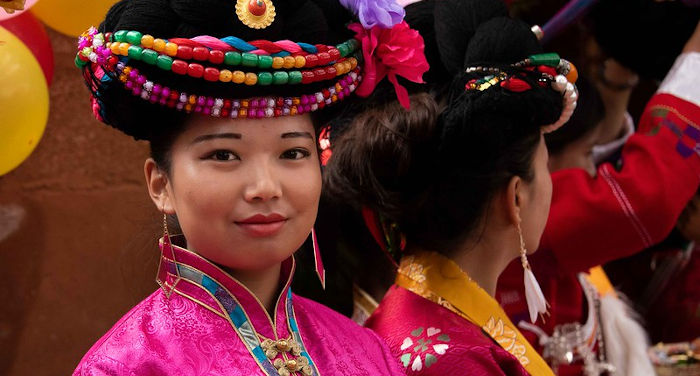 I heard about the Mosuo bits and pieces at a time talking to anthropologists and backpackers. They are a Chinese ethnic minority living around Lugu Lake, on the border between Yunnan and Sichuan province. I had the idea that they were a matriarchal tribe and I believed men among them were reduced to sex objects. Mosuo men didn’t even have to work!

“Maybe I could move there,” I admit I thought sometimes…

After a short trip to the homeland of Mosuo, the colors, the music, the flavors of Lugu lake and the story of the playboy Zhaxi made me even more curious to know more about this world.

Even if women make strategic decisions, inherit the family’s goods and handle business, the men still hold the political power. Hence we cannot talk about matriarchy.

Sometimes Mosuo are described as a matrilineal tribe, but also this definition is too narrow as adoption is quite common within the tribe and adopted daughters may become matriarchs themselves, interrupting the matrilineal line.

Trailer of “Kingdom of women,” a documentary about Mosuo people.

The legend of Mosuo’s promiscuity originates from the practice of Axia, a local word translated in Chinese as “walking marriage” (走婚, zouhun). However, the translation is inaccurate: Axia is a much more deep concept and summarizes the terms of Mosuo sexual relationships.

They usually live in extended families (grandfathers, great grandfathers, parents, sons, grandchildren, uncles, aunts, cats and so on). The house is made up of common rooms and only the post-pubescent girls who have participated in the coming of age ceremony (during which the girls “become” women and are allowed to wear a skirt) have the right to a private room where they can host one or more lovers.

A man can visit his lover only at night. He must enter from the window and leave the house, always through the window, before the sunrise.

To interrupt a relationship, a girl only needs to close the window. The guy will understand.

In the Mosuo culture marriage doesn’t exist, couples are not tied by any kind of economic relationship, the children are raised by the family of the mother and inherit her family name. Also, the father has no right to be introduced to his son before the ceremony during which the child “becomes” a man.

Having several lovers and children from different men is acceptable in Mosuo society. However, most of the girls choose to undertake monogamous relationships.

Thus the legend that paints Mosuo women as nymphomaniacs, often fueled by tour operators that want to promote sexual tourism along the Lugu Lake coasts, is far from the reality. Conversely, it seems that the prostitutes you can find here are often girls from South East Asia dressed in traditional Mosuo clothes. 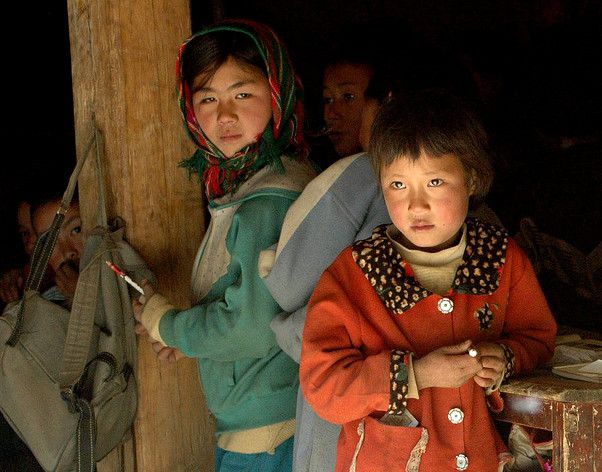 The last urban legend tells that Mosuo men don’t need to work, they rest all day and keep their energy for the night visits to their lovers. The reality is that men deal with doing the fishing, farming, slaughter, and preservation of the meat for the winter.

This family structure is much more robust than the one we are used to. Divorces do not exist, the custody of children is never a problem (they always belong to the family of the mother), and there are no controversies for the inheritance as goods are not shared during relationships.

Mosuo is often associated with Lugu Lake, a natural lake at the border between Yunnan and Sichuan province. However, the biggest town close to the lake, Luoshui, has been transformed by tourism. If you want to know the authentic Mosuo culture today you need to reach the mountains of Yongning, where there is the biggest Mosuo Tibetan monastery.

If you want to know more

Leaving Mother Lake: A Girlhood at the Edge of the World by Christine Mathieu and Yang Erche Namu, is the biography of Yang Erche Namu, a Mosuo girl that, at end of the sixties, leaves the countryside for the big town.

Mosuo are Matriarchal by Rod Waddington