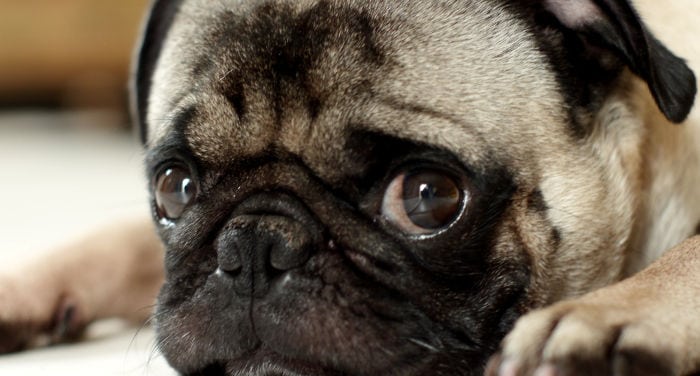 Disclaimer: This article is an opinion article based on contrasting information and personal experience. The comments section is open to discussion. However, just like with any article on SDC, any comments considered to be clearly offensive or insulting will be deleted.

Regardless, I was curious about the reason for this wave of comments. I found the answer quickly by reading the newspaper. Apparently, people had started a worldwide campaign to stop the Lychee and Dog Meat Festival in the Chinese city of Yulin, in Guangxi, which is held every year on June 21.

This is the reason why I have decided to cover this subject in the most objective way possible today.

Truths and myths about the consumption of dog meat in China

Yes and no. Is it obvious that in China, people eat dog meat, but contrary to what most people think, the consumption of dog meat in China is not very widespread.

Basically, dog meat is eaten in southeastern provinces, such as Guangdong or Guangxi (close to Vietnam), and in the northeastern area that borders Korea.

In the southeastern part of China, people boast that they eat anything with four legs other than tables and chairs. Culturally, in these areas, people have a predilection for eating “strange things” as they consider that the stranger a food is, the more luxurious it is. In fact, in my opinion, this is the reason why the idea that Chinese people eat everything has become so widespread.

In the northeastern area, the winters are extremely harsh and according to traditional Chinese medicine, dog meat is very warming, and therefore helps to combat the extreme cold. However, except among ethnic minorities, the consumption of dog meat is getting more and more rare.

This idea is very far from the truth. In fact, the Chinese are not the biggest consumers of dog meat, by far. And while they may be quantitatively, qualitatively, they aren’t. Let’s take a look at some numbers.

In China, it is calculated that between 10 and 20 million dogs are consumed each year. That’s a lot, isn’t it? However, China has a population of approximately 1,350 million people, and that means, by doing the basic division, that approximately one dog is eaten for every 100 Chinese people in one year. To compare, in my country (Spain), approximately one pig is consumed per person per year.

In fact, in countries such as Korea or Vietnam, the consumption is much more widespread. In South Korea, 2.5 million dogs are consumed and in Vietnam, 5 million dogs. Considering that Korea has around 50 million inhabitants and Vietnam around 90 million, one dog is eaten for every twenty people in Korea and for every eighteen in Vietnam. That means that in South Korea and Vietnam, dog meat is consumed around 4 times more per capita than in China.

In China, you may be eating dog meat without knowing it

It is possible for this to happen, but it is extremely unlikely. In fact it is more likely for the opposite to be true; that is, that they sell you pig saying that it is dog. The reason is very simple: dog meat is much more expensive than other types of meat, as it is considered a luxury. In addition, finding restaurants that serve dog meat is hard, and because of that, it is unlikely that you will order it by mistake.

This is obvious: what animal destined for human consumption isn’t mistreated?

It is common to see articles on the treatment of dogs in China, with them transported piled on top of one another in cages with no water, etcetera. However, how is this different from how lambs are transported, for example. Personally, I have seen lambs transported in my country in conditions very similar to or even worse than the images of dogs in China.

It is true that legislation on the treatment of livestock is more developed in countries other than China, but this isn’t a dog problem but rather a problem with the treatment of animals in general.

How can they eat man’s best friend?

This is a cultural question. For SOME inhabitants of South East Asia, dog is not man’s best friend but rather a simple food source. However, it is worthwhile to mention that for the majority of Chinese people, eating dog meat is unthinkable. Other examples of cultural differences in this respect could be:

In China they steal dogs to sell their meat

This is one of the most repeated complaints in articles on the subject, as while it may happen, I see it as being unlikely. If there is one thing that stands out among Chinese people, it is their practicality. Because of this, if we consider that in China, the majority of dogs are tiny and those that they sell for meat consumption are normally of a medium sized breed, what would be the point in making the effort to find a dog that is adequate to sell and then “kidnap” it afterwards when its owner isn’t looking. I think that is it much easier to raise the right dogs in large quantities to sell them later.

My opinion on the subject

Before going on, I want to clear up a few points:

1) Despite having lived for almost five years in China, I have never eaten dog meat.
2) I love dogs and in my family, we have one.
3) I am not a vegetarian.
4) When I have seen dogs skinned and hung up to sell their meat, it causes me a bit of repulsion.

Having said this, I think that consuming dog meat is completely respectable and is not at all reproachable, as long as the slaughter is done in conditions that are minimally decent. What I don’t consider respectable is the attitude of considering Chinese people barbarians because they eat dog meat. People, the colonial period came to an end a long time ago; your culture is no better than others, and the sooner you figure that out, the better you will do in the new, globalized world.

Campaign against the Yulin festival

While I respect this, as you may have already figured out, I am against the worldwide campaign against the Yulin festival, especially the part where foreigners travel to the area to try to stop the festival. My reasons are both ideological and practical, and here are the main ones: