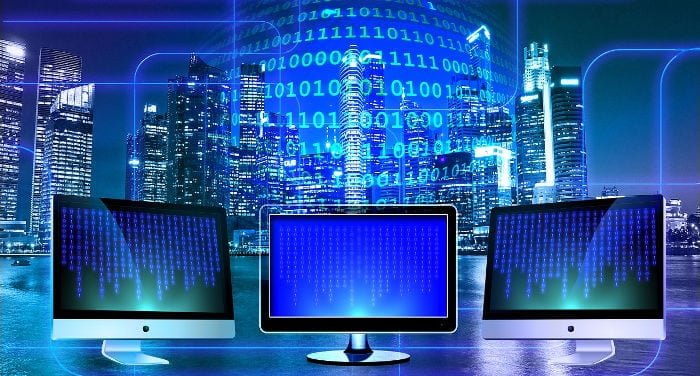 VPNs are an excellent tool to access the Internet securely and without restrictions. Currently, using a VPN is the best way to get around the Great Firewall of China and be able to access all of the blocked apps in the country.

However, how can you objectively assess the performance of your VPN? In this article, we explain how to use an Internet speed test to evaluate the quality of your Internet connection and the functionality of your VPN. Also, here you can find some tips to improve your VPN speed.

Below is a tool designed by Bing that you can use for free to test your Internet connection speed (simply click on Start):

How to evaluate the speed test

Normally, speed tests provide three results: ping, download speed, and upload speed. Below, we will explain what this information is used for.

Ping or connection latency is the response time. In other words, it’s the time that elapses between when you ask for a piece of data and when you get the answer. Ping is calculated in milliseconds (ms).

This factor is important to be able to browse quickly and is very important for online gaming. Ideal pings are around 50 ms.

For normal browsing, a ping of under 250 ms is usually enough. If the ping is between 500 and 1000 ms, it’s very likely that browsing will become somewhat frustrating.

For gamers, the ideal ping is under 20 ms, although with values of between 20 and 60 ms, you will only barely notice the lag. From 100 ms onwards, the ability to play starts to be affected, and values of greater than 250 ms are incompatible with the majority of games.

Download speed is the speed at which you receive information from the Internet. It’s calculated in megabits per second (Mbps).

Download speed is essential for streaming (viewing videos or listening to music directly on the Internet without downloading it beforehand), and doesn’t tend to be a limiting factor when it comes to browsing websites.

For normal Internet browsing (doing searches and reading content), values above 0.5 Mbps (or 512 Kbps) tend to be enough, but it’s also possible to browse (with a bit of patience) with values of around 256 Kbps. Values below 256 Kbps tend to make browsing an exercise in patience.

For streaming, it’s ideal to have values of above 5 Mbps. For example, Netflix requires a minimum of 0.5 Mbps, and recommends 1.5 Mbps as a minimum. below, I give the details of the speeds necessary for different types of streaming:

Upload speed is the speed at which you upload information to the Internet. It’s also calculated in megabits per second (Mbps).

In general, in our experience, it’s the parameter that has the least effect on using the Internet, although it’s important for video conferences or uploading files to the Internet.

In principle, values of around 5 Mbps are more than enough, although the majority of people don’t need more than 0.5 Mbps (what Skype recommends for high-quality video conferences).

Important: To evaluate your connection speed when you’re on a Wi-Fi network, make sure you’re in an area with a good signal. In other words, it’s important to do the test as close to the router as possible to prevent distortions due to the quality of the Wi-Fi signal.

How to evaluate the performance of your VPN

The performance of a VPN can vary depending on multiple factors:

Taking these factors into account, evaluating the performance of your VPN is very easy:

Normally, the VPN will somewhat affect the ping, although if you choose a nearby server, it shouldn’t be over 50 ms (150 ms in countries like China).

In terms of the download and upload speed, the test with the VPN shouldn’t have values that are very different from the test without the VPN, and sometimes can even have higher values, especially if you use weak encryption.

If there’s a big difference between the speeds with and without the VPN, that could mean that the VPN that you’ve chosen might not be the best option.

Last of all, while speed tests are very useful to give you an idea of your connection quality, sometimes they can be deceiving, especially if the connection isn’t very good. Keep in mind that Internet speeds can fluctuate and lead to errors, because of which I recommend doing the test multiple times before drawing conclusions.

How do I test my VPN speed?
There are several free tools that allow you to test the speed of your VPN, or to be more precise, the speed of your internet connection while using a VPN. For instance you can use the tool offered by Bing.

With such a tool, you can test the download speed and the upload speed of your VPN. You can also find out the response time of your connection (or ping), which is calculated in milliseconds.

Which VPN is the fastest in China?
Although it depends a lot on your city, your internet connection and the server you use, ExpressVPN is probably still the fastest VPN for China. Note, however, that performance might vary a lot on a day-to-day basis with any VPN.
Does a VPN increase your internet speed when used in China?
Generally speaking, a VPN will increase the speed for websites that are hosted outside of China, such as the website of a local US newspaper, and decrease your speed for websites that are hosted in China, such as the website of your university in China.

So, if you are browsing Chinese websites, you might want to switch off your VPN to increase the speed of your internet connection

Does a VPN slow download speed?
Generally speaking, the answer is “yes” because a VPN adds complexity (and security) to your internet connection.

However, if you are based in China and you want to browse websites that are hosted outside of China, you might see the opposite effect, i.e. a faster download (and upload) speed.

How do I make my VPN faster?
Although there are many factors to consider, here are some of the most important ones:

Choose a “simple” protocol, for instance, OpenVPN. It might not be the most secure, but it’s certainly faster.

Test the servers offered by your VPN: Every serious VPN offers a wide range of servers. Generally speaking, the closer the server is to your location, the faster your VPN will work. Therefore, if you are in China, you might consider servers in Hong Kong, Singapore, or Japan.