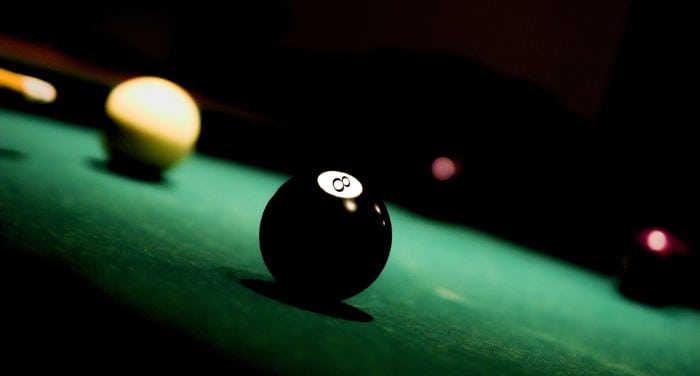 When coming to China it’s useful to understand various things about Chinese Culture. It runs deep through the veins of this unique country and you will experience positive and negative things about the culture every single day.

One moment the crowds during rush hour will have you startled, the next, you’ll be taking in the gorgeous sites of the Summer Palace on a crisp Autumnal day in pure peace and harmony.

Today we talk about numbers in Chinese. They bear a very important resemblance to many Chinese people with superstition perhaps running deeper than you’d expect. We’ll split this article into two parts. Our second article will focus on the numbers to avoid in Chinese and the measures that are taken in China to avoid these numbers. Today, however, we’ll spread some joy by focusing on those lucky Chinese numbers and some stories that only a country like China could produce!

Lucky numbers in China don’t come much luckier than the Number 8. Number 8 in Chinese (bā) sounds very similar to the word “to prosper”, 發 (fā). People in China will go to extraordinary lengths (financially at least) to get themselves a number plate, or a mobile phone number with as many 8’s in there as possible!

To give you an idea of exactly how high the Chinese put the number 8 on the pedestal, here are some fun facts of how the number 8 is implemented in China:

The lengths China goes to, as you can see, are quite impressive. It’s also worth noting there is also a group of number combinations which also include the number 8.

An example being any 3 digit numbers that end with the numbers 4 and 8. This sounds similar to “wealthy for X number of lifetimes”. So for example, 748 (qī sì bā) sounds like qī shì fā (七世發). This means “wealthy for 7 lifetimes”. Likewise, 848 would mean wealthy for 8 lifetimes!

One final footnote regarding the number 8, and probably the most incredible, relates to weddings and the Olympics.

The date 8/8/2008 was penciled into many Chinese diaries not just for the start of the Olympics but because a huge boom in weddings surfaced for the big day. Families wanted to start married life by offering themselves as much luck as possible, and by tying the knot on this special date, they’ve given themselves all the luck they could’ve wished for.

Couples continued the traditions by having 8 bridesmaids, 8 course meals or 8:08 pm first dances! You can read more about this incredible day in China via an article on the NBC website.

So in China, when six is paired together numerous times to make 66, 666, or 6666, etc these are actually considered very lucky numbers. In keeping with the theme of crazy number stories in China, here is one to rival the above stories for the number 8.

A Chinese motorcycle dealer in 增城 (Zēngchéng) of Guangdong Province in the south of China paid 272,000 Yuan (USD $34,000) for the motorcycle license plate AW6666!

That’s barely scratching the surface. A quick Google search for further stories will give you an endless list of crazy lengths that can be reached, to gain the lucky number! We’ll leave that to you…

Chinese youngsters tend to use the number 666 to express their admiration or positivity towards a situation. Likewise, there is a common Chinese idiom which goes, 六六大顺 (liù liù dà shùn).

This means that things will go smoothly. Another interesting anecdote that’s been commonly spoken of is that if a man wishes to wed his partner, he should confirm this with the gesture of giving a red packet of 6,666 Yuan or 66,666 Yuan. 666 Yuan might be too small an amount, especially given the fact a man paid over 400 times this for a motorcycle number plate!

The number 9 sounds very similar to 久 (jiŭ) which translates to “long-lasting” or “eternity”. Due to this, it’s another example of a number that is used at Chinese weddings or also birthdays! The number represents longevity so is perfectly apt for either of these celebrations.

Staying with the theme of romance, to signify everlasting love, 99, 999, or 9999 roses are usually sent to present eternal love.

The number 9 is also traditionally associated with the Chinese emperor. His robes had 9 dragons on them and officials were organized in, yep, you guessed it, 9 ranks.

Another crazy fact is that The Forbidden City is known to have a total of 9,999 and a half rooms!

So that’s the three luckiest and most auspicious numbers in China. Look out for them on number plates, phone numbers and in day to day life. However, there are also some combinations which it’s worth introducing you to. These aren’t necessarily lucky, but they are well worth knowing because you’ll see them pop up a lot! Let’s introduce you to two of them.

One of the more common, well known combinations that is widely used across WeChat. Why you ask? Take the phrase for “I Love You” in Chinese – 我爱你 (wǒ ài nǐ). Note the pinyin for this almost resembles 520 in Chinese Pinyin. Many Chinese would type 520 in a message to a partner with the intention of expressing their love for that person, because typing 我爱你 is just too much effort!

This number combination actually links directly to the above but before we get onto that what does this combination mean on it’s own? 1314 sounds pretty close to 一生一世 (yī shēng yī shì). The direct translation of this is “one life one world”. How does this link to the above? Combine them to make 5201314… got it yet? I love you forever!

So there you have it. The three luckiest numbers in Chinese culture. Be very aware of these when giving gifts for example. The gesture, especially from a foreigner won’t be forgotten if you hand over a red packet with 666 Yuan in for a friends birthday.

In our next article we’ll focus on the other side of the coin, the numbers to avoid in Chinese and this is probably more important than the luckiest so watch this space…

This article was brought to you by LTL Mandarin School, a Chinese language school based in Beijing, Shanghai, Taiwan and Chengde.