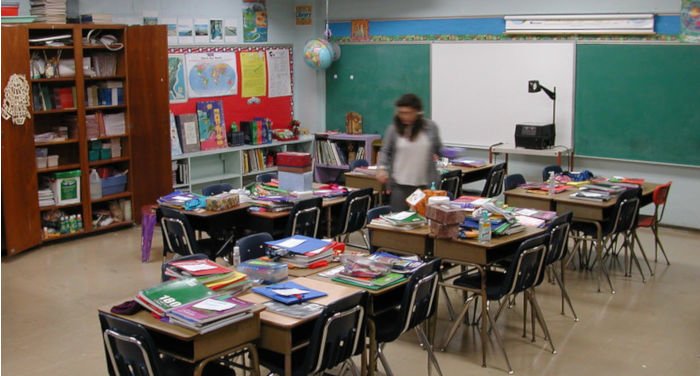 What is an international school in China?

If your company pays for the tuition, there’s no reason why you shouldn’t let your children enroll in an international school as the quality of education is superior. It will also increase the chances for your kids to make friends and to get accepted by foreign schools at a later stage.

What sets international schools apart from the public ones is that the students speak English, but have the option to take Chinese classes. Besides, the curriculum includes both Western and Chinese academic and cultural understanding.

So can anyone study at private international schools? It depends.

Generally, Chinese children are not allowed to enroll at the schools, unless a parent has a foreign passport or they migrate from another Asian country. Having said that, Chinese international schools have become less popular among Westerners in the past years due to the great increase of Asian expats and Chinese families who move back from overseas.

Types of international schools in China

Below I’ve listed the different types of international schools that are available in China.

Schools for Children of Foreign Workers (SCFW) are sometimes referred to as expat schools and cater to the local expat communities. This is one of the most popular options among foreign expats. As mentioned, Chinese children and students can attend the schools if a parent has a foreign passport or if an ethnic Chinese student migrates to China from another Asian country.

Students mainly communicate in English, while they have the opportunity to learn Chinese.

These schools are joint ventures between foreign schools or education companies and Chinese owners. Yet, the Chinese government has issued new regulations that prohibit this formation since 2019.

On the contrary to SCFWs, Chinese students are allowed to enroll in the schools. Typically, the Chinese owner secure the financial parts of the project and lease the land, while the foreign school provides the teaching.

Foreign ownership is not allowed in Chinese-owned private schools and these schools were established to cater to Chinese citizens. The main purpose is to provide education in both Chinese and English to make students more adaptable and attractive to the global market.

The Independent Schools Council (ISC) in the UK previously credited Chinese schools as international private schools if they had international streams in their instruction. These schools have become less common due to changes in China’s government regulations and ISC now only counts Chinese children who study in the international style of education, such as SCFWs.

How many international schools are there in China?

The number of international schools has increased much over the years and there are currently 857 schools available. 563 are international Chinese-owned private schools, established to cater to the local population.

Most of the international schools can be found in Shanghai, Beijing, and in Guangdong province.

How is the enrollment process?

The enrollment process is similar to private international schools. To give you one example, I’ve included the admission process for Britannica International School, which is one of the most popular international private schools in Shanghai.

At Britannica, parents and students first pay a visit to the school to:

To apply for the school, you need to submit the following documents:

When prepared, you can scan and send the documents directly to the school. You can also bring any missing documents in person.

The school will organize a meeting with the principal after they’ve received your application form and relevant documents. Now the formal assessment starts.
The school will also assess your child’s cognitive ability, which is needed to make sure whether the school is suitable. You can call or email the school if you want to schedule an assessment.

The principal sends you an offer if your child has met the admission criteria (stipulated by Shanghai Municipal Government), there’s a place available and passed the assessment.

You need to pay a refundable deposit to secure a spot and the offer will be valid for 7 days. You or the guardian must accept the offer by email and manage the payment as shown in the official reply from the school.

Britannica International School is one of the most reputable schools and is fully British-owned with British-trained teachers. The school is located in Gubei, a central area with a high density of foreigners and expats. The school offers a British National Curriculum for students aged between 2 to 18 years and where the Key Stages are defined as follows:

Britannica International School works with prestigious examination boards of Cambridge University, for example, and provides the Advanced Level (AS and A2) examinations. This will give entrance to American, British, Australian, Canadian, and Asian universities.

The British International School Shanghai is part of the Nord Anglia Education and located in Pudong and Minhang. The same as it goes with Britannica, the school offers education in the English National Curriculum for children aged between 18 months to 18 years. The school works with prestigious examination boards, such as Edexcel and the University of Cambridge, allowing students to enroll in top universities worldwide.

The school offers top-notch education and have entered into partnerships with MIT and Juilliard, for example.

Concordia International School was founded in 1998 and is a private Christian international school situated in Pudong. On the contrary to the above-mentioned schools, Concordia is an American school.

The school has grown much since its inception and currently has around 1,200 students, enrolling in classes from Early Childhood Education to High School. The school has a strong reputation and one of the biggest communities in Shanghai.

Dulwich College Beijing is ranked as one of the best international schools in Beijing. The school was founded in 2013 and has more than 1,500 students, enrolling in different programs from the age of 2 to 18. The curriculum follows the National Curriculum of England and Wales.

The Guardian has previously listed Dulwich College as one of the best international schools in the world, the only school in China to be included in the list. The school claims to practice English and Mathematics in small classes, to make the students more confident and able to concentrate.

The International School of Beijing established as early as 1981 and is one of the oldest private international schools in China. With 1,750 students from 50 countries, the school has become one of the most desirable to attend in Beijing.

What makes ISB different from other schools is that they choose their learning standards from different education systems worldwide. The curriculum is not restrained by the expectations of one national education system.

The American International School of Guangzhou is a highly accredited institution, founded in 1981. It is a non-profit and co-educational day school for foreign children from preschool to highschool. Over the years, the school has got accreditation from many organizations, such as the International Baccalaureate program, the Western Association of Schools and Colleges (WASC), and WIDA.

The British School of Guangzhou

The British School of Guangzhou is part of Nord Anglia and established in 2005. The school follows the English National Curriculum and is one of the most prominent schools in the city. With more than 1,000 students from 50 different countries, students have shown exemplary results, with 59% of exams taken awarded either grade ‘A*’ or ‘A ‘- the highest possible grades.

The Shenzhen American International School established in 2005 that serves foreign students as well as students from Hong Kong, Macau, and Taiwan. The school uses American standards and helps children and students from preschool through eighth grade.