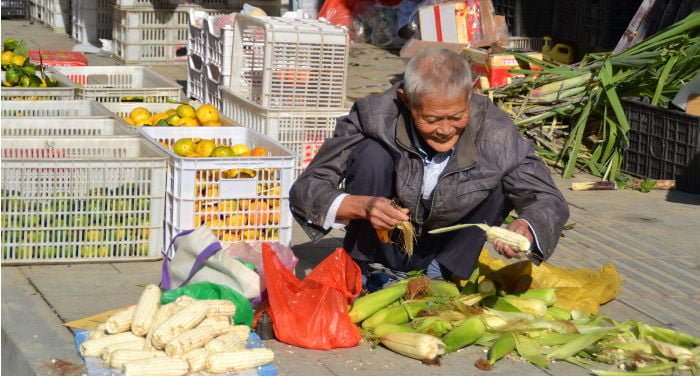 The week of the Chinese national holiday is called 黄金周, or Golden Week: in China, on the first of October they celebrate the anniversary of the birth of the Chinese People’s Republic of China, which is followed by an entire vacation week where schools and offices close and only restaurants and hotels work hard during these days which I would define more like “fire” than “gold”.

On my third Golden Week here in China I already know that it’s best to avoid the most touristy areas and the big cities, as well as train stations and airports: a simple trip outside your door could become a real ordeal.

It seems that all the Chinese take advantage of this vacation week to take a trip with their families or return home to see their parents or relatives: and so it was that I regretted having used this week off of university classes during my first year in China to go to Beijing, travelling for nearly 30 hours on a dirty overcrowded train without even a place to sit only to arrive in Beijing without even being able to visit the Forbidden City because the daily allottment of tickets was already sold out by 9 in the morning.

Moving along in procession in a Tienanmen full of Chinese tourists armed with smartphones and cameras, I promised that I would never again travel during Chinese holidays at the risk of staying shut inside my university dorm.

This year the desire to make the best use of these free days and a still mild beginning to Autumn, led me to opt for a non-touristy destination, or at least somewhere uninteresting for the average Chinese tourist that loves standing in line just to sweat in order to take a selfie on the Great Wall.

The Zhejiang region is characterized by a mountainous landscape immersed in lush green nature that brings to mind the famous Chinese landscape paintings. Having read about some interesting outdoor destinations to visit in the region, I asked some Chinese friends about going to see some of the beautiful rural locales, and the decision was to go to Tonglu. Tonglu is a province in the northwest of the Zhejiang region and is about 80 km from Hangzhou.

My adventure to Tonglu began right on October first when along with some friends we got on a bus that makes a daily trip shuttling between Tonglu and Hangzhou. You can take the bus for Tonglu from the south railway station in Hangzhou, which the day before as well as the first of October was full of people ready to leave with lots of bags and suitcases.

The bus trip lasted more than expected because of the horrendous traffic due to this enormous exodus of Chinese for the big national holiday. I arrived in Tonglu famished after 4 hours, welcomed by street food sellers that surround the area around the station, almost as if they knew they’d find tired travelers with growling stomachs.

My traveling still wasn’t over since I booked a hotel on the outskirts, one of the few in the area that accept foreign guests: you should know that in order to host international guests, a specific certification is required from the Chinese government.

The hotel is located a little outside the city of Tonglu, which seemed strangely deserted on such an important date for China. The area my hotel was in is a small country village far from the chaos and modernity, and perhaps it was for this reason the arrival of my Western face and that of my friends was received with curiosity and astonishment.

In the course of a few hours the whole neighborhood was aware of the arrival of a group of courageous people 外国人, namely strangers. In order to register at the hotel, an old building that didn’t seem very clean, it took almost more than an hour because the nice lady at the reception had more than a little difficulty entering my name and passport information in the computer, since she was unused to seeing many documents other than Chinese ones. 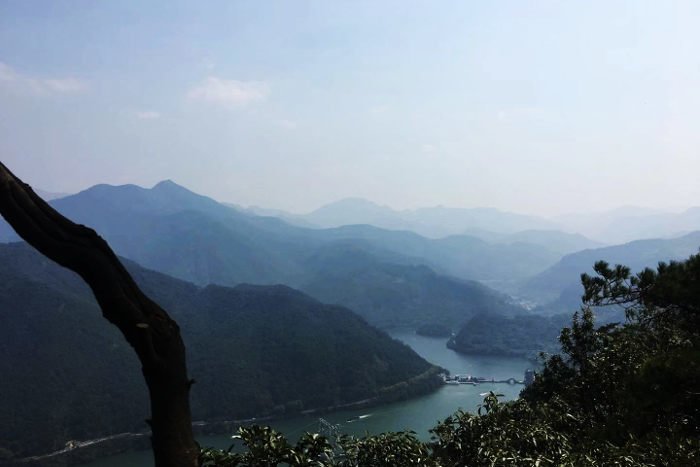 My first day in Tonglu went quickly between the travel and hotel registration, and the sky was already dark when dinnertime came around. In a very welcoming atmosphere my cheerful friends and I sat at one of the many restaurants in the area, on stools placed on the street in front of a wobbly table set with some of my favorite dishes, such as sweet and sour eggplant and spicy tofu, all accompanied with a nice bowl of rice and the curious stares of passersby.

The morning after was completely different and in front of the entrance to the hotel there was an enormous fruit and vegetable market, men cruising around on typical rickshaws and old ladies seated along the road selling products from their gardens. Outside life continued in its calm chaos, and I had the strong sensation of clashing with that environment fixed in its traditional routine.

After a beautiful breakfast of steamed sandwiches and fried dumplings served by a smiling lady on the street, me and my friends were ready to take on a tour of the mountain we had planned for the day. One of the most touristy destinations in the city of Tonglu is in fact Dajishan National Forest Park: a pleasant mountain journey hugged by crystal clear streams and green shrubbery in an almost fairy tale atmosphere.

Getting to the park is very easy because it’s well connected by almost all bus lines and a taxi trip from almost any area of the city is not at all expensive. For high season the park wasn’t excessively crowded and the route on the mountain was pleasant despite a few obstructions in the tightest or most difficult areas to cross, or at one of the restaurants along the route that serve tourist dishes such as rice cooked inside bamboo, which is always delicious despite being a cliché in China.

The nature at the foot of Mount Daqi is lush, the air is clean and the water so clear that you’d want to take a swim if it wasn’t prohibited. You can finish the whole trip in half a day, and the little picnic at the foot of a little waterfall was the nicest part, submersed in nature and photographed by the Chinese as much as a panda eats bamboo: I think that coming across my group was the main attraction of the day.

The rest of the day was spent walking the city of Tonglu: peaceful, green and completely deserted, I had the impression of being in a ghost city. There weren’t many cars around and the apartments, like the stores seemed deserted: it seemed that everyone really escaped elsewhere during the vacation. The day finished slowly along the banks of the Fuchun River the crosses the city, admiring a gorgeous sunset mixed with conversations and a few Chinese beers that seemed more like carbonated water than an alcoholic drink.

The last day in Tonglu, before taking the return bus to Hangzhou, was a real adventure: after an evening singing Karaoke, known in China as KTV, one of the few things to do at night in Tonglu, we made friends with the owners who afterwards offered us never-ending cases of beer to keep the evening full of off-key Britney Spears songs and a few mangled Chinese songs going, and offered us the opportunity to tour the mountain together with them.

And so in the morning, after a few hours of sleep, we followed our improvised Chinese guides toward one of the mountains near our hotel: what should have been a peaceful walk transformed into a real climb on lands not often visited.

The view at the end of the interminable climb through wild nature was spectacular: through the trees it was possible to glimpse the Fuchun River which crosses the green mountains in a panorama that was so delicate that it seemed painted with watercolors.

The view from our mountain was one of the tourist attractions that we were sadly unable to visit during our stay since it was too expensive for our budget: a boat tour along the Fuchun River up to a little Buddhist temple (a boat tour costs about 200 Yuan, not much by Western standards, but plenty for students living in China on a scholarship).

The brief tour of Tonglu reminded me of living in an authentic China, perhaps not one of the greatest tourist attractions in Zhejiang, but definitely a different experience and far from the many attractions that are so crowded today and seem more like amusement parks than cultural or archeological sites.