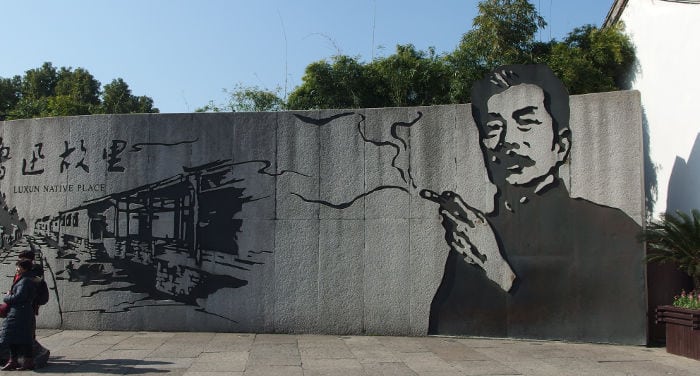 Shaoxing is located in the northern part of the Zhejiang region, very close to famous Hangzhou and about an hour and a half by train from Shanghai.

The city is considered one of the water towns found in the region south of the Yangtze River, like the more famous Suzhou and Wuzhen, by way of the numerous waterways that cross and surround them.

Shaoxing is not considered a tourist destination by many simply for the fact that it is unfortunately surrounded by some of the more important and famous Chinese cities that attract the majority of tourists. However since the last century its fame has increased, besides being the birthplace of Lu Xun, the most famous Chinese writer of the twentieth century, as well as one of the most important Chinese politicians in the last century: Zhou Enlai.

How to get to Shaoxing

For visiting Shaoxing one day is enough, and a visit to the city is a good option if you live in the area of Shanghai or Hangzhou to escape the chaos of the metropolis and take refuge in a small city without many tourists.

Getting to Shaoxing is very easy, the high speed train station is North Shaoxing Railway Station (绍兴北站), from Shanghai the fast train takes an hour and a half and a ticket costs between 70 and 90 Yuan; from Hangzhou it takes half an hour and costs 15 Yuan. 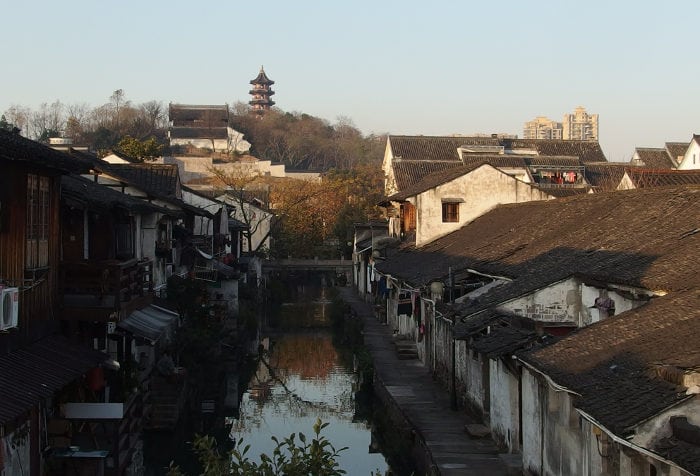 What to see in Shaoxing

Arriving at the north station you’ll find a supermarket in the little square outside the station that also has baggage storage if you need to leave a bag, a little information kiosk where you can ask for a map of the city, and a large bus stop.

The city center is about forty minutes by bus from the station, the B1 and B3 go to the center station.

I recommend that you begin by visiting the tourist sites having to do with Lu Xun, which are easy to reach by bus and near one another.

So as not to be confused, everything dealing with Lu Xun is found near Lu Xun Shong Lu (鲁迅中路), and they are: the writer’s house, garden, school and a museum. All four of these sites are free, but remember to bring your passport with you! In fact, it is by registering at the entrance and showing your passport that you’ll be able to enter for free.

Once done with your visit to the sites of Lu Xun, walk among the canals you’ll find along Lu Xun Zhong Lu to then arrive at one of the city’s main roads: North Jiefang Road (解放北路). Along Jiefang Bei Lu there are other tourist sites, among which is the house where Zhou Enlai was born, near Laodong Road (劳动街); an entrance ticket to the house-museum of Zhou Enlai costs 10 Yuan.

Going as far as Jishan Park (蕺山公园), besides going up the Wenbi Pagoda (文笔塔) from which you can see the whole city, I recommend that you visit the area around the park, which is perhaps the most authentic in Shaoxing, where you can admire the architectural examples of homes of the lower Yang-tze region. 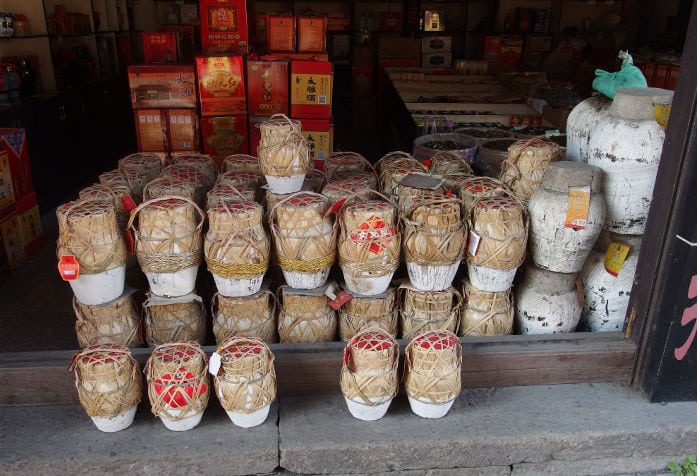 Walking through the city streets you’ll see taverns and little grocery stores that sell bottles and jars of wine of every size, in fact one of the particularities of Shaoxing is the production of Huangjiu (黄酒), literally yellow liquor.

The Chinese lunar calendar divides the year into tweny four periods, and usually during the second half of November falls Lidong (立冬), that is, the beginning of winter. Lidong in Shaoxing coincides with the preparation of its famous liquor; throughout the city you can see the process of working and fermenting of rice, so if you can go during this period I would recommend visiting then.

Even if you can’t get to Shaoxing during Lidong it won’t be hard to come back with a bottle of Huangjiu, the best area to buy it is around Jishan Park, where you’ll find the liquor aged up to fifty years, but anywhere you go in the city you ‘ll see wineries big and small.

The story of Kong Yiji

Kong Yiji was a man of culture who studied the classics and tried to pass the imperial exams, but unfortunately wasn’t able to pass them and had nothing left to do but wander among the taverns of the village of Lu.

The story of Kong Yiji is told in an account of the same name published by Lu Xun in the collection To Arms! (呐喊) from 1922, and the same author said he was inspired by Shaoxing, his birth city, to describe the inns and streets of the village of Lu.

After about a century since publication Kong Yiji can still revive the same atmosphere; losing yourself in its alleyways, canals and taverns of the small but gracious city of Shaoxing.