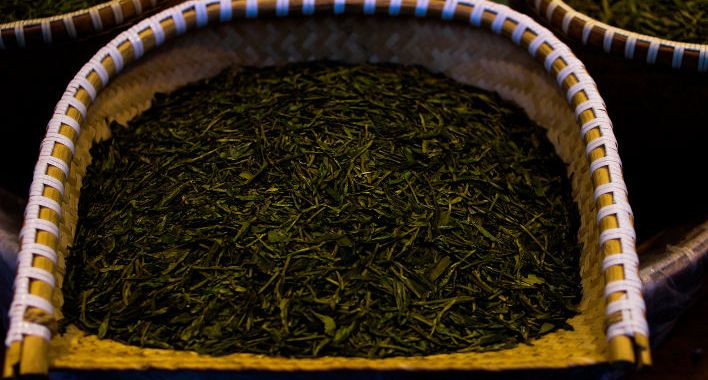 I started to occasionally drink green tea when I moved to China, in 2010, because I wanted to cut out black coffee. I became so addict to it that, before to move to Thailand, I bought 1 Kg of Longjing Chinese green tea.

Now that I’m not in Asia anymore, I buy it online, directly from China.

Also, at the beginning of 2011, I became interested on weight loss because I had gained ten Kg thanks to fatty Chinese food and a bad knee that made me impossible to practice any sports for around six months. I lost the ten Kg in three months, and I think that green tea, which by then I was drinking daily, played an important role.

After years, I still drink green tea daily. Today I’d like to share what I consider the best benefits of green tea and, at the end of this article, how I make sure to drink green tea every day (I’ve got a routine!).

Why is green tea the best kind of tea?

The quality of the tea leaves depends on many factors such as the climate, the degree of pollution, the soils and so on. However, the most important point on determining the tea quality is the process that the leaves undergo.

While black tea is heavily processed and thus loses most of its properties, green tea is the less processed of the eight main classes of Chinese tea. Therefore is also the one that retains most of its health benefits. Click here to read more about the different classes of tea.

The scientific community believes that green tea’s benefits are mainly due to its high percentage of flavonoids, that is antioxidants. It seems that the flavonoids present on green tea are more powerful than vitamins C and E.
Let’s discover the main benefits of green tea!

Green tea will accelerate your metabolism, i.e. will increase the rate at which your body burns fat. Also, if you drink green tea regularly you’ll have to drink a lot of water as well, which has been scientifically proved to help weight loss.

But drinking a lot of water may be boring. Here green tea helps you as it adds a nice flavor to your plain water.

Thanks to its highly antioxidant properties, green tea counteracts the normal process of oxidation in human tissues produced by the free radicals that develop in absence of antioxidants (the same process that causes food to go rotten).

It has been proven that green tea consumption reduces the risk of most common cancers such as breast, lung, colon or bladder cancer. This shouldn’t surprise you at all because cancer is, ultimately, a degeneration of your cells (I know, I’m simplifying it a lot). And, as already pointed out, antioxidants help your cells to “stay young.”

The flavonoids also have the nice properties of killing the bacteria that cause dental plaque, cause tooth decay and bad breath. So stop to eat chewing gums and drink more tea!

The same property helps fighting all bacteria and virus. This means that you’ll have stronger defences and you’ll be more likely to avoid flu and nastier diseases.

It was found that that green tea drinkers have a 40% lower risk of developing type II diabetes. The disease is cause by the continuous insulin spikes on our blood given by the fact that we eat too much sugar and junk food. This unhealthy food raises the level of sugar in the blood and the body reacts by producing insulin to get the sugar level back to a reasonable degree (before we die).

How does green tea enters the equation? It seems that the flavonoids help to regulate the sugar level on the blood, thus reducing the insulin spikes.

The negative effects of green tea

I’ve searched the web for almost an hour but the only side effect of green tea that I was able to find was that it contains caffeine (much less than coffee though).

How I drink green tea to avoid negative effects

I own a thermos and, every morning, I’ll wash it and fill it with a spoon and an an half of green tea. Then I’ll start to pour hot water into the thermos. I’ll typically drink 5-6 thermos per day and, usually, this is all the liquid I drink during the day.

However I’ll not change the tea. This means that, in the morning, I’ll get the caffeine and strong flavor from the “new” green tea, while in the afternoon I’ll be drinking hot water with a very mild flavor of green tea.

I sleep eight hours per night on average and I never suffered from insomnia.

Where to buy Chinese tea online?