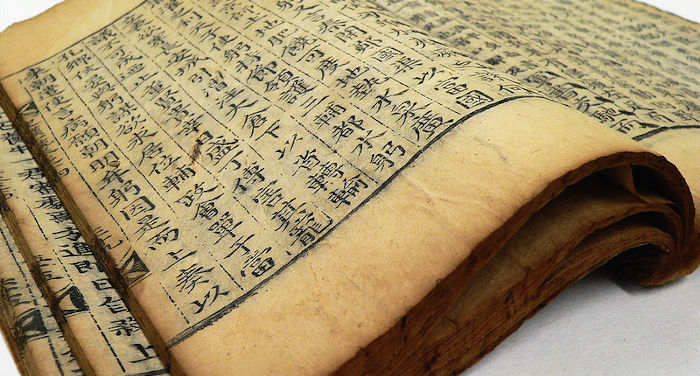 “To mistreat the men and then fear their reaction is the maximum of stupidity.”

“When the men are pushed in a position without exit, they will not escape even in front of death. In this situation nothing is impossible.”

These are some of my favorite quotes from The art of war, the first military treatise of ancient China.

The art of war was composed during the fourth century B.C. by an anonymous disciple of Sun Tzu (Master Sun).

Even if we do not have many information about him, there is an anecdote into the Lionel Giles’ translation of the treatise that I found quite interesting ( you can find it in this edition of the book). 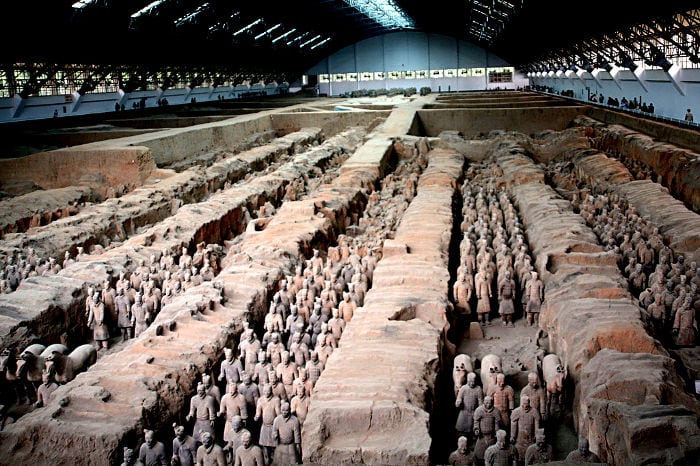 I’ve always loved the anecdote and this is why today I’m going to share a summary of the story with you:

Sun Tzu Wu was a native of the Chi State. His Art of War brought him to the notice of He Lu, King of Wu, which said to him:

“I have read your 13 chapters. May I test your theory of managing soldiers?” Sun Tzu replied:

“May the test be applied to women?”

The answer was again affirmative, so arrangements were made to bring 180 ladies out of the Palace. Sun Tzu divided them into two companies, and placed one of the King’s favorite concubines at the head of each. He then addressed them:

“I presume you know the difference between front and back, right and left?”

Again the girls assented. He set up the halberds and battle-axes in order to begin the drill. Then, to the sound of drums, he gave the order:

“If words of command are not clear, then the general is to blame.”

So he started drilling them again, and this time gave the order:

“Left turn.” The girls once more burst into fits of laughter. And Sun Tzu:

“If words of command are not clear, the general is to blame. But if his orders are clear, and the soldiers nevertheless disobey, then it is the fault of their officers.” 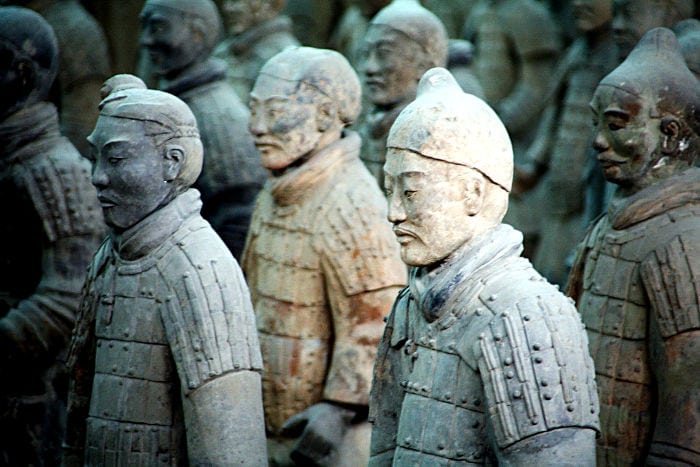 So saying, he ordered to beheaded the two leaders. When the king of Wu saw that his favorite concubines were about to be executed, he sent down the following message:

“We are satisfied as to our general’s ability to handle troops. If We are bereft of these two concubines, our meat and drink will lose their savor. It is our wish that they shall not be beheaded.” Sun Tzu replied:

“Having once received His Majesty’s commission to be the general of his forces, there are certain commands of His Majesty which, acting in that capacity, I am unable to accept.”

Accordingly, he had the two leaders beheaded, and straightway installed the pair next in order as leaders in their place. When this had been done, the drum was sounded for the drill once more.

This time the girls went through all the evolutions, turning to the right or to the left, marching ahead or wheeling back, not venturing to utter a sound. Then Sun Tzu sent a messenger to the King saying:

“Your soldiers, Sire, are now properly drilled and disciplined, and ready for your majesty’s inspection. They can be put to any use that their sovereign may desire; bid them go through fire and water, and they will not disobey.” But the King replied:

“Let our general cease drilling and return to camp. As for us, We have no wish to come down and inspect the troops.” Thereupon Sun Tzu said:

“The King is only fond of words, and cannot translate them into deeds.”

After that, He Lu saw that Sun Tzu knew how to handle an army and appointed him general. He defeated the Chu State, put fear into the States of Chi and Chin, and spread his fame abroad amongst the feudal princes.

The art of war, and in particular the part that emphasizes the concept of winning a battle without fight, found applications in marketing (Sun Tzu Strategies for Winning the Marketing War) management (Sun Tzu: The Art of War for Managers: 50 Strategic Rules), business (Sun Tzu and the Art of Business : Six Strategic Principles for Managers), law, public relationship and sport (Scolari made study the treatise to his players during the successful adventure of Brazil in the Football World Cup of Korea and Japan in 2002)

Click here to order “The Art of War” on Amazon.com