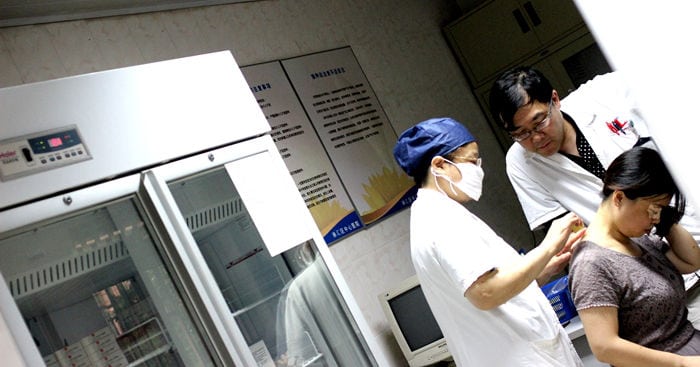 Introducing the creatures that populate my feet

It must be the humidity.

Or maybe the fact that I never bring flip flops with me when I travel. It’s not my fault, my zoom takes all the space available on my bag!

The point is that I got a fungus that is slowly (well, not that slowly) eating my feet. When after two weeks of itch I told it to Feng, she laughs at me:

“Haha come on, it’s summer. Everybody in China has the same problem, stop to complain!”

What a sweet girl I got.

I don’t stop to complain (that wouldn’t be me). However I tell myself that if Chinese people can cope with it, so can I. Thus I convince myself it must be a simple “foot’s athlete” and I forget about it.

But I was wrong, and last Wednesday I wake up at three a.m. with my left foot is on fire.

I switch on the light, look at the plant of my foot and think someone has put out a cigarette on it. Then I remember the fungus.

And last Saturday I finally stop to procrastinate and I go to the hospital.

In China the family physician doesn’t exist. You always have to go to the hospital.

There are two kind of hospitals.

The good ones are located in the downtown, are bloody expensive and you have to wait for hours before having the privilege to see a doctor (to be fair in Italy is the same).

The bad hospitals are expensive as well but at least you don’t have to wait. Nobody wants to go there.

The idea was to reach the downtown and see a real doctor. But it is Saturday, we wake up too late and as partial excuse I tell myself that even the guys that work on the small hospital across the road will know how to deal with a simple fungus.

After all, according to Feng every Chinese has it… 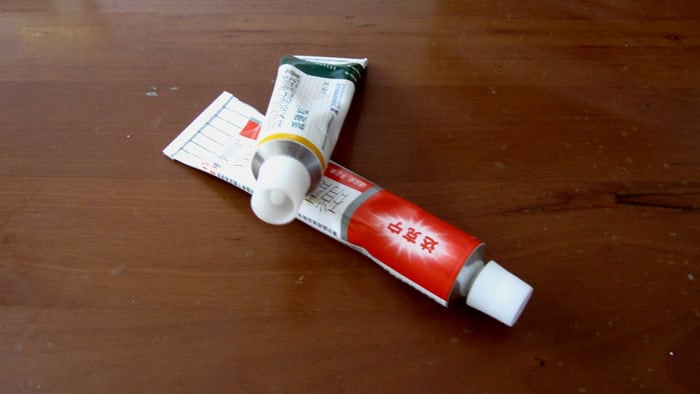 Bargain with the doctor

We climb the stairs till the dermatology where an octogenarian “skin expert” welcomes us with a warm smile.

He may have confused Feng with his granddaughter because cannot refrain to investigate the nature of our relationship.

After asking the details of our private life he finally decides to take a look at my feet.

After an accurate analysis that lasts 5.34 seconds, he concludes that I have a fungus and I need to use two creams and take a footbath for ten days.

“Duo shao qian?” How much is the medicine?, Feng asks.

I’m surprised, in Italy we usually don’t do these questions to the doctor.

“Oh shit,” I think “about fifty euro for a simple fungus?”

I cannot believe this is really happening. Feng is bargain for the medicines! WTF?

Grandpa is very sorry but we have to pay the full price. After he explains us how to prepare the footbath and when to use the creams, we are ready to go.

A nurse will escort us till the pharmacy in the case we are planning to escape without buying the precious medicines. 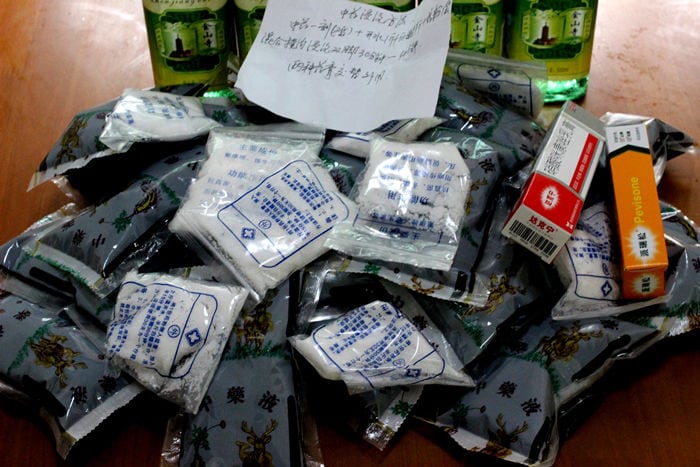 My medicines worth 413 kuai.

“Should we pay a fee to the doctor?” I ask Feng.

“No, he will earn a commission on the medicines we are going to buy.”

I realize that the healthy Chinese system is quite different from the public (broken) one we have back to Europe. Here every hospital is an independent entity with its own drugstore. They usually don’t make you pay for the visit but charge you a lot of money when it’s time to buy the medicines.

The nurse collects my money and comes back with a colorful bag full of small plastic packets that contain a brown liquid, that is my medicine. She also gives us some minuscule packets full of a white powder that I initially suspect to be cocaine (this would justify the price). 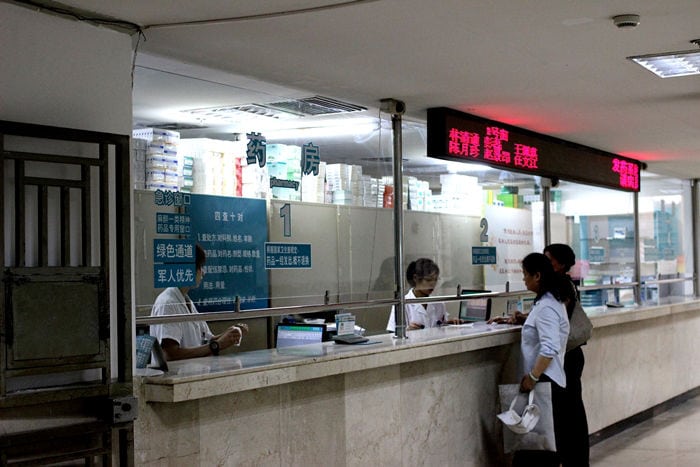 The drugstore at the hospital.

However the powder ends up being a special salt I have to mix with the brown liquid, half liter of hot water and 25 centiliters of vinegar in order to prepare the magic potion in which I will have to dip my feet for half hour per day.

Feng takes one of the small packets full of brown liquid out of the bag and translates for me:

“Don’t worry” explains the nurse “I prepared the medicine by myself and put it on small packets that were initially thought for another medicine. You don’t have to drink it, it’s for your feet.” 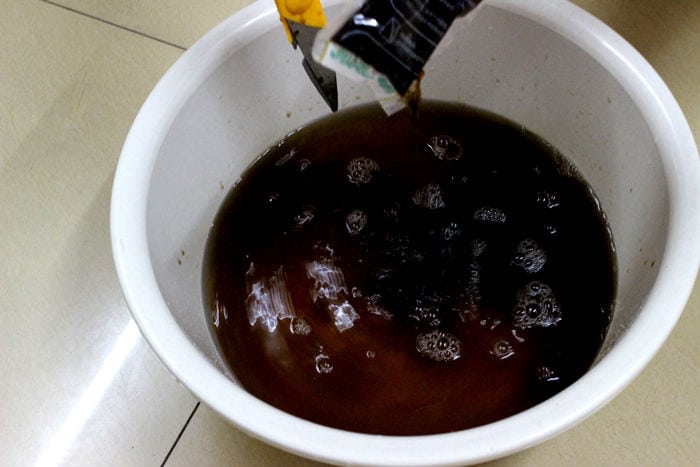 We walk till the small shop near my house and buy five bottles of vinegar for a total of 2,5 liters. The owner cannot resists:

“Why do you need all this vinegar?” she asks.

“We will drink it, we are too poor to buy wine,” I answer with a smile. I’m quite sure she believed me.

We arrive at home and I put all the shit we bought on the table. I’m impressed. I had a fungus another time in the past, but the doctor only gave a cream to me. Amateur.

Now I got two creams, twenty small packets (two per day) full of a suspicious brown liquid, ten even smaller packets full of a white substance and 2.5 liters of vinegar.

I get a basin and I fill it with half liter of hot water, 25 centiliters of vinegar, some white powder and two packets of the mysterious medicine that makes turn the water in blood as Moses’ cane.

The basin releases a disgusting smell but I put my feet into it anyway.

For the first five minutes nothing happens. Then the substance attacks my feet that turn red and start to burn as hell.

I heroically resist thirty minutes and then run to the bathroom where I keep my feet under the cold water for about twenty minutes in an attempt to extinguish the fire.

Then I use one of the two creams the nurse gave to me (I choose randomly because I don’t know the difference between them) and I’m done for today.

After two days of footbath my feet stop to itch so I would say the brown stuff is doing its job.