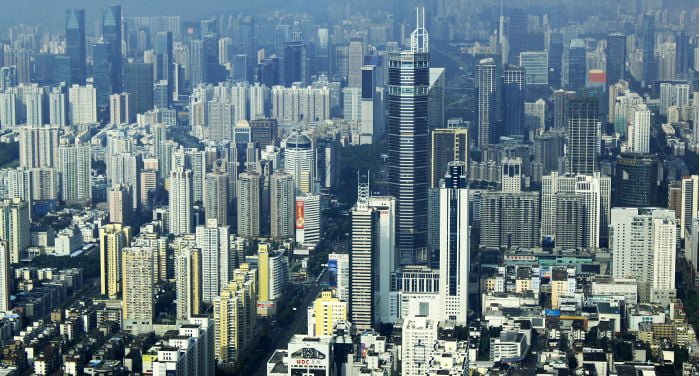 What is a Free Trade Zone?

A Foreign Trade Zone (FTZ) is an area where companies follow regulations that are defined specifically for that area. In FTZs, companies will operate and be treated differently than companies in other areas. Typically, companies will be allowed leeway in customs duties and will be given beneficial arrangements in terms of imports and handling.

The FTZ regulations and purposes in China have evolved under time to reflect the needs and wants of the economy. To understand whether an entry into an FTZ is the right move for your company, it is important to understand what the initial purpose for FTZs was and how that has changed.

In the past, Free Trade Zones were used to encourage international trade in China and to facilitate trade for foreign companies operating in China.

Some examples of how this was achieved include duty-free import and export and the feasibility of warehousing. The first modern zone that operated in this way was opened in Shannon, Ireland, in 1959.

Although the original structure of FTZs continues to be used in China, many more features have also been added to reflect the current economic environment in China.

Free Trade Zones across the world, and specifically in China, have been used to test potential new economic policies before they are implemented on a national level. Since this area is typically small and strictly monitored, it is a great testing ground for policies that would affect taxes and foreign exchange.

The first Free Trade Zone in China was created in Shanghai in September 2013. Along with access to beneficial import and export policies, these few companies also enjoyed a more simplified company application and foreign exchange. Taxes were also levied for certain industries.

Where are the Free Trade Zones in China?

After the creation of the first FTZ in Shanghai in 2013, the Chinese government was quick to create new zones in areas conducive to economic growth. China now boasts 11 Free Trade Zones across the country.

The new trade zones do not necessarily aim to experiment with reforms. Instead, the 3 zones (Fujian, Guangdong, and Tianjin) that were set up following the Shanghai FTZ aimed to provide a space for specific industries and encourage regional trade.

As recently as 2017, the Chinese government created 7 new Free Trade Zones. Since the formation of the 4 original zones, the Chinese government has set its sight on the development of new policies. One of these policies is the “One Belt, One Road” initiative, which aims to strengthen trade between Central Asian and Eurasian countries as well as encourage trade on a new Silk Road.

The new FTZs are generally located along the South of China in positions that are strategic to trade. These new zones are Liaoning, Sichuan, Zhejiang, Henan, Shaanxi, Hubei, and Chongqing. Additional zones are also expected to be created in other locations, including Hainan Island.

As previously mentioned, the changes to the structure of newer FTZs are typically aligned with local priorities. The original idea for FTZs was to break down the barriers to international trade, but that may not be its only purpose in modern day China. Other purposes for FTZs tend to be as a testing ground, a focus on specific industries, or a conduit for trade with neighboring areas.

Since each area has its specific focus, it follows that each area can provide specific advantages to companies thinking of entering these zones. It also follows that the advantages previously found in one zone can change based on changes in priorities.

Although companies may still be interested in the original benefits provided by Free Trade Zones, it is also likely that companies will find additional benefits and advantages by assessing the offerings of each individual FTZ.

Why should foreign companies set up in a FTZ?

Here we’ll list the many benefits found in China’s Free Trade Zones. As previously stated, these benefits can change over time.

The original incentives in Free Trade Zones continue to be a key consideration to many companies. Products can be imported without paying additional taxes, or duty-free, and then stored in local warehouses. Goods that will be distributed domestically outside of the FTZ will continue to enjoy duty-free status as it travels through the distribution chain.

A key benefit found in FTZs is the simplified customs processes. Companies can expect computerized declaration processes as well as faster customs inspections, if needed. This can mean significant savings in time and money.

In contrast with companies operating outside of Free Trade Zones, companies in FTZs can set up Free Trade Accounts. These accounts can accept Renminbi (CNY) as well as foreign currencies and can even convert the balances without restriction. In other areas of the country, the conversion between balances would have to be approved and overseen by SAFE (State Administration of Foreign Exchange). This policy may soon be applied to other areas, however, after being implemented in FTZs.

Possibility of a simplified company set up

Company set-up procedures are constantly being simplified to encourage new companies to enter FTZs. Additionally, the government will often implement policies in FTZs first that they hope to implement across the nation, serving as a controlled experiment for these policies. WFOE registration in FTZs is one such process that has seen significant improvements when compared with areas that are not FTZs. Although the set-up procedure is currently similar across all of China, it is possible to enjoy benefits from any new policies first in Free Trade Zones.

Additionally, a company’s brand image can certainly be influenced by its location in a specific FTZ. Companies that are able to enter a FTZ that is specific to its relevant industry can enjoy concessions as well as reinforcement of their standing in that industry.

For example, a financial WFOE in Shanghai’s Lujiazui would be seen differently than one operating in Chengdu.

Although certain FTZs may offer tax discounts for specific industries, these are rarely long-term and should not be relied heavily on when constructing a company’s long-term plan. Taxation levels are typically similar for companies operating within or outside a Free Trade Zone.

Below is a list of the recent and ongoing tax concessions:

Considerations before setting up a WFOE in a Free Trade Zone

Free Trade Zones can provide many benefits to companies that are planning to set-up in China. It is important for companies to consider the benefits offered by each FTZ and monitor these benefits over time for any possible changes. Companies should plan to continue their research by reaching out to local authorities and getting in touch with a service provider that can be of assistance in any FTZ.

Those that would benefit from simplified import and customs procedures should look into the possibility of registering in a Free Trade Zone. Being located in a FTZ that focuses on one specific industry can also provide advantages over competitors. Companies in logistics and manufacturing, for example, are often attracted to China’s FTZs.

Companies that are mainly looking for lower costs, administrative processes that are streamlined, or tax incentives should proceed with caution. Although it is true that favorable initiatives are often first implemented in FTZs, these can often be expanded to the entire country over time or can be changed. Other considerations that should be taken into account include the cost of operation, suppliers in the area, or proximity to customers.

FDI China is a non-state owned agency based in Shanghai that helps foreign companies enter and establish their presence in the Chinese market. FDI China assists foreign firms from initial stages through Employment Solutions, Representative Office and WFOE registration in China; to more advanced stages with Payroll and Accounting support.

The skyline of Shenzhen by Navjot Singh