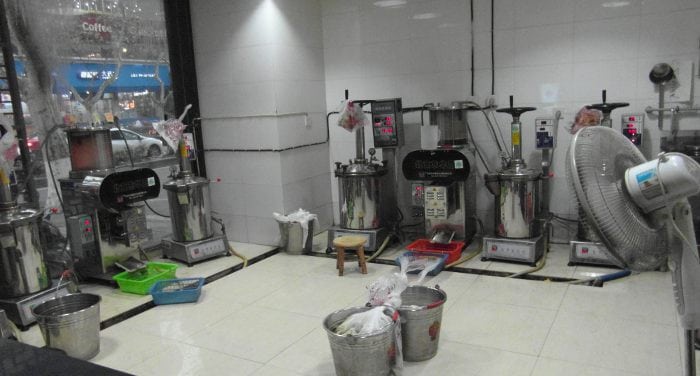 Last year I broke my wrist which, after more than a year, keeps aching. It’s a very annoying pain, sometimes feeble, other times stabbing. So I decided that I must solve this situation. Or at least try to solve it.

I stopped to practice artistic gymnastic but it didn’t help. Conversely, things got worse. Thus I decided to test a different solution.

I’ve exposed the problem to my “hosting mom” (I’m 16 years old and I live with a Chinese family this year) and she suggested me to go for traditional Chinese medicine.

Then I wrote an email to my mom in Italy and, after a quick consultation with my orthopedist, everybody agreed on the following point: there’s no harm in trying.

Hence a Saturday afternoon I went to a clinic in Nanjing downtown and I asked for an acupuncture treatment. 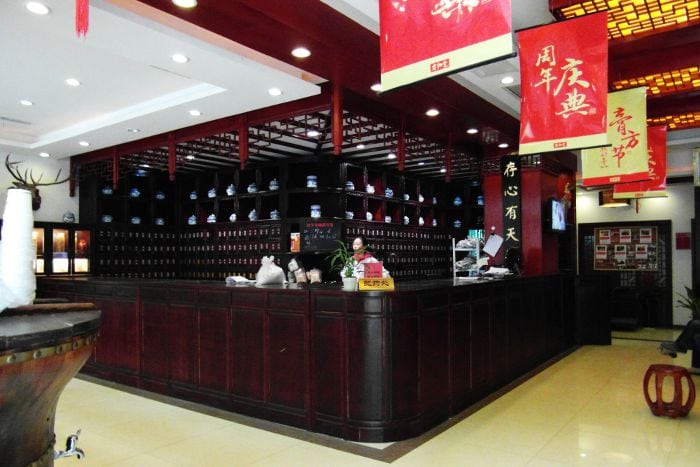 If nothing else, at least I was able to explore a new side of the Middle Kingdom. As soon as you enter the clinic, you are hit by the flavor of healing herbs. In front of the entry there is a huge counter with a group of nurses that get the ingredients and prepare the medications prescribed by the doctors. They carry around their mechanical scales that are necessary to weight all the herbs, roots and powders that come out from the hundreds of drawers behind the counter.

Then, either they put the medicine in a small bag and give it to the customer or bring it to the lab, where the ingredients are mixed and cooked before to become a medicine to hand out to the patient.

I tried to make friend with a technician of the lab. He let me take some photos. But when I asked him what they were really doing he just answer “we prepare the medicines.” I was hoping to get an answer a bit more precise but anyway, maybe I got a poor result because my level of Mandarin isn’t good enough. Not yet! 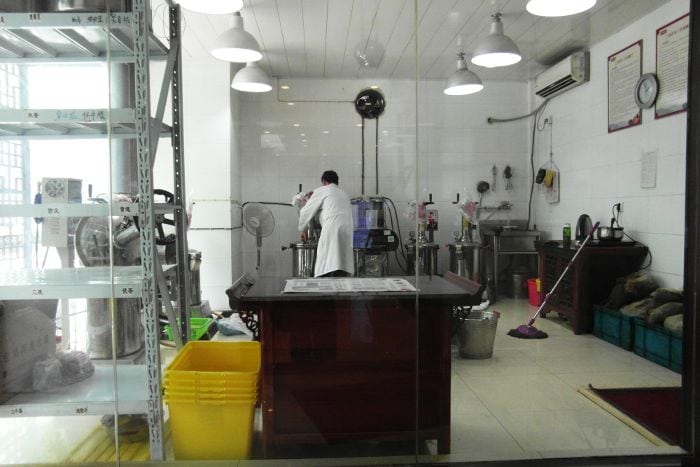 The waiting room is the place that I know better as in the last months it’s here that I spent the majority of my Saturday’s afternoons. I made friend with a lot of people, found a mother willing to pay me in order to teach English to her son, observed a ton of interesting people and listened to many quarrels in Chinese (a wonderful listening exercise, I must say!).

When I was really bored I could still read the newspapers available on the waiting room or exploit the (strangely) fast wi-fi connection.

The first time I was a worried because I didn’t know what to expect and I was fearing that I couldn’t explain myself in Chinese. But when my turn arrived, everything was easy and quite straightforward. 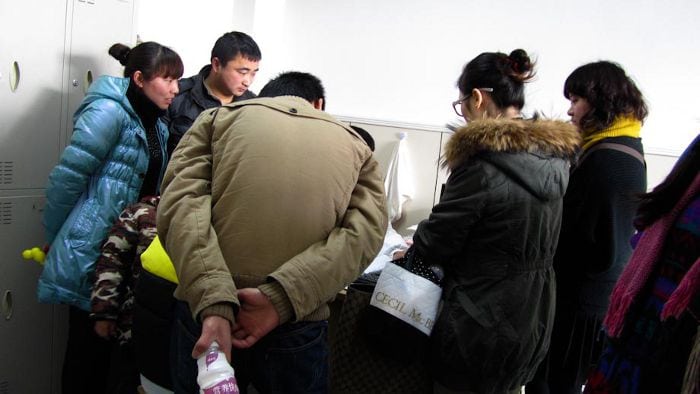 While I was explaining my problem to the doctor, a crowd of people gathered around us to check the x-ray of my wrist on the screen of the computer. Even if I’m not shy, at that moment I felt a bit like I was naked.

The doctor checked my wrist and decided that, even if the bone seemed ok, there must still be an inflammation.

Everybody started to nod, as if they agree with the diagnosis. Then the doctor began to prescribe the therapy. It’s at this point that the mess started. Everybody wanted to express his own opinion: a couple of patients agreed with the doctors while others totally disagreed. This situation led to a long series of discussions.

When I realized that the doctor had stopped to write and was listening to the suggestions of the patients I began to fear that, at the end, my therapy would have been prescribed by an housewife that had nothing better to do than checking the x-ray of my wrist!

Luckily the doctor just smiled and didn’t modify his original therapy. I took the prescription, went to pay (55 RMB per treatment, that is about 9 USD, in the West I would have pay at least ten times this amount of money) and mentally prepared myself to come back the next Saturday. 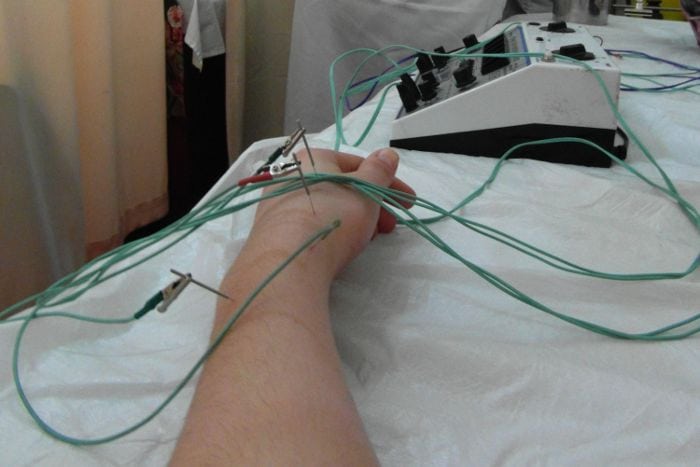 So I started my treatment: acupuncture with electrified needles.

The first time the doctor just inserted a dozen of needles on my wrist and put my hand under an incandescent lamp for about half an hour. But by the second time, after they noticed that there wasn’t any negative reaction to the needles, they connected the electricity. My arm began then to “jump.”

Before this experience I’ve always been sensible to the view of blood and needles. Hence I thought that I couldn’t stand this treatment. However the pain was stronger than the other feelings so I did it anyway.

Every time I finish the treatment my wrist doesn’t ache at all. However, after about 24 hours, the pain comes back as strong as before. I guess it’s also my fault because I don’t follow the therapy with regularity. And all the experts claim that being regular is the only way to succeed with acupuncture.

Have you ever tried the traditional Chinese medicine? Tell us your experience on the comments below : )

Marta, or Lingwei, is a student that decided to take a break from her Italian life to live with a Chinese family in Nanjing and try to understand what the word "China" means.