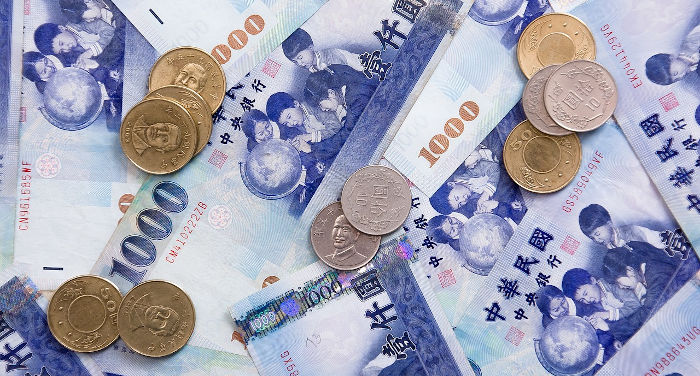 Cost of Living in Taiwan – Index

In this article, you will get a better understanding of the living costs in Taiwan.

First, I will share a general reflection about the cost of living. Here, we review the costs for rent, utilities, food, transportation, and more. This is important to understand how much you need to pay on a monthly basis.

Truth be told, you don’t want to end up accepting a contract where you can’t afford living a decent life.

At the end of the article, I will answer the fateful question “Is it expensive to live in Taiwan?”. Here, we compare the cost of living in Taipei with different cities around the world, including San Diego, Tokyo, Madrid, and more.

Despite being a small island, costs can differ widely in Taiwan and depending on if you live in Taipei compared to Kaohsiung, for example. In smaller cities, prices are significantly cheaper than the capital.

Of course, your living expenses will be determined based on your lifestyle and how much you indulge in local festivities. Alcohol is expensive in clubs, for example, and can set you back as much as USD 15.

If you like to party, buy imported products, and don’t like sharing an apartment, you will spend significantly more than people who do the opposite. Taiwan, especially Taipei, is infamous for having some of the most expensive real estate markets in the world.

Rents, on the other hand, aren’t that expensive, a reason why Taipei has comparably low rental yields. According to Numbeo, the rent for a one-bedroom apartment in the city center of Taipei is NTD 16,081, equal to around USD 530. Not that bad right?

At least not to the Tier 1 cities in mainland China. In Shanghai, you need to pay as much as CNY 7,454 (USD 1,065!) for a one-bedroom apartment in the city center. That’s almost twice as much.

Something you should bear in mind is that Taiwan has a limited land area and imports a lot of food from overseas. So the costs for groceries is rather high. 1 liter of milk costs almost USD 3 on average. That’s three times as much what it costs in many Western countries.

You will also need a mobile phone while staying in Taiwan. Looking at Taiwan mobile. The rates are currently as follows:

Thus, the rates are rather high, at least compared to many Western countries.

You’ll find plenty of street food in Taiwan and where prices aren’t too high. You can easily get a big fresh bowls of noodles for as little as USD 3. That said, meals cost NTD 120 (around USD 4) on average in regular restaurants, while prices go up to around NTD 400 (USD 13) for mid-range restaurants (3-course meal).

Taiwan also has some of the most efficient subway systems in the world. Getting around by subway and public transportation is cheap, a one-way ticket with the subway costs NTD 20 (USD 0.7). Taxis are way cheaper than the west and the base fare is NTD 70 (USD 2.3).

Having said that, I recommend you to use public transportation as much as you can. This will save you costs and often time.

To sum up, you should be prepared to set aside the following amount for your monthly expenses:

Keep in mind that the expenses will be significantly lower if you share an apartment, as you share the rent and utility costs. You would in that case pay around USD 810. This is the baseline.

On top of that, you’ll most likely need to add money for traveling, insurance, alcohol, clothes, flights, gym, and more.

A great benefit of living in Taiwan is that taxes are fairly low, at the same time as it’s healthcare system is superior. Persons who stay in Taiwan for more than four months have to contribute to its National Health Insurance scheme, which makes health care highly affordable.

Is it expensive to live in Taiwan?

According to Expatistan.com, the cost of living in Taipei is 31% lower than Tokyo, 63% more expensive than Bangkok, about the same costs as in Madrid, and 25% cheaper than San Diego (California). Surprisingly, it’s 39% cheaper than Hong Kong, which is kind of crazy.

However, we also need to bear in mind that the salaries are higher in some of these places, such as Tokyo. Therefore, we cannot only compared the prices and living costs. If you earn multiple times more in a place like New York, you will have a higher quality of life, even if the living costs are higher.

The reasoning also works the other way around: you shouldn’t decide moving to Hanoi, Vietnam, just because it’s cheaper, if your salary is just a fraction compared to New York, for example.

How high are the salaries in Taiwan?

Salaries are comparably low in Taiwan, a reason why we’ve seen protests there over the years. In 2019, the average monthly wage reached NTD 49,989 (USD 1,655), which isn’t much for a developed society.

Rents are also high. If you want to rent a 3-bedroom apartment outside of the city center, you have to pay NTD 24,166 (USD 800) per month on average, which is almost 50% of the average gross monthly salary.

Adding the costs for groceries, car, fuel, education, clothes, trips, and more, you understand that this isn’t reasonable. You might ask why one shouldn’t buy an apartment instead of renting, but it’s not an option for many as Taiwan has some of the highest real estate prices.

Since 2005, residential real estate prices have increased by more than 100% in Taipei. Apartments of 100 square meters cost USD 620,000 on average, which speaks for itself.