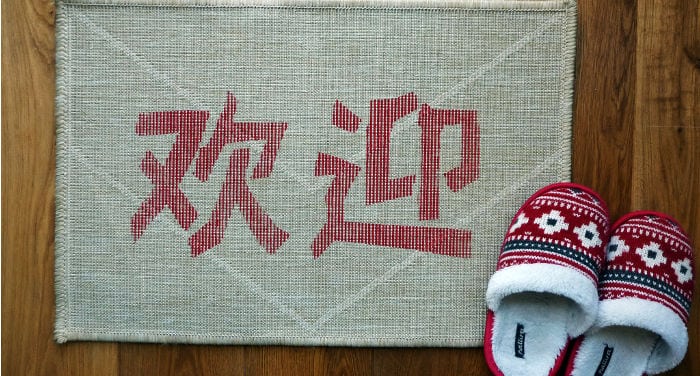 With this article I want to give you an extremely succinct idea of the general characteristics of Chinese lnaguage and grammar. The objective is to provide you with a starting point for studying this wonderful language. Enjoy the read!

Chinese is the most widely spoken language in the world thanks to the extremely high number of native speakers. But which Chinese is spoken in the world?

In China, when it comes to the spoken language, there are tons of dialects that are almost languages in and of themselves. Since there’s a large gap between dialects, it was thought to unite the spoken language, coining what came to be known as 普通话 (Pǔtōnghuà), or the “common language” (known to the non-specialist general public as “Mandarin Chinese”).

This is an extremely brief overview. Just know that the “official” Chinese language is this so-called putonghua, which is the language that is spoken and taught to all Chinese and those who want to learn Chinese.

Putonghua is the language spoken on television on official programs and is the language in which the HSK exams are taken which which are administered by the Confucius Institute.

Chinese belongs to the Sino-Tibetan group of languages, whose main characteristic is being a language without noun or verb inflections, as well as being monosyllabic.

Chinese has an extremely simple structure. Each word is expressed by one syllable that knows no declension or conjugations; there are no articles and it isn’t necessary to indicate masculine or feminine gender or plurals. The words, in Chinese are therefore constant: there are no inflections.

There are notions as to gender, tense, the way and person, but these aren’t necessarily marked by an indicator. A word can be used as singular or plural, feminine or masculine, present or future.

For example, the character 书 (shū), can be translated both as “book” and “books”, depending on the context. Chinese is, also, devoid of articles. The only thing that is explicitly indicated is the aspect of the verb, that is the phase of completion of the action reported in the moment being considered. For this reason, there are a few particles called aspectuals, used to denote the characteristic of the action.

Elementary Chinese grammar can be summed up in just a few rules: the subject precedes the verb, which is usually followed by the complement; time and location expressions generally precede the verb the adjective, which functions as an attribute, precedes the noun; with a verbal function (“to be interesting”) follows the verb.

Chinese is of the “SVO” type, subject – verb – object, as with the majority of Western languages. Here’s an example:

If there’s a tome and place indicated, the simple phrase will acquire this structure: STPVO, or subject – time – place – verb – object.

In Chinese, each syllable expressed by a Chinese character (such as those listed above) indicates an idea, a visibly clear concept, done to be more intuitive when translated into other languages. Any translation from Chinese into another language is inevitably a limitation of the original, an excessive clarification of what is indicated or mentioned in the original phrase.

The position of the phrase is determined for a more exact understanding of the phrase, while the context, as seen with 我的马 (wǒ de mǎ), is perhaps the strongest point.

Here are the personal pronouns in Chinese:

To distinguish the pronouns we don’t have much trouble with the written language, while with the spoken language the only alternative is to rely on the context.

We’ve seen the personal pronouns in the singular form, for plural pronouns just simply add a suffix, the character 们 (men), which we can call “the generic indicator of plurality”.

Note that the pronoun 您 (nín) “She” is almost never followed by the generic indicator of plurality 们. When there’s more than one person to refer to with respect, they are called with honorific titles such as “sir” or “esteemed”. This character is very interesting: if you note, it is made up of “you” and under the character “heart” 心 (xin). I’ll leave the interpretation of this character to you!

The generic indicator of plurality 们 can be used with several nouns – person, for the most part – to strongly emphasize the plurality. For example, 人 (rén) person, by adding the suffix 们, becomes 人们 (rénmen) people. Remember that 们 is a suffix, and as such, is inserted immediately after what it is referring to.

You can’t insert indicators of quantity before a noun to which a suffix of generic plurality 们 has been added. The phrase 那几位朋友们 (nà jǐ wèi péngyou men) “Those few friends” is wrong; the correct phrase would be 那几位朋友, because 那几位 is a specifier of quantity (“those few”) that doesn’t work if the noun that follows has a suffix of plurality 们.