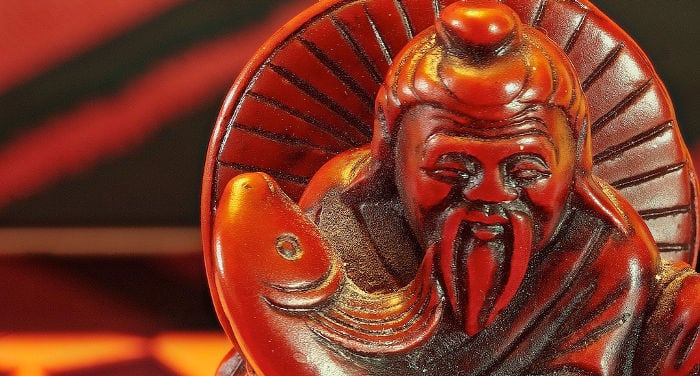 What is the Confucius Institute?

The original Chinese name for this institute is Kongzi Xueyuan, 孔子学院. The Confucius Institute is an entity that concerns itself primarily with the dissemination and promotion of the Chinese language and culture in the world through Chinese language courses, through calligraphy, through taiqi, through martial arts, as well as supplying very advantageous scholarships.

These scholarships allow high school level Chinese language students, college level Chinese students, self-taught Chinese language students and Chinese language teachers and researchers to go to China for a specific period of time and have the chance to choose from more than thirty different destinations from the most well-known and “obvious”, like Beijing and Shanghai, to Harbin, Chengdu, Chongqing, Dalian, and Qingdao, which are less known to the general public. There aren’t yet any scholarships from the Confucius Institute that go to Taiwan and Hong Kong.

More than 400 years ago, Italian missionaries translated into Latin the so-called Lunyu (论语 , Dialogs or Annals) of Confucius, and in doing so brought the doctrines of Confucius to Europe for the first time. Today, the Confucius Institute has spread to all five continents, trying to fulfill what Confucius said, that “in the four oceans, all men are brothers” (si hai zhi nei jie xiongdi, 四海之内皆兄弟).

Moreover, thanks to this cultural institute, we’ve been able to come into contact with China and the Chinese: Confucius himself said men associate by means of culture (junzi yi wen hui you, 君子以文会友).

The Confucius Institute is a non-profit organization that mainly seeks to provide unified worldwide standards for the study of Chinese language and culture, as well as furnishing appropriate study material. The choice of the name “Confucius” as the main label of the study of Chinese is indicative of a large restoration of traditional Chinese culture.

In 1987, the Chinese government instituted the Guojia duiwai Hanyu jiaoxue lingdao xiaozu (国家对外汉语教学领导小组, National Group Leader in the teaching of Chinese abroad), abbreviated later in Hanban 汉办, which directs the Confucius Institute worldwide, looking to reduce the cultural distances between China and the nations of the world and create harmony, calling back another Confucian concept, he wei gui (和为贵, Harmony is the first thing).

The Chinese leaders firmly believe in this project, in fact, they have taken part in almost every official ceremony of the Confucius Institute. Their principal objective is to make it so that when China is mentioned in the world, you don’t think about machines or clothes, shoes, or counterfeit products, but rather its thousands of years old culture.

They’re given great liberty when it comes to talent, in fact you can sing songs, dance, perform strictly Chinese martial arts, Chinese tongue-twisters, and so on. The finals for Chinese Bridge, held in Beijing, are also a television show enjoyed by millions and millions of Chinese. The winners of Chinese Bridge, even on a national level, win marvelous prizes that include a scholarship in China.

Speaking of scholarships for China, the Hanban, through the Confucius Institute, bestows different types of scholarships whose general notice can be checked on this site.

The types of scholarships obviously require different things. We’ll try to sum them up here:

Financial contribution from Hanban with complete coverage for lodging and the price of the course. Minimum requirements: having completed a HSK exam and not have previously studied in China (that last requirement is decided by the individual Confucius Institutes).

A half year in China completely covered by Hanban. Minimum requirements: having reached the HSK at level 3 or greater and the HSKK of any level.

Completely covered for a year. Minimum requirements: having reached HSK level 4 and the HSKK intermediate level.

A few partner universities with the Confucius Institute also make Masters available in conjunction with universities in China mainly centered on production, to put it briefly, two degrees for the price of one. Quite appealing!

But what are these HSK and HSKK exams?

The Confucius Institute organizes Chinese language exams recognized throughout the world. There are 4 types of exams, but we’ll look at those that are most useful for applying for a scholarship, the HSK and HSKK.

HSK is an acronym for Hanyu Shuiping Kaoshi (汉语水平考试, Chinese language level exam). The HSK is subdivided into 6 levels. To pass this exam, the Chinese language student must have a strong knowledge of Chinese grammar but above all, Chinese characters. In fact each level requires the knowledge of a certain number of words:

The HSK exam consists of various tests that require just the spoken and written language.

The HSKK, which stands for Hanyu Shuiping Kouyu Kaoshi (汉语水平口语考试, Spoken Chinese language level exam), is an exam that mostly tests the ability to read out loud and speak the Chinese language.

The HSK and HSKK are the minimum requirements to be able to apply for a scholarship in China. The exams are open to all, just go on the site
www.chinesetest.cn (or directly on the site of the closest Confucius Institute), enroll in the exam with the Confucius Institute you prefer and show up on the day of the test with the document and admission ticket you can print on the chinesetest site. The price for these exams is really negligible if you think about all the benefits these exams give you. In US the prices are:

To conclude, the other two exams arranged by the Confucius Institute are the BCT (Business Chinese Test) and YCT (Youth Chinese Test). The BCT is divided into two levels (plus one for the oral part) which tests the capacity of doing business in the Chinese language; the YCT is the exam for children and kids up to about 14/15 years divided into 3 levels.

Confucious with Fish by Glen Bledsoe