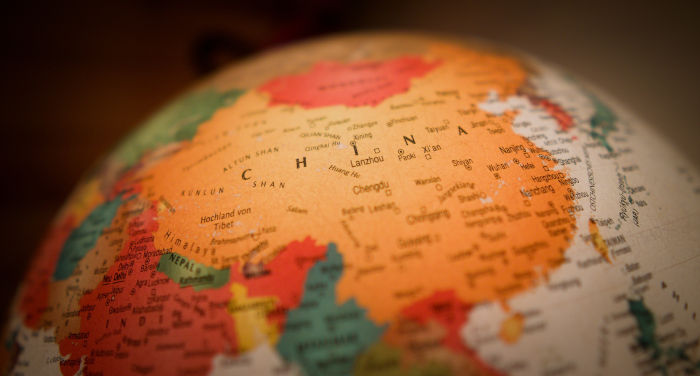 China is a big place. Everyone knows this – you just need to look at it on a map. There’s a huge wealth of different climates, cuisines, and age-old customs across this one land, just waiting to be discovered. But if your main reason for travelling to China is to immerse yourself in the Chinese language, where should you go?

In this article, I will discuss factors that Chinese language students should consider when choosing their study location.

Firstly, the city that’s right for you will depend on your own personal lifestyle preferences. If you’re happy living in your new home, you’re much more likely to have the self-discipline to study the language, and the motivation to get out and about to practice what you’ve learned with the locals.

So let’s start with climate. If you can’t stand the cold, then you’d do well to avoid the northern provinces, where temperatures can remain below 0 degrees Celsius throughout most of the winter. This includes the capital city of Beijing, where one of the locals’ favorite activities is ice-skating on the lakes during wintertime.

For those who still crave the hustle and bustle of a big, international city, but prefer warmer climes, Shanghai would be a much better choice. In Shanghai the season changes are not as extreme – summers are likewise hot, but winters are much milder than in Beijing.

If you’re dreaming of revising Chinese grammar whilst sunbathing on a beach though, don’t be fooled by Shanghai’s literal meaning “On the (上) sea (海)”. Whilst it may be close to the coast, Shanghai does not have any beach resorts – for this, you’ll need to go much further south to Hainan.

Another important consideration is how much you’re willing or able to spend on your day-to-day costs. A period of study in China can cost you a lot less than a similar amount of time studying would cost in Europe or the USA.

However, how much it’ll cost depends a lot on where you live and what lifestyle choices you make. For those who want the option of home comforts alongside their China experience – such as cocktail bars or import supermarkets – then the obvious choice is Shanghai.

As a city formerly built around foreign concessions, it is very easy to continue to lead a ‘Western’ lifestyle here, whilst still experiencing the idiosyncrasies of Shanghainese cultural scene. But the luxury of having the best of both worlds comes at a price. Whilst public transport, grocery staples and eating in small local restaurants are considerably cheaper than most Western capitals, rental costs are the highest in Mainland China, and imported goods and services come at a premium.

Watch out for the dialects

One aspect that many newbies to China do not consider is the fact that since China is so vast, there are myriad local dialects and accents across the country. Nowadays the standardized Mandarin or “Putonghua” dialect that you learn in the textbooks is the official language of education, politics, and media across the country.

However, if your plan is to improve your Chinese by interacting with the locals, you’ll have to remember that “Putonghua” is not the lingua franca on the streets of most cities in China. In fact, in Western and Southern areas of China, the local dialects belong to an entirely different dialect group to Putonghua, mutually unintelligible with speakers of dialects from the Mandarin dialect group.

The good news is that most educated young people across the country are fluent in Mandarin, having been taught in Mandarin throughout their school lives, and so in the big Tier 1 cities, there are plenty of opportunities to find Mandarin-speaking friends.

Talking about friends, the big Tier 1 cities I have mentioned so far (Beijing and Shanghai) have one major drawback. They are international cities on the global stage – which means a huge ex-pat community of foreigners from every corner of the globe, and a service industry that caters to non-Chinese speakers in popular ex-pat and tourist areas.

It is quite possible to travel around or even live in these cities without ever having to speak any Mandarin at all beyond “这个” (which means “this”) and “多少钱?” (which means “How much it cost?”

Students of Chinese who want to enjoy the benefits of living in these cities need to be self-disciplined enough to resist the temptation to live in an “ex-pat bubble” – spending every weekend with a circle of English-speaking expats at the local Irish pub, for example.

It may be a more daunting prospect, but locating yourself in a smaller, provincial city means you’re likely to experience much more genuine language immersion from day one. For one thing, once you get off the beaten tourist track in China you become more of a novelty as a foreigner.

The locals’ curiosity about you and your home country will be the spark for many a conversation as you go out and about. And unlike Beijing or Shanghai, you won’t be able to resort to English at any point, whether that be at a local bar or at the train station. You’ll be completely immersed, and forced to progress quickly.

But in more rural areas it also becomes much more important where you are geographically within China. Living in a small town in Guangdong Province will mean you will hear the local variant of the Yue dialect spoken around you, rather than anything resembling your textbook Mandarin.

A better choice would be Hebei Province, which surrounds the capital of Beijing. The local dialects of northern Hebei province are very similar to Standard Mandarin – in fact, it is said that Standard Mandarin was based on the dialect spoken by some schoolboys from the city of Chengde, due to the area’s history as a summer playground for Beijing’s aristocrats.

But let’s see the pros and cons of each choice:

Here the pros and cons of choosing Shanghai:

Here the pros and cons of choosing Beijing:

Provincial City (in this case, Chengde)

Here the pros and cons of choosing Chengde:

Andreas Laimböck is the Director of LTL Mandarin School and has lived in Beijing since 2001 when he first went there to study Chinese. Andreas is an HSK examiner, cultural and language immersion enthusiast and splits his time between the three LTL schools in Shanghai, Beijing, and Chengde.

Bethan Williams is from the UK and holds a degree in Modern and Medieval Languages from Cambridge University. She is a student advisor at LTL Mandarin School Beijing and a language learning enthusiast.