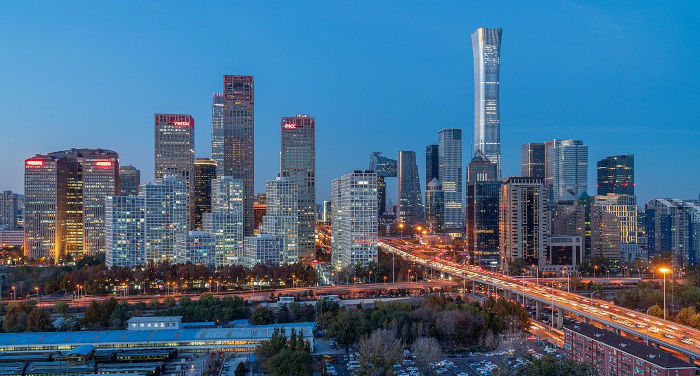 If you are planning to study Mandarin Chinese in China, you probably thought about coming to Beijing. The goal of this article is to help you to understand whether Beijing is the right destination for you or not. You’ll find out:

If you’re interested in a more general overview, you can read Studying Chinese in China: What’s the best choice for you?

Click here to get up to 5 free quotations to study Chinese in Beijing!

The pros of studying Mandarin Chinese in Beijing

The cons of studying Mandarin Chinese in Beijing

That’s Mandarin, founded in 2005, is one of the oldest Chinese language and technology schools in China. The school now has campuses in Beijing, Shanghai, and Shenzhen. With a unique approach to language learning and in-house teaching methodologies, the school aims to be not only the most experienced, but also one of the best Mandarin schools in China.

They focus on providing the smoothest service and the best teaching experience to all students; no matter whether they are studying Chinese online with their innovative online language learning system, or at one of their Chinese language schools in China.

Hutong School is a Chinese language school that was founded in 2005 by a group of foreign China enthusiasts. Today the school has branches in Beijing, Shanghai, Hangzhou and Chengdu and a further 7 worldwide. Through offering a wide range of programs and a unique in-house teaching methodology, Hutong School aims to help students of all ages improve their Mandarin skills and understanding of China. Courses can be customized to suit individual needs and include Intensive Chinese, HSK Preparation, Business Chinese, Youth Summer Camps, and Internships.

Universities for studying Chinese in Beijing

Beijing Language and Culture University (BLCU) is a multidisciplinary university that focuses on language studies. Its main purpose is to teach Chinese language and culture to foreigners. For this reason, BLCU is the most popular University for studying Chinese in Beijing. BLCU likes to define itself as the “Little United Nations,” as it attracts students from all over the world.

Given its privileged location in the Wudaokou area (one of the most active areas in Beijing, especially when it comes down to cultural events and night life), you should consider BLCU if you’re thinking about attending a university.

With its tiny campus located in the heart of the student district of Haidian, Beijing Foreign Studies University (Beiwai) is considered the most prestigious university to study foreign languages in China. Beiwai also has a Mandarin language department whose goal is to train Chinese students who are going to teach Mandarin all over the world. Even though it isn’t as popular as BLCU, Beiwai also attracts a large number of foreign students whose goal is to master the Chinese language.

Besides its high quality of teaching (I studied there for six months), in my opinion, the strongest point in this university’s favor is its students. Beiwai is the perfect place to meet Chinese people with a strong background in Chinese language teaching who, at the same time, are interested in your language and culture, whatever it is. The reason behind this interest is that many of Beiwai’s Chinese students study both Mandarin (in order to teach it) and other two foreign languages.

Peking University (Beida) is considered one of the two best universities in China, and is definitely the best university for social science programs. Its beautiful campus, which is located near Wudaokou, is the home of some of the brightest Chinese students, who come to study from all over the country.

Although Beida isn’t particularly known for its Chinese language courses, it’s one of the most prestigious Universities in China and features joint study programs with several universities around the world (especially American universities), including Chinese learning programs. Given its reputation, you should at least consider this option.

Tsinghua University, which is located close to Beida, is especially strong in science programs and competes with Beida for the title of the “best Chinese university.” Historically, Tsinghua has been the university where the state recruits the most brilliant Chinese students for their Masters and Ph.D programs. Furthermore, it attracts enormous investments from the Chinese government, private Chinese companies and foreign partners and is probably the place where most of the future leaders of China are studying (both the current Chinese president, Xi Jingping, and the former president, Hu Jintao, hold engineering degrees from Tsinghua University).

Tsinghua brings together many foreign masters students, especially in technology and hard science-related majors. Even though the courses are in English, the university has established high-quality Chinese language courses for exchange students. You should consider this option!

The Beijing Film Academy, which is also located in Haidian just like all the previous mentioned universities, is rather unknown among the expat community. However, I decided to include it in the list because it offers something quite unique, in particular, courses for intermediate and advanced foreign students that make use of Chinese movies as their main teaching material.

Even though the course is still in its experimental stage, in my opinion, it represents an interesting alternative to studying Chinese language and culture, as it offers a way to learn everyday spoken Mandarin instead of the literary language that you may find in a textbook written twenty years ago.

If you find this interesting, you can also read our interview with Luna, who studied at Beiwai and now teaches Chinese at the Beijing Film Academy.

Get a free quote to study Chinese in Beijing

Do you want to study Mandarin in Beijing? Request a free quotation using the form below.

We will send your request to up to five reputable schools that offer courses in Beijing.