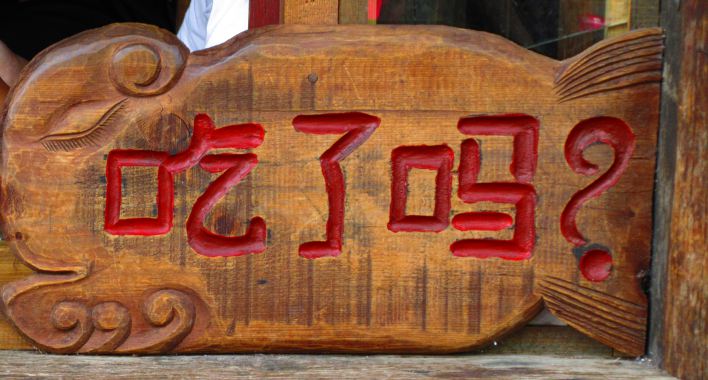 Update: We’re republishing an updated version of this article, which was originally published in 2012.

This article introduces my plan to learn Chinese fast, where “fast” doesn’t mean that I hope to learn how to speak Mandarin within two months. Conversely, I intend to optimizing my time and efforts to learn Chinese by only studying an hour per day.

My goal is to be able to read Chinese newspapers, understand a talk show and have a “normal speed” conversation with any Chinese person. I want to achieve this purpose within one year.

Chinese is the sixth language that I’m learning so this plan is based on my past experience.

Also, I’m a big fan of SRS (spaced repetition software). If you are just starting to study Mandarin or you never heard the word “SRS” before, you should definitely keep reading!

My plan to learn Chinese

I’m a lazy pig. However, when I pay for a gym I can easily motivate myself to train three times per week. So I thought that I could use the same strategy and I bought a Chinese course.

This is also what Napoleon Hill suggests in his book “Think and Grow Rich“, which is probably the best book that I ever read on goal achievement.

The idea is that we will only pursue our goals if we have invested some resources on them (time, money, face and so on). For the same reason, I also decided to make a public commitment and monthly update my progress on this website.

I’ll watch at least two hours of Chinese television per week, hopefully, a good movie. I’ll upload the lessons of my language course and some Chinese music – so far I only got a couple of albums by the Fenghuang Chuanqi – on my iPod.

I will speak with local people in Chinese even when they try to switch to English (my Chinese is bad and people often get bored). This doesn’t include working time, as I have to speak English at work.

If “sugar” then “sweet.” If “fire” then “smoke.” Our brain recalls information by generating connections. This is a well-known concept among the people that study memory.

This means that when we try to memorize Chinese characters one by one, we are slowing down our learning process. We can learn much faster by studying short sentences that provide a specific context for the characters.

I’m not saying anything new. I found this concept over and over again and this is the way kids learn a language. Also, Chinese characters change their meaning according to the context.

As an example, take the characters 小 (which means “small”) and 心 (which means “heart”). If you put them together you obtain the Chinese word 小心, which means “be careful.”

This is not an exception. It’s just how Mandarin works: changing the order of the addends you’ll get a different result.

By now it should be obvious to anyone that studying the Chinese characters one by one isn’t so effective. However, there are still a lot of people that choose to do so (I’ve been there too).

Memorize the most common 3,000 Chinese characters

I’ll use a free software called Anki to learn and revise Chinese characters through flashcards with a clever scheduling called SRS.

In order to exploit the “context” rule, I downloaded a deck of flashcards called Mastering Chinese Characters, which is composed of 14,000 sentences.

Smart.fm, the company that released it (you can download it for free once you installed Anki), claims that the deck contains the 98% of characters used in newspapers.

This deck mostly contains sentences so I can learn these 3,000 characters in the right context.

This should allow me to learn the WORDS used in the newspapers. Again, a Chinese word is often composed of two or three characters.

UPDATE 30/11/2015: The decks I was using aren’t available on Anki anymore; however there are plenty of decks to choose from on the Anki Database.

Anki’s screenshot: you can see how the flashcard for a question (on the left) and an answer (on the right) appears.

In order to achieve any long term objective, we need to set measurable short term goals. My weekly measurable goal will be to learn fifty new flashcards per day, to complete a lesson of my Chinese course and watch a Chinese movie in Chinese.

Also, I’ll try to talk in Chinese as often as I can. I may modify my goals if, after a while, I find them too easy or too difficult.

How can I learn Chinese fast?
The best way to learn Chinese fast is to attend a course where you start and learn the basics from a Chinese teacher. They can provide you with a curriculum that helps you to learn the most important grammar rules and words in a chronological order.

Besides, they will help you to pronounce words and tones correctly, which is crucial to be understood. When you have learned the basics, you should start speaking with Chinese people earliest possible and further develop your language skills by expanding your vocabulary.

Is there an app that can read Chinese?
Yes, there’s a handful of applications that can instantly read and translate Chinese by using your smartphone camera and a scan-function. One example is Waygo, which can help you do this for Chinese, Japanese, and Korean.

Another example is Pleco, one of the most popular dictionaries and tools in the market. The same as it goes with Waygo, you simply hover your phone over the text using your smartphone camera and the application pick up every word.

How fast can you learn Mandarin?
It depends. Generally speaking, you should spend at least 3 – 6 months to be able to have basic conversations with Chinese people. If you want to become fluent and perhaps look for employment where Chinese language skills are mandatory, be prepared to spend at least 2-3 years learning the language.
What is the best program to learn Mandarin?
There are plenty of applications available, as shown above. Thus, it’s up to one’s personal preferences and taste to decide which application is the best. Many claim that Anki, Pleco, and Skritter are the best programs to learn Chinese. You should try the applications available to see which one suits you the best.
How can I learn Chinese free?
Learning Chinese for free is easy and you don’t necessarily need to attend classes, even if that will result in more work on your side. First of all, you can learn the basics by buying books and watching videos on YouTube, for example.

As mentioned, there are also many useful applications available. A great way of improving your speaking and listening skills is to visit local language meetings. Here, you can become friends with Chinese who are often more than willing to help you speaking Chinese on a weekly basis.

Can you become fluent with Duolingo?
Not really. Duolingo can help you learn the basics, but you will need more resources than that to become fluent.
Is Hello Chinese free?
Yes, Hello Chinese is freemium and a great application if you want to get access to free resources and materials. It also comes with a paid version where you get access to more teaching materials. The premium plan costs USD 6.99 per month, USD 12.99 for 3-months, or USD 39.99 per year.
Click here to discover what Chinese courses
that we recommend at the moment!