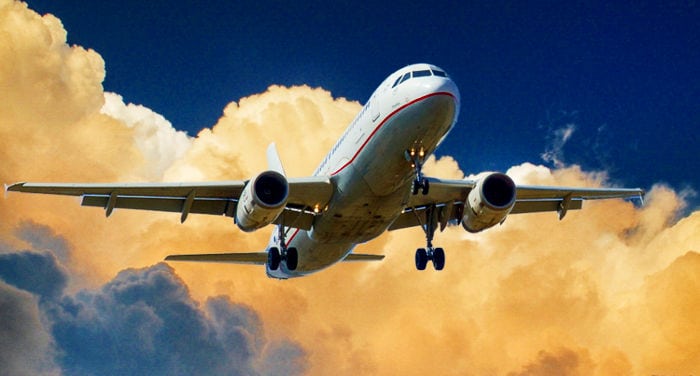 Click here if you want to jump directly to the comparison of some popular flight comparison websites!

The price of flights varies in such a way that it often seems arbitrary. There are many studies that try to predict ticket price trends. Below, I detail some of the main conclusions of these studies, which will let you save money when purchasing plane tickets:


How can I find the best price on a domestic flight in China?

This section of the article is dedicated to domestic flights (for example Beijing-Shanghai). Please note that what I recommend also goes for flights to and from Hong Kong, Macao and Taipei. If instead you’re interested in an international flight (such as  Los Angeles-Beijing) go right to the next section!

For domestic flights, I recommend Trip, a Chinese agency that offers excellent prices and has the advantage of having its website in English and accepts payment via certain credit (or debit) cards like MasterCard, Visa or Union Pay (Chinese network).

The only websites that we know of where it’s possible to find domestic flights for a lower price than Trip are Spring Airlines and Qunar.

Spring is a “budget” airline, which means that they offer limited flights and itineraries. Thus, you will have less flexibility. The problem with Qunar is that the site is only in Chinese.

How can I find the best price on a flight to China?

It’s hard to suggest a company with the best prices to China since prices vary according to time period, airport, departure and arrival cities. Here are my suggestions to find the best possible price on a flight:

Here at SDC we don’t recommend using price comparison websites, such as Momondo, Kayak or Skyscanner, among others. Instead,
we suggest to use search engines such as Vayama, Expedia or eDreams.

Price comparison websites are platforms that compare the price of flights from multiple platforms and travel agencies. In other words, they don’t let you purchase plane tickets directly, but rather use third parties that offer this service.

In theory, these platforms let you find the travel agency or platform that offers the lowest price for the same ticket. However, often this is not the case. Many platforms have decided to artificially lower their prices and hide their commissions in order to show up in the first results. Because of this, tickets end up being much more expensive than those sold on “clear” platforms, which do show the final price when someone does a search.

Comparison of the most popular platforms

Booking commission: Plane ticket search platforms are travel agencies and therefore offer a service that they are going to charge for somehow, whether directly or indirectly. Knowing when they are charging you for their service can sometimes be difficult, as they tend to hide these amounts in other costs (some of them even include them in airport fees).

Payment commission: Some platforms charge you based on the payment method that you use or the country of the card you are using.

Flexible dates: One of the easiest ways to save money is to compare different travel dates. Few platforms offer this possibility, as it requires huge data analysis capabilities. The majority of the platforms that do it don’t do it in real time, but rather aggregate data from previous searches by other users. My recommendation is to use platforms that let you look up flights on different dates (such as Google flights) and then do a simple search with your preferred platform on the dates that you want.

Number of airlines: It’s important that the platform is able to compare the largest number of combinations possible among different airlines, as this is the secret behind why these platforms can offer lower prices than by searching directly on the websites of airline companies.

Low-cost airlines: Many platforms don’t include low-cost airlines, which are important if you are going to change flights during your trip because not many direct flights exist.

Cancellation fee: You should keep in mind that the majority of low-cost tickets don’t allow cancellations or changes. If you want to buy a ticket with a certain amount of flexibility, it’s important to use a platform that doesn’t charge you for making changes or cancellations (on top of what the airline charges).

Price includes commission: Many platforms show prices without fees or commissions in order to appear in the first results on price comparison websites such as Skyscanner, Kayak or Momondo. Normally, these platforms hide commissions because they tend to be a lot higher than those of their competitors, so be careful that you don’t get surprised by additional charges when booking your ticket.