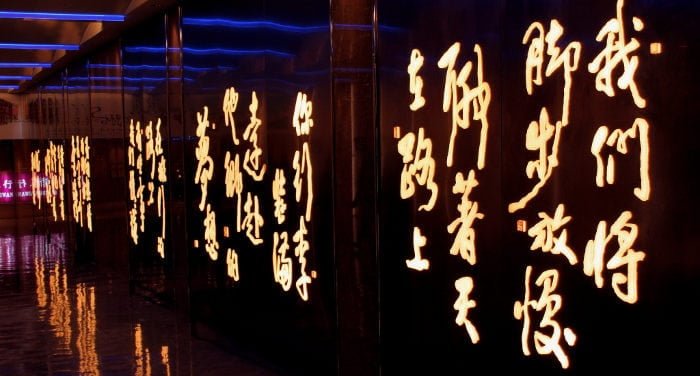 The topic-comment structure is perhaps one of the most difficult peculiarities of the Chinese language to master for those who aren’t Chinese.

In short, the Chinese phrase can also be structured according to a sequence that is conventionally called “topic-comment”. The topic, located at the initial position of the phrase, is a name or defined noun syntagm that can be named before; the comment is the statement that follows which says something about the topic. The comment, usually, follows the syntactic order SVO, where S is for subject, V is for verb and O is for object.

What divides the topic from the comment? Usually in the written form of the language, there’s a comma inserted between the topic and comment for a pause; but in the spoken language we can find (though it isn’t obligatory) one of these modal particles: 啊 (a); 呢 (ne); 吧 (ba).

Let’s look at a few examples:

Comment:
我想看。
wǒ xiǎng kàn.
I want to read it.

Speaking of the topic-comment structure, I can’t help but mention the adverb 都 (dōu), an adverb that has multiple uses and meanings.

In this place, we’re interested in 都 as an adverb, which is put immediately before the verb and is generally translated as “all”, with the purpose of referring to something mentioned earlier.

都 (dōu) is often found inserted in the comment to refer to something that was mentioned in the topic:

都 can also refer to an object that can be ommitted:

Moreover, 都 can be preceded or followed by the negating adverb. According to its position in the phrase, the meaning changes:

After all that was said above, you might be asking why you’d use the topic-comment structure? It’s simple: you need to focus the listener’s attention on something in particular!

The direct and indirect object

Chinese is a language of the SVO type, or subject – verb – object. Nevertheless, in Chinese the objects fall into two distinct types: the direct object and indirect object.

As you can see in the examples listed above, the direct objects (the apple, the newspaper and the cats) undergo an effect on the part of the verb placed immediately before it: the apple is eaten, the newspaper gets read and the cats get bitten.

When a monosyllabic verb is used to represent a generic action (to read, to eat, to sleep) and not an action directed to an end, it must be immediately followed by an apparent object (the conventional name considered most compatible for a determined verb).

The indirect object indicates the recipient or beneficiary of the action produced by the verb and precedes the direct object in any case. The direct object includes verbs that are conventionally called dative verbs because they are close to those that in “Western” languages are the complement of the term:

Here are the main dative verbs:

我送妈妈一本书。
Wǒ sòng māma yī běn shū.
I give my mom a book.

Note that the character 给 (gěi) which we saw as “to give to”, in Chinese can introduce the beneficiary of the action by assuming the value of “to” or “for”: