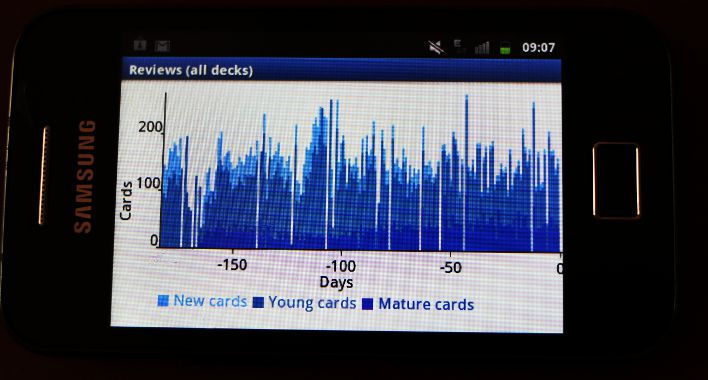 Anki’s screenshot: The number of flashcards I reviewed every day in the past six months.

It’d been six months that I’m studying Chinese in a regular fashion. The idea was not to master the language as fast as I could. This is not a race.

It was more about using unconventional methods to improve my Mandarin in a significant way even if I can only study about an hour per day.

In these six months there were choices that I got right from the beginning and things that I could have done better. Much better.

The main goal of this post is to highlight all the things I did right and, most important, all my mistakes so that I (and maybe you too) can avoid them in the future.

The choices I would do again 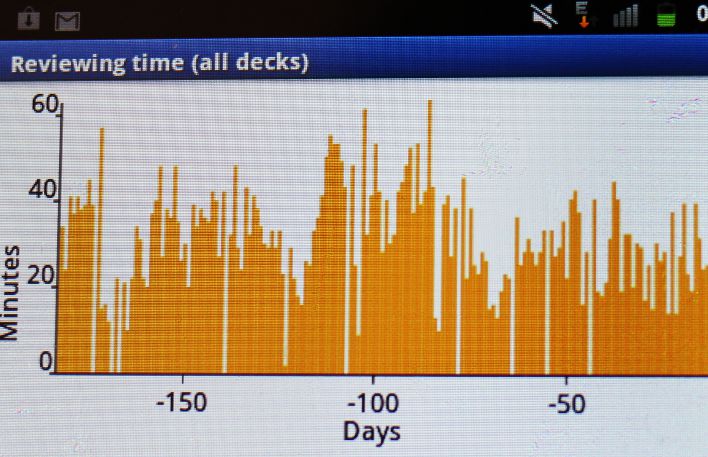 Anki’s screenshot: The time I spent everyday reviewing my flashcards.

The choices I wouldn’t do again

UPDATE 30/11/2015: The decks I was using aren’t available on Anki anymore; however there are plenty of decks to choose from on the Anki Database. 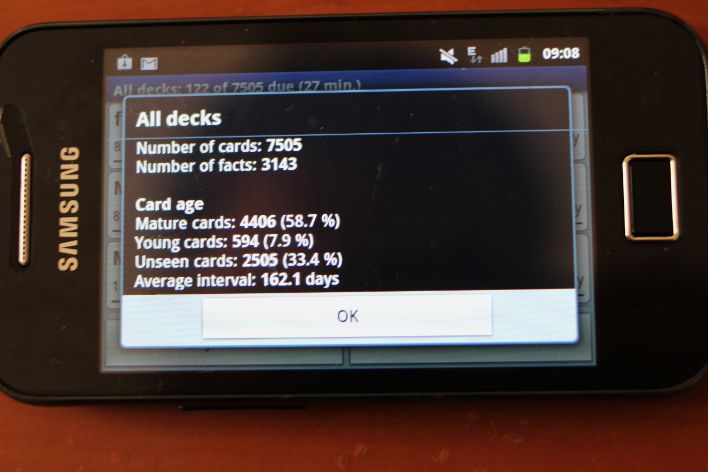 The statistics from my Anki decks.

How I’m going to modify my daily scheduling

Will I achieve my original goal?

Six months ago I set the following goal:

“My purpose is to be able to read Chinese newspapers, understand a talk show and have a “normal speed” conversation with any Chinese person that can speak standard Mandarin. I want to achieve this goal in a year from today.”

Even if my Mandarin level skyrocketed since when I started to study, giving the pace I’m progressing I don’t think I will be able to reach all the objectives.

This is not a bad news.

Here the reason: let’s say in 2010 you didn’t do any sport at all. But in 2011 you set the goal of running a marathon within a year. You trained everyday but at the end you were only able to complete half marathon. Should you be disappointed? I don’t think so. You trained every day (this was the main point of having a goal after all) and, if you keep working hard, you will probably complete your marathon this year.

What I’m saying is that, as long as you did your best to achieve them, it’s acceptable to fail your goals. The important is to progress in a steady pace!