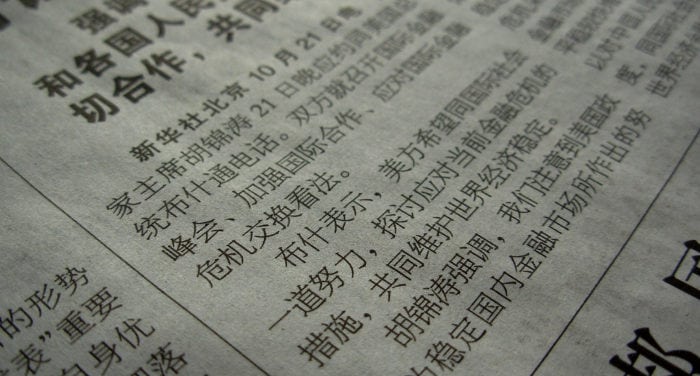 In this article we’ll seek to illustrate the main prepositions used in the modern Chinese language.

他替我买了一本书.
Tā tì wǒ mǎi le yī běn shū.
He bought a book for me (in the sense that he physically went to buy the book in my place and used my money).

Important: used with this function, this character is read with the fourth tone.

The final preposition indicates the end toward which an action or state of things is directed. The character used for this construction is 为 (wèi), which can be translated as “for” or “to the end of” (as before, this character is used in the fourth tone). 为了 (wei le) placed at the beginning of the phrase introduces a causal preposition “because of/for”.

Objective propositions are phrases that correspond to the complement object of the verb of the main clause. The objectives or incorporate are introduced by verbs like: to judge, to believe, to think, to see, and so on.

Causative verbs, also called doable, express an action not done by the subject but done by others. The most used causative verbs are: to ask, to pray, to let, to make sure that, to permit.

A structure that’s often used is the following:

With this structure, the speaker makes sure that the listener does what the speaker says, without giving them the chance to reply.