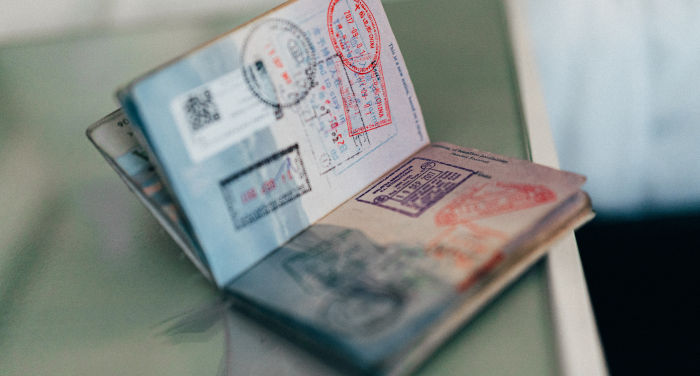 For all those who wish to come and live in Thailand for more than six months, one of the greatest obstacles to overcomes has to do with the visa.

Like the rest of Asia, but Thailand in particular, getting a (non tourist) visa that will allow you to live in the country for mid to long range period of time is a complicated and often confusing process.

The various types of visas for Thailand

The first big distinction to make among the various types of visas is the difference between the tourist visa and the so-called “visa non-immigrant”. This second category contains six main types of visas: business, work, retirement, family reunion and also student visas.

The student visa, commonly called the “Education Visa – ED Visa”, is in turn divided into two sub-categories. The first has to do with the type of visas that center around those looking to attend a school to learn Thai, English, or weekly courses of Muay Thai. The second category deals with university student visas.

The difference between these types of ED visas is substantial both in terms of time, since the university visa requires you go to the immigration office only once a year (for renewal), instead of every two months with the first type of student visa,;as well as in monetary terms since it costs only 1.900 TBH (about 50 euro), instead of 1.900 THB x 5 times a year = 9.500 TBH (about 300 euro).

Do you need help to get your visa for Thailand?
Click here to see the agencies that we recommend!

How student visas work in Thailand

Obviously to get a university visa you have to actually enroll in a Thai university, whether public or private, and take the various courses and pass the exams. In order to renew your visa from year to year you will be asked to provide an official document from the university that attests that the student has passed all their exams in the preceding two semesters.

The process is completely different for other Thai schools where after paying the tuition fee, it’s up to the student whether or not they want to attend the lessons.

With the coming of the military junta to head the government, the visa situation in Thailand changes quite frequently. Up until August of 2016 all those who attended Thai language schools had to renew their visas every 60 days, and pass a test from the ministry of education after six months in order to extend your visa’s validity up to 90 days.

This law has recently been repealed along with the test every six months; all those who today have a student visa thanks to enrolling in a Thai school have to renew their visas every 60 days.

The procedure for getting a student visa

The ED visa can be obtained in your country of origin, and if you’re thinking of living in Thailand but are still in your country the best option for you is to go to the Thai embassy, or one of the consulates.

If instead you’re already in Asia and you decide that a student visa works for you, you can go to one of the Thai embassies in the bordering countries, among which is Laos, considered to be one of the best in terms of time, and apply for the visa right there.

Before applying for the visa you’ll need to be enrolled in and have paid a school to learn a local language (the option chosen by 95% who have an ED visa), or attend a university course.

After having paid the yearly installment the school itself will prepare all the necessary documents needed to get a visa. If you’re still in your country they’ll send it to you via international couriers such as DHL, and you must bring it to a Thai embassy or consulate. If you’re already in Thailand the only choice is to leave the country and go to one of the embassies in the surrounding countries.

This procedure is only for the first type of visa, after which once you arrive in Thailand and spend the first two months there, you yourself will have to go to the immigration office in the city where you live to extend it another 60 days.

One very important thing, besides applying for an extension and filling out the form, is to declare every 90 days your present address on Thai soil, printing a copy of the “90 days report”. The Thai authorities are becoming increasingly severe about this type of notification, and failing to do so can bring a penalty of a maximum of 5.000 TBH (about 150 Euro).

A last consideration to keep in mind is that when you fill out the forms for the first type of ED visa is to decide on whether you want a single entry visa, a visa that does not allow for you to leave the country (if you decide to leave and re-enter you’ll have to pay 1.000 THB for each time you leave and fill out a special form, otherwise your student visa will be annulled), or if you want a multiple entry visa and pay 3.800 TBH (about 100 Euro), to leave Thailand as much as you want and still keep your ED visa.

There are many schools that offer Thai courses, especially in the capital, Bangkok. Among the least expensive there’s Sandee School, where an annual course of 400 total hours costs 500 USD.

The types of courses and visas offered can vary from a minimum of six months up to a maximum of a year. This doesn’t mean though that in six months or a year you’ll never have to renew your visa; it just means that the Thai authorities grant you a visa of up to six months- a year, during which you’ll have to pay 1.900 THB every two months, and if you fail to do so in the allotted time you’ll have to redo the entire process from the top, namely asking for new documents form the Thai school and leaving the country to request a new visa to re-enter.

The opposite are the university visas, where the annual renewal takes place without the student having to leave the country.

The most obvious advantage is to enter with a university visa, which allows you to stay in the country for twelve months paying only 1.900 THB. Nevertheless, the ED visa is generally considered much more advantageous than the tourist visa, where you have to leave Thailand every 60 days to then reenter for another 30 days and leave again if you want to get another visa.

With the ED visa it is also possible to have discounts at some theme parks, such as Ancient Siam, where the full price of 700 THB can be had at a 50% discount. Wednesday evening, at all the big shopping malls where there’s theaters and bowling, all films and games are reduced to half price to those with a student card.

Further advantages for the student visa are being able to open a free bank account with any bank on Thai soil, with a minimum deposit of 500 THB, of which 450 will be given back to you when you decide to close the account. Another important advantage, especially if you travel everyday with public transport, is being able to get a student card for the Sky Train (only for those under 23!) with reduced pricing.

From the change of government that took place in the Spring of 2014 and especially after the attempt that befell Bangkok in August of last year, the visa situation in Thailand is becoming increasingly more restrictive: the costs have remained the same but the length of stay is going down passing from 90 to 60 days. The documents needed to renew your visa have increased and starting from August 2016 also require a copy of a rental contract and a copy of a bill made out in your name.

In the past few months they have circulated in some provinces, like Phuket, new “90 days report” forms, where in addition to the basic information such as address and phone number you’re asked for your name in various social network profiles, vehicles you own, what restaurants you frequent and your bank account number.