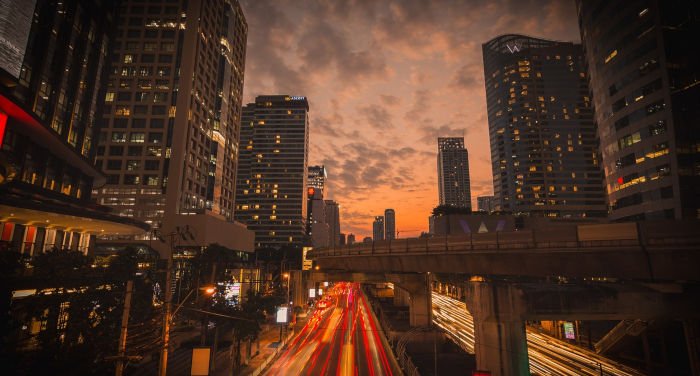 Thailand is the second-biggest economy in Southeast Asia and has welcomed millions of foreign retirees, expats, and workers in the past decades. Here, you can find numerous Japanese, German, and manufacturers from other countries who set up assembly operations.

How can I find a job in Thailand?

You can look for jobs in various ways and you can also combine the options. This is the most effective way if you want to land a job quickly. For foreigners who have stayed in Thailand for a while, some options might be better than for persons who just arrived.

Below we have listed some of the most common ways for foreigners to find a job in Thailand.

Finding a job through referrals and recommendations

This is one of the most common ways of finding jobs, not only in Thailand but in many other places in the world. One of the benefits of having and nurturing a wide network of people is that you will manage the hiring process significantly easier.

The best way of expanding your network in any given city is to attend events, socialize, and actively try to connect with people. Let’s say that you arrive in Bangkok, one of your first steps should be to join Facebook and Internations groups.

Don’t be shy, connect with fellow countrymen on Facebook, say that you just arrived, and ask if they want to have a coffee. People are often more than helpful.

Finding a job via job boards

When applying for jobs, the companies and recruiters will keep your CV in case you’re suitable for other positions within the company. Some of the best job boards that you should have a look at are:

Also, ThaiNGO: is an excellent site for those looking to work in international development. This portal is constantly updated with offers from simple unpaid internships, up to particularly important positions.

If there’s contact information for the recruiters who posted the vacancies, you can also follow them up to show your interest.

Finding a job with the help of inhouse recruiters

This is another good option if you’re interested in a particular company and want to get some additional exposure. LinkedIn is inevitably one of the best websites to connect with recruiters at companies. Simply add them to your network and introduce yourself and your goals. You can also connect with hiring managers directly.

Finding a job via recruitment agencies

This is a great option if you want to maximize your exposure to local companies. Most recruitment agencies allow you to submit your resume online and you can also call or send emails to recruiters via the contact information on vacancies online.

In Thailand, you have access to plenty of recruitment agencies, including:

I suggest you submit your resume to all the websites to increase your chances of finding a job.

How is the job market in Thailand?

Thailand’s job market is comparatively developed by Southeast Asian standards and the most sought-after jobs in Thailand are a mix of non-tech and tech jobs. In 2019, the most popular jobs were in:

With the increased digitization, we also see a particularly big demand for highly-skilled tech workers, such as programmers and data scientists. There are also plenty of applications for sales roles.

That said, many of the roles require that you have a unique skill or experience that cannot be found among local applicants. Thus, landing a job in Thailand is easier said than done and you can get hired significantly faster if you have developed a network there.

Requirements for foreigners to work in Thailand

Before you can start working in Thailand you need to have a work permit. The permit shows your occupation, position in the company, or job description, and the Thai company you work for. It’s also used as a license to perform a job in Thailand.

It’s processed by the Ministry of Labor and your employer or agent can help you with the application. To get granted a work permit, you have to prepare the following documents:

Your employer, on the other hand, has to provide the following documents:

Keep in mind that you also have to bring and keep the work permit at your workplace and during work hours. Besides, you can only do the job as stated in the permit and for that specific employer.

How high are salaries in Thailand?

Recruitment agencies predict salary raises of 20% – 30% among job movers in Thailand, rates that are high, of course. Below I’ve listed the yearly salaries for various occupations in Thailand.

With that said, if you’re looking for your first job in Thailand and already moved to the country, I’d suggest you lower your salary requirements and if you’re in urgent need of a job.

How high are the income taxes?

Both non-residents and residents are taxed on income derived from business or employment in Thailand. It doesn’t matter if the money is paid outside or in Thailand.

Thailand taxes both residents and non-residents on income derived from employment or business carried out in Thailand, regardless of whether it is paid in or outside of Thailand.

As of 2020, the income tax rate increases progressively as follows:

The tax rates are comparatively low in Thailand and persons who are aged 65 or above also receive a tax exemption on the first THB 190,000 of their taxable income. Worth keeping in mind is also that they don’t have a 45% tax rate as in many other countries.

Which cities are best to look for jobs in Thailand?

Bangkok is one of the most visited cities in the world and the capital of Thailand. With a population of almost 10 million people, Bangkok is generally the best city if you look for jobs in Thailand.

You’ll also be able to find most jobs catered to foreigners and expats here.

Worth mentioning is that Bangkok is home to all foreign banks and insurance companies in Bangkok. Thus, if you look for a job in banking or accounting, you should have Bangkok at the top of your list.

Chiang Mai is famous for its laid back atmosphere, many temples, mountains, and foreigners who do yoga and meditation. The job market is slimmer in Chiang Mai compared to Bangkok, but you’ll still be able to find a job as a teacher, IT support/web developer, graphic designer, hotel manager, and similar.

Phuket is a vibrant resort island that attracts plenty of foreigners. The job market is not as big as in Bangkok, you’ll mostly find jobs in the traveling, real estate, and restaurant industry. You can also find a job in IT and teaching.

The majority of foreigners that I met in Bangkok taught English. Why is this profession so popular among the so-called Farang?

The main reason is that the education sector, particularly that of English, is what offers the majority of job opportunities, and is the easiest to get.

The level of English of the Thai population is very low, and to remedy this situation that is more than just a little embarrassing, the government has decided to raise the level of a foreign language, hiring foreigners (considered by the Thais as the only ones who can effectively speak English well), mainly because of their mother tongue.

There’s certainly no lack in this sector, the schools are very willing to pay for a work visa and permit to qualified foreign teachers.

Moreover, the schools really look for foreign Western teachers (those of Asian ethnicity are far less sought after), to attract new enrollment, given that there’s the popular belief that all you need is to be white to speak “perfect” English.

In recent years the Thai government has also introduced a new criterion for being allowed to teach English in their schools: possession of a three-year degree, the so-called Bachelors.

Many schools though are willing to hire foreigners that don’t meet this requirement, and since work visas aren’t issued to those who don’t have a first-level degree, the schools pass off these people as volunteers, offering them a different type of visa and also paying them less (even just 15,000-18,000 THB a month).

The following is considered illegal work:

For those discovered to be working illegally in Thailand, there are some hefty fines. You could also be deported from the country and be barred from entering the country for many years. The worst eventuality is a prison!

There are many foreigners that work illegally, especially in sectors like IT, and real estate agencies, where local companies need people who speak English well, but also when they find those who aren’t willing to sponsor their work visa.

Many foreigners in fact work with 60-day tourist visas, after which they are obligated to leave the country (or request a 30-day extension) to then re-enter and repeat the process after two months.