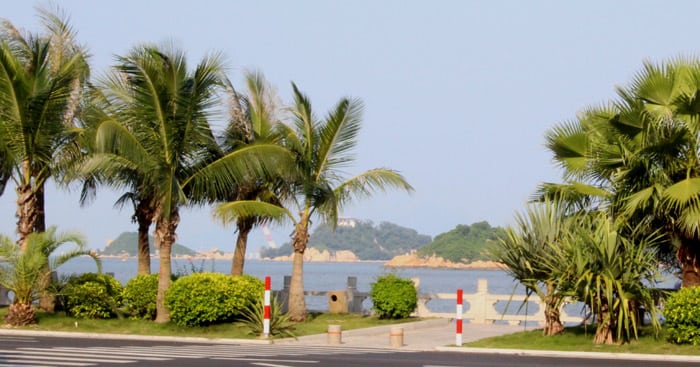 Zhuhai is a city on the southern coast of Guangdong province in China. Situated on the Pearl River Delta, it is often referred to as “Pearl City” and is known locally for its beautiful coastline, islands and low population. It’s also the gateway to Macau. The provincial capital of Guangzhou is 150 km to the north.

Like neighbouring Shenzhen, Zhuhai was until the 1970s, inhabited by fishermen, with a small population of only 100,000. In 1979 it was designated a Special Economic Zone (SEZ), and the city has expanded to around 1.5 million people. It’s not nearly as large or built-up as its neighbouring cities, and it is prettier and cleaner with a feeling not dissimilar to parts of the South of France!

Zhuhai is full of green wide-open spaces and parks. The roads are wide and less oppressive than Shenzhen giving a very different feel. The air is clean and its long beach front, lined with swaying palm trees, has made it a popular Chinese tourist destination. They also come to experience its “colourful nightlife” – make of that what you will! And, according to the Chinese Academy of Social Sciences, it is also the most “liveable city in China”. For leisurely walks, fresh air and a reprieve from 1st tier city life, Zhuhai is a great city to explore for a day or two.

This is a small city by Chinese standards. There is no metro system, but there are plentiful buses that are regular, clean and extremely inexpensive at only 2-3 Yuan a journey. Taxis are also a cheap, convenient way to explore the city with a starting fare of just 10 Yuan. The official taxi colour is green and yellow, so they are easy to spot. If you arrive at the port at Jiuzhou, as we did, you can use your ferry ticket to get a free bus trip to downtown Gongbei on the Macau border.

END_OF_DOCUMENT_TOKEN_TO_BE_REPLACED 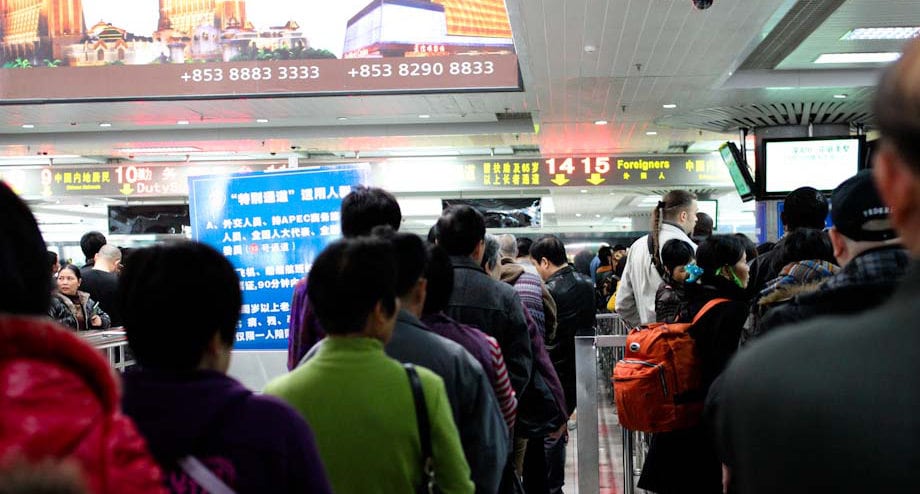 Despite not being as well known as the one between Shenzhen and Hong Kong, even less-famous Zhuhai has its border checkpoint, Gonbei Port, from which it’s possible to get to Macau (or enter China from Macau). Actually, between Zhuhai e Macau there’s also a second checkpoint, Hengqin, which is mainly just used for the transport of goods.

In recent years, travel to and from Macau has grown, and in the last year alone, about 100 million people passed through Gonbei checkpoint.

Who goes to Macau? Besides Chinese tourists full of cash who are looking to gamble it all away in the Las Vegas of Asia, from what I saw there are tons of farmers and small-time merchants who shuttle across to sell their products in much wealthier Macau. But there are also students, businessmen and foreigners looking to renew their visas who make the crossing.

This photo gallery is dedicated to them and the variety of trades that operate near the borders. Enjoy! END_OF_DOCUMENT_TOKEN_TO_BE_REPLACED