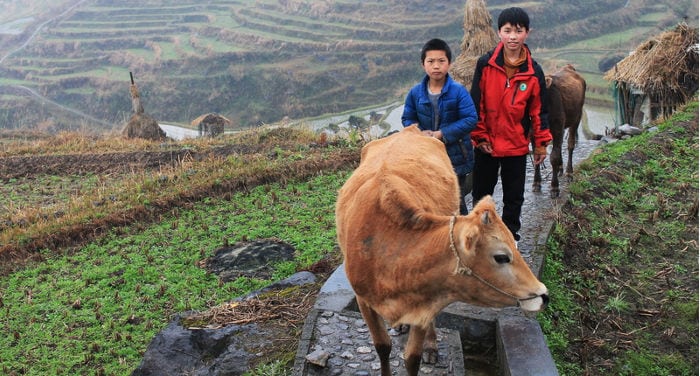 Without a doubt, the crown jewel of this county is Taohuayuan, 桃花源, or “The peach blossom spring”, a scenic area that got the highest rating of 5A (AAAAA).