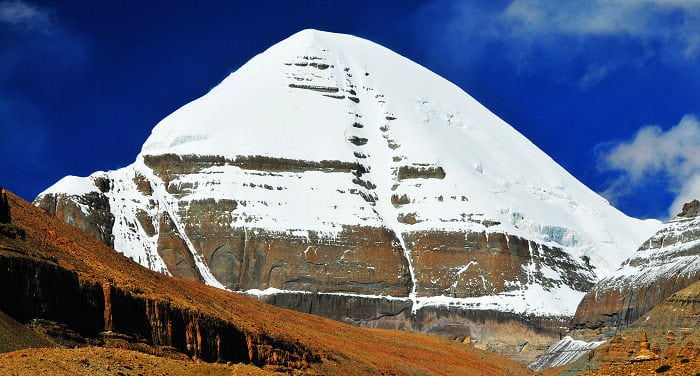 This article was written by Harley Greenberg, manager at WindHorseTour.

In this article, I would like to share all you need to know before you plan your trip to Mount Kailash.

P.s. If you are just looking for a tour quotation, you can click here and head directly to the tour form. We will put you in touch with a tour agency based in China, which specializes in tours in Tibet.

END_OF_DOCUMENT_TOKEN_TO_BE_REPLACED 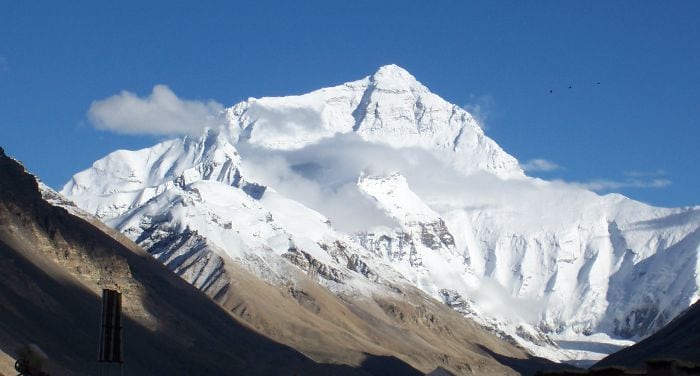 This article, a complete guide to visit the Everest North Base Camp, was written by Harley Greenberg, who arrived in China in 2008 as a Peace Corps Volunteer. When not teaching he would always crisscross the country and his first visit to Tibet was in 2009. Today Harley is a manager at WindHorseTour.

Your Guide to Visit the Everest Base Camp – Index

END_OF_DOCUMENT_TOKEN_TO_BE_REPLACED 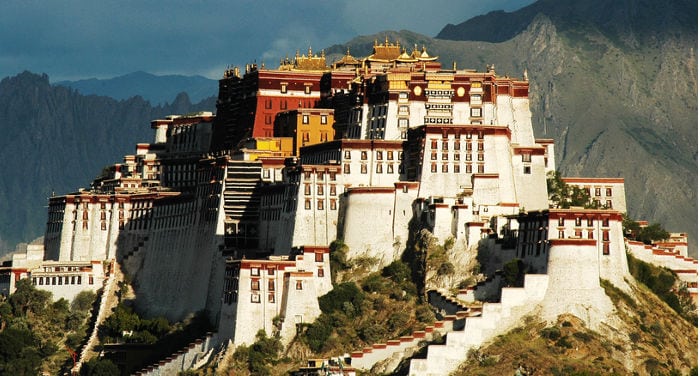 Tours to Tibet and the Everest Base Camp – Index

If you’ve already decided to book a Tibet tour but you aren’t sure what travel agency to choose, we can suggest a reliable agency to you Click here to contact us and we’ll get back to you as soon as possible.

END_OF_DOCUMENT_TOKEN_TO_BE_REPLACED

Travel to Tibet: Our Guide – Index

If you want to book a Tibet tour but you aren’t sure what travel agency to choose we can suggest you a reliable agency. Click here to contact us and we’ll get back to you as soon as possible.

p.s. For more in-depth information on traveling around China (insurances, vaccines, ATMs, internal flights, common scams, internet, food, etc.) you may have a look at my complete guide to travel to China. It’s massive, around 4,000 words, but you don’t need to read it all, just jump on the sections you find interesting to you. You can also download a travel phrasebook Chinese-English. END_OF_DOCUMENT_TOKEN_TO_BE_REPLACED 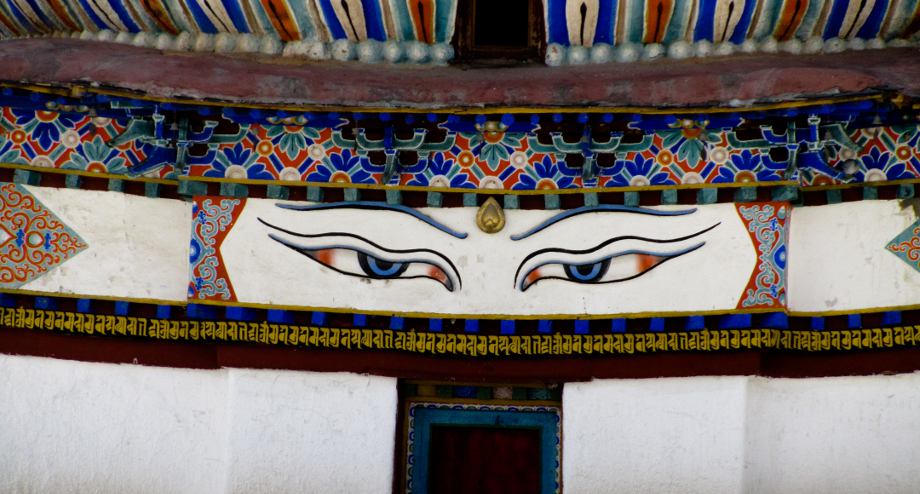 This article tells the last part of my travel to Tibet. If you didn’t read them yet, in the first two episodes you can learn about my adventures in Lhasa or virtually exploring the The holy lakes of Tibet.

The day after visiting the Namtso lake we get again on the bus and start our trip from Lhasa to Shigatse. We arrive at Yamdrok lake around 1 pm and to the Kharola Glacier a couple of hours later (see photos below).

Nobody told us where Shigatse was nor how much time would take to get there. So I wasn’t psychologically prepared to stay all day in a bus. The truth is that Tibet is huge and it takes time to move to a place to another. Is it worth the effort? Yep, for me it is! END_OF_DOCUMENT_TOKEN_TO_BE_REPLACED 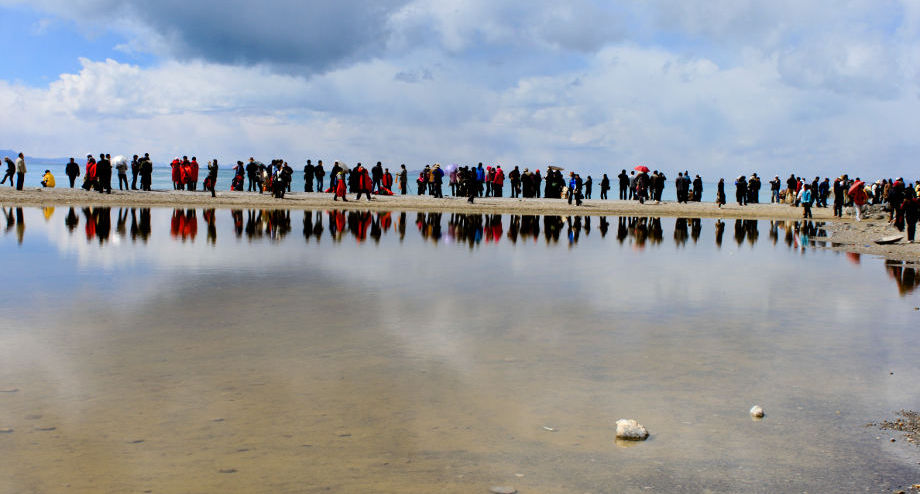 Before to visit a country, or a region, we all have a general idea of what to expect. And, unless we research our trip in advance, this idea is usually wrong.

I was expecting to find a barren land composed by mountains and rocks in Tibet. Conversely, the Eastern Tibet plateau is a green land where Lakes act as the main character.

There are nine Holy Lakes in Tibet. Today I want to focus on the two that I was able to visit, Namtso Lake and Yamdrok Lake. They are, together with Manasarovar Lake, the most famous lakes of Tibet. END_OF_DOCUMENT_TOKEN_TO_BE_REPLACED 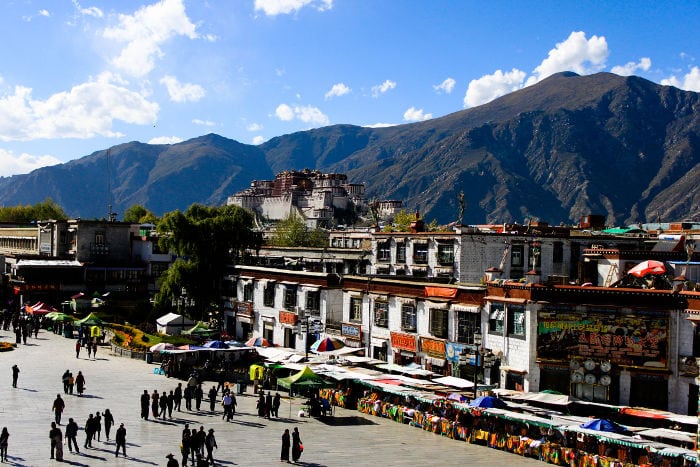 When I arrived in Lhasa all I could think about was that I needed a shower. I got there by train and it was two days that I couldn’t get one.

Beside that, I felt a sense of accomplishment. When I was a teenager I could imagine myself traveling to Paris, or even Los Angeles… after all I had seen these place in so many movies. It seemed possible.

But going to Tibet? No way.

Then again, sometimes reality goes beyond fantasy and here I was, at 3,650 meters of altitude, just in front of the exit of Lhasa’s train station.

Are we missing anyone?

The third thing I thought was “Where the hell is our tour guide?”

It was two days that I didn’t see him (since we left from Beijing) and I’m not used to follow a guide. But you aren’t allow to travel to Tibet by yourself, as I’ve explained on my guide to Tibet. So here I was… looking for our chubby Tibetan guide. END_OF_DOCUMENT_TOKEN_TO_BE_REPLACED