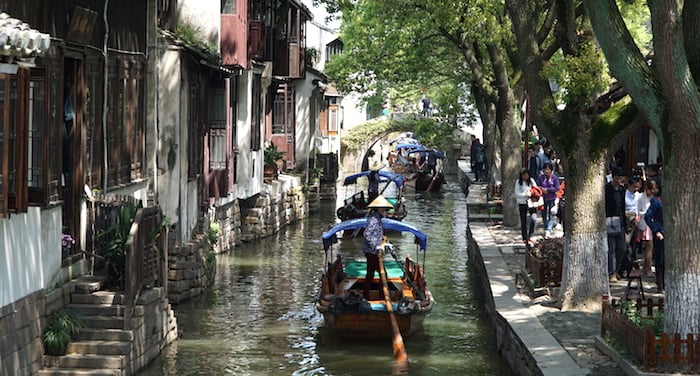 A glimpse of the canals of Tongli – Photo by Matteo Bosi

A thriving region in the east of Great China, Jiangsu is in the history books for the fundamental events that belong both to Imperial China and that of the republic. Various dynasties have chosen this central area for their capital; but when Sun Yat-Sen named Nanjing the capital of the republic for the thirty years that it lasted, and sadder still, after the famous Rape of Nanking, Jiangsu entered into modern history.

The region is currently among the richest and most developed; because of this, it’s the destination for migrants and internal movements of the poorer bordering regions, such as Anhui. Just think in terms of dimensions – it’s the smallest region but most densely populated of them all.

The capital city of Jiangsu is Nanjing. Shanghai was once included in part of the territory until its independence at the beginning of the last century; actually the recent history of Shanghai differs much from that of Jiangsu. However, the metropolis’s influence has helped the southern part of the region to increase economically and in terms of tourism: Suzhou is the surrounding area that most benefits from its vicinity to Shanghai.

Of all the characteristics of this province, the most noteworthy is certainly the massive presence of water. Not only does the infinite Yangtze flow right through Jiangsu, Shanghai and Zhejiang, in its enormous delta, but there are also several lakes.

And obviously, the eastern coast faces the sea. This abundance of aquatic resources has resulted in…rice and fish, a staple of the local diet. It has also earned the title of 水乡 (shuǐxiāng “land of water”), especially when referring to Suzhou and its surrounding towns as the Venice of the East. END_OF_DOCUMENT_TOKEN_TO_BE_REPLACED 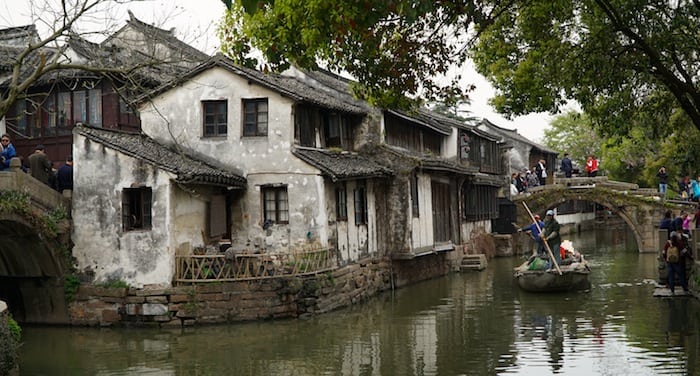 It would seem that Italy isn’t the only country to boast about having a floating city: the Chinese enjoy pointing put that they too have a Venice, rather more than one, since neighboring cities often contend for the title. Whatever your preference may be, 100 km out of Shanghai, in Jiangsu, where there’s plenty of water and lakes multiply into canals in the Yangtze delta, stand three towns that have left their mark on literature and art Suzhou (苏州), Tongli (同里) and Zhouzhuang (周庄).

The area is most famous for its silk production, which has historically been one of the greatest reasons for the blossoming of the cities. Even Marco Polo passed through these parts and he too spoke of Suzhou as a local Venice. In effect the structure of these centers, thick with canals and laced with bridges brings to mind the poetry of the Venetian city. However, forgive my ethnic bias, it doesn’t quite match the architectural beauty, although Suzhou might just have the best gardens to be found in China, while its two little sisters offer a partial glimpse at traditional China.

Suzhou is a UNESCO World Heritage Site and a city that has suffered a bit due to its nearness to mighty Shanghai and the capital of Jiangsu, Nanjing; but in recent years has retaken a central role even in the local quality of life. END_OF_DOCUMENT_TOKEN_TO_BE_REPLACED

Choosing a good hotel in Suzhou can be a difficult due to the large number of hotels and because in this city, many of the hotels are of doubtful quality. In this article, you will find a short review of some of the best hotels in Suzhou, whatever your budget may be. 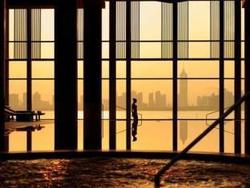 The InterContinental Suzhou Hotel has become popular with tourists and businessmen alike and is situated just 5 km from the city center. The English speaking 24 hour desk is happy to arrange tours and airport transfers. The Hotel has free Wi-Fi in every room as well as a business center and meeting facilities for commercial guests. Everyone can relax in the fitness center with a sauna, spa and indoor pool to enjoy before or after a busy day. Guests are close to all the action but can also use a coffee shop, bar, restaurant and nightclub within the hotel. Be prepared for an expensive menu if you intend to use the Riva restaurant however.