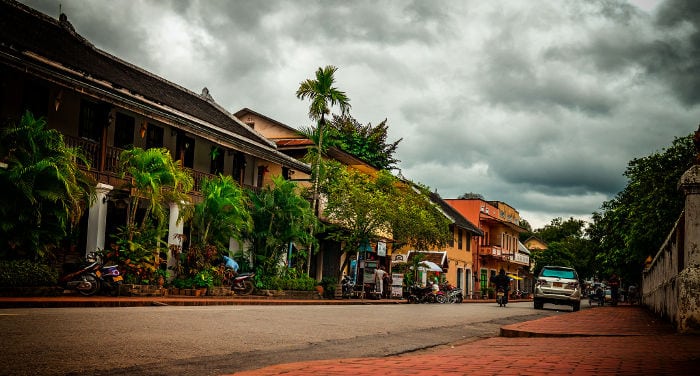 In this article I will guide you in discovering the town of Luang Prabang, a wonderful village in colonial style located on the banks of the Mekong River, Laos.

Luang Prabang is a small city located 390 kilometers north of the capital, Vientiane famous for its Buddhist temples, its waterfalls and night market, and peaceful days where not even a leaf moves.

The sensation you’ll have when you enter the town is that it is a completely different place compared to the rest of Southeast Asia, simliar only perhaps to Bagan in Myanmar, as far as atmosphere goes. And just like Bagan, Luang Prabang too has been classified as a UNESCO World Heritage Site (in 1995).

Its historical importance, which has given it its present appearance, is visible in three aspects: