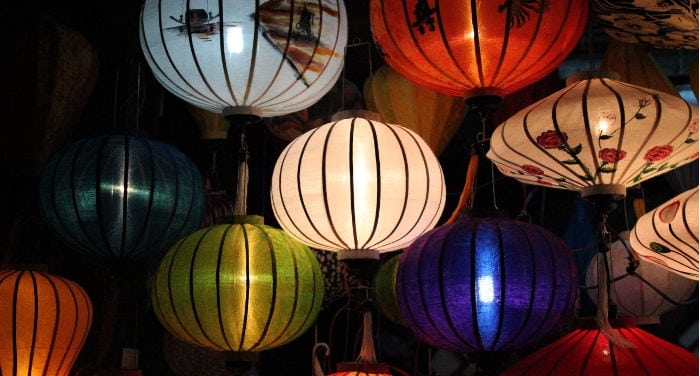 Once a vibrant, energetic port town along the Thu Bon River, Hoi An has grown into one of Vietnam’s top tourist destinations – and for good reason. Its rich history, unique culture, and mouth-watering cuisine, make this charming waterfront town a hit among visitors. Today, the entire town is recognized as a UNESCO Heritage site, ensuring the preservation of its lavish Chinese congregation halls, wooden houses, and fascinating past.

More than a few leave Hoi An laden with shopping bags, as the Old Town is home to innumerable tailors, who fashion just about any clothing item or accessory you can imagine. Wander around the Old Town and you’ll find scores of high-quality, handmade goods, from wearable items to traditional handicrafts. Though Hoi An may not be as big or bustling as other destinations in Vietnam, in many ways that’s part of the town’s charm, as it provides a beautiful, peaceful respite from the noisier, more chaotic streets of urban Vietnam.

Hoi An is most often reached by way of Da Nang, the modern metropolis 30 kilometres north whose status as a regional hub affords travellers access to an international airport as well as a train station and plenty of bus transport options.

Da Nang International Airport welcomes flights from destinations across Vietnam as well as a handful of international destinations within Asia. Nearby, the local train station is a major stop along the country’s north-to-south line, while the city’s bus station connects to other, smaller destinations throughout the area. Da Nang public bus number 1 also travels along the coast between downtown Da Nang and Hoi An every 20 minutes from 5:30 AM to 5:50 PM.

Beyond mass transit, a handful of Easy Rider companies can provide transport to Hoi An by way of single- and multi-day trips from destinations like Hué and Da Lat. These tailored motorbike tours feature experienced drivers/guides and stop at several attractions en route to Hoi An, such as Lang Co Beach and the scenic Hai Van Pass. END_OF_DOCUMENT_TOKEN_TO_BE_REPLACED

Hoi An located in the Vietnamese province of Quang Nam is one of the most popular touristic destination in Vietnam because of its well-preserved ancient trading port. Finding a good place to stay in Hoi An can be difficult because of the large number of options available. Here you’ll find the review of the best hotels whatever your budget may be.

If you are interested in the general idea of how to book hotels in Vietnam, you can read our recommendations here.

Reviews of Luxury (5 star) hotels in Hoi An 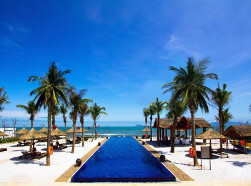 Sunrise Premium Resort Hoi An is a gorgeous resort in Hoi An with beautiful rooms and villas to accommodate smaller families to larger families. It features two bedroom villas for larger families offering breathtaking views of the ocean front and Deluxe rooms for couples and smaller families. The resort offers all inclusive packages to make the stay hassle-free. The staff is attentive, friendly, and goes out of the way to help out the guests with their needs and enquiries. The resort is 25.69 km away from the Da Nang Airport and only 6.17 km from the Nguyen Tat Thanh Bus Station. It is a great choice for families with kids as it offers services like kids club, kid’s swimming pool, family room, playground and babysitting service. The rooms are high on cleanliness and offer garden, pool, and oceanfront views. Stay connected throughout the stay with free Wi-Fi provided in rooms and public area. The resort offers exceptional facilities and services in addition to friendly staff who also speaks fluent English to cater to guests from western part of the world.