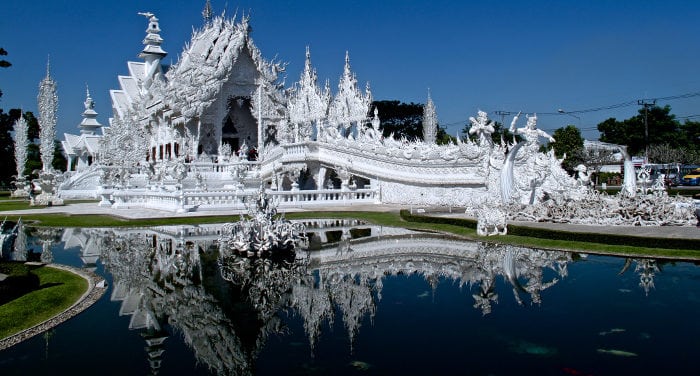 Chiang Rai, a city considered noble due to its past as the capital of the Kingdom of Lanna, is especially famous for its proximity to the golden triangle; an area on the Mekong River where the territories of Thailand, Laos, and Myanmar meet, forming a triangle. The golden triangle is widely known abroad as world’s most important region, second only to Afghanistan, for the production of opium during the 50’s.

Chiang Rai is however known for its Buddhist temples, particularly the marvelous White Temple (in Thai: Wat Rong Khun), located a few kilometers outside the middle of the city.

The city of Chiang Rai is about 800 kilometers from Bangkok, and is the capital of the province of the same name. Just a little smaller than Chiang Mai, Chiang Rai has a population of 70,000 inhabitants. Its territory is mainly mountainous, being situated 600 meters over sea level. This characteristic makes it so that in winter the lowest temperatures go down to even 15 degrees, which is very low for Thailand.

Its strategic position makes Chiang Rai a perfect spot for those that also want to visit Myanmar and Laos.

Regarding the first destination, you can take a taxi from the center of Chiang Rai which will take you to the border checkpoint (Mae Sot), or a bus. Once you get to the so-called friendship bridge, the bridge connecting the customs office of Mae Sot in Thailand and Myawaddy in Myanmar, you can follow the procedures for visas on arrival directly at the border immigration office, then go on for another kilometer toward the bus station. END_OF_DOCUMENT_TOKEN_TO_BE_REPLACED

Chiang Rai is the last city in the north of Thailand and one of the top touristic destinations in the famous Golden Triangle. The city offers a large number of accommodation and finding a good hotel can be difficult. In this article you’ll find the review of some of the best hotels in Chiang Rai whatever your budget may be. 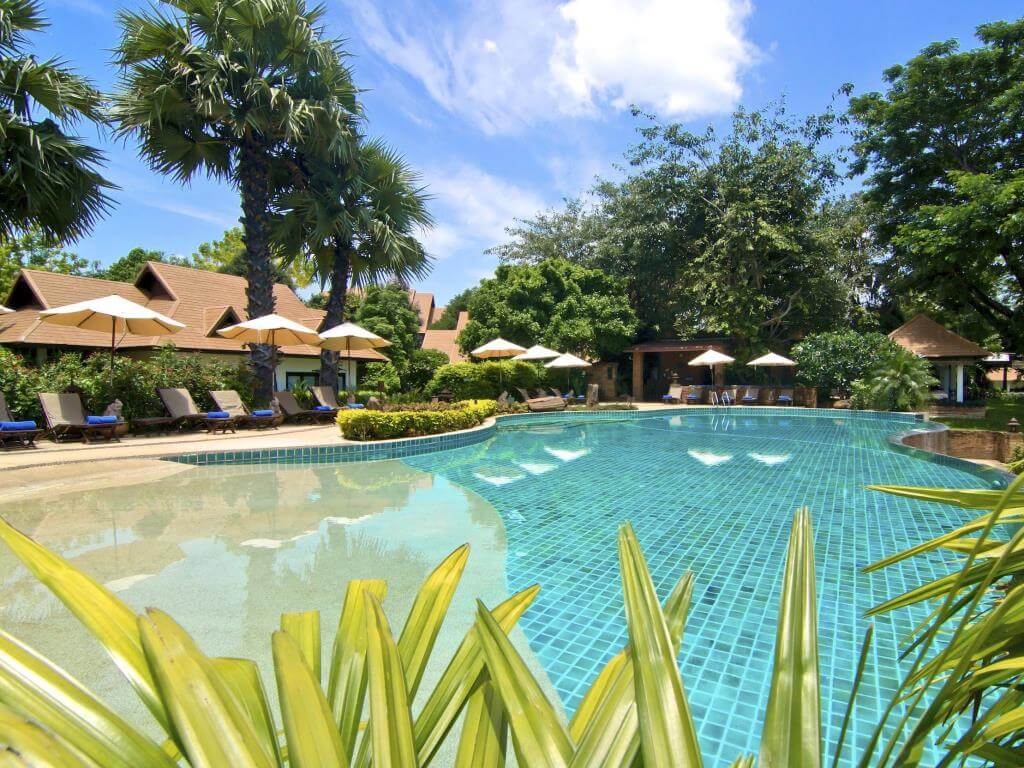 With 78 guestrooms, equipped with free Wifi and great location, the The Legend Chiang Rai Hotel is a lovely accommodation option for travellers. It features spacious and airy rooms, beautifully decorated with modern amenities. The pool villas offer lovely pool views. This hotel is a great option if guests want to bring along their fuzzy pals as the hotel warmly welcomes pets. For children, the hotel offers childcare services and facilities to make the families feel at home and as comfy as possible. The hotel is only 5.71 km away from the Chiang Rai Airport and only 1.61 km away from the Chiang Rai Bus Terminal1. Tourists Points of Interest like Statue of King Mengrai and King Meng Rai the Great Monument are within 9 minutes walk. The wats like Wat Pra Singh and Wat Phra Kaew can be reached within 14 minutes on foot. The staff is courteous and speaks fluent English for easy conversation with non-Thai guests.